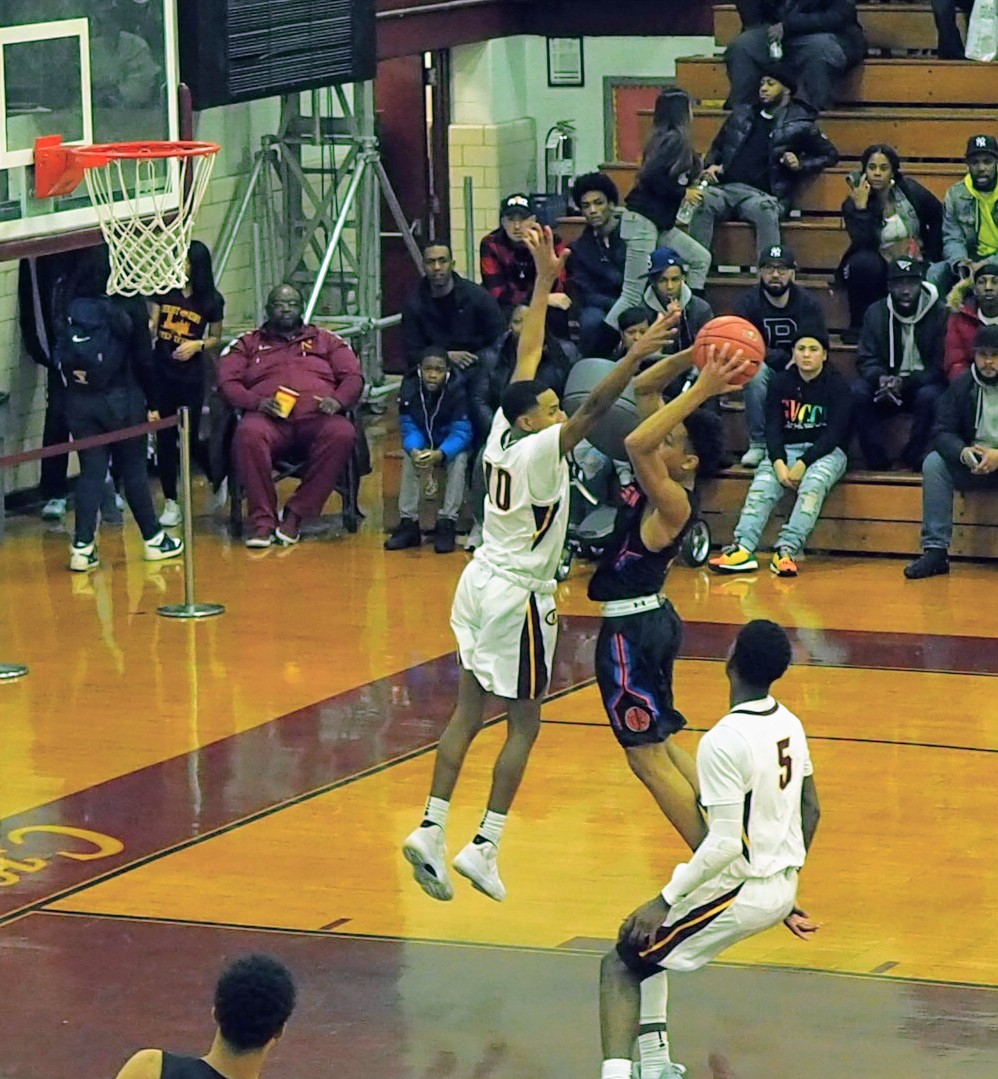 PSAL powerhouse Thomas Jefferson had Christ the King on the proverbial ropes on two separate occasions in the second half, but the Royals fought themselves out of a seven point hole both times and staged a late rally to top the Orange Wave 71-64 in the finale at the Apparel Challenge in Middle Village on Sunday.

Jefferson held a slim 31-30 edge at the half, but the Orange Wave jumped in front 37-30 early in the third quarter after back-to-back baskets by Kevin Tabb. Christ the King answered with a 9-0 run led by Nate Curry and Jared Harrison-Hunte. Curry scored the first five on a 3-point play and and a foul line jumper, while Harrison-Hunte converted a tip-in after a relentless effort on the glass and then intercepted a pass and found Ryan Myers downcourt to give CTK the lead at 39-37.

Jaquan Carlos stepped up for Jefferson, tying the score at 39, tying it again at 41 and then giving Jefferson the lead back at 47-45 on a 3-pointer. After a contested runner by Kareem Welch and a pair of free throws by Ramsey Saleh, Christ the King found theselves trailing by seven again, 54-47. This time the Royals countered with 10 unanswered, the first eight comprised of a Quaran McPherson putback, two fast-break layups by Sterling Jones and a power move by Harrison-Hunte off a feed from Jones, giving CTK a 55-54 edge and prompting a Jefferson timeout with 3:35 left.

McPherson was clutch for CTK down the stretch, putting the Royals ahead 61-56 on a runout layup and stretching the margin to six at 64-58 on a 3-pointer with less than a minute to play. Myers and Nicholas Molina helped closed it out for the Royals, going 4 for 4 from the stripe in the final minute to seal the well-earned 71-64 home win.

McPherson finished with a game-high 27 points and Curry scored 13 for Christ the King. Carlos and Saleh had 15 points each for Jefferson.