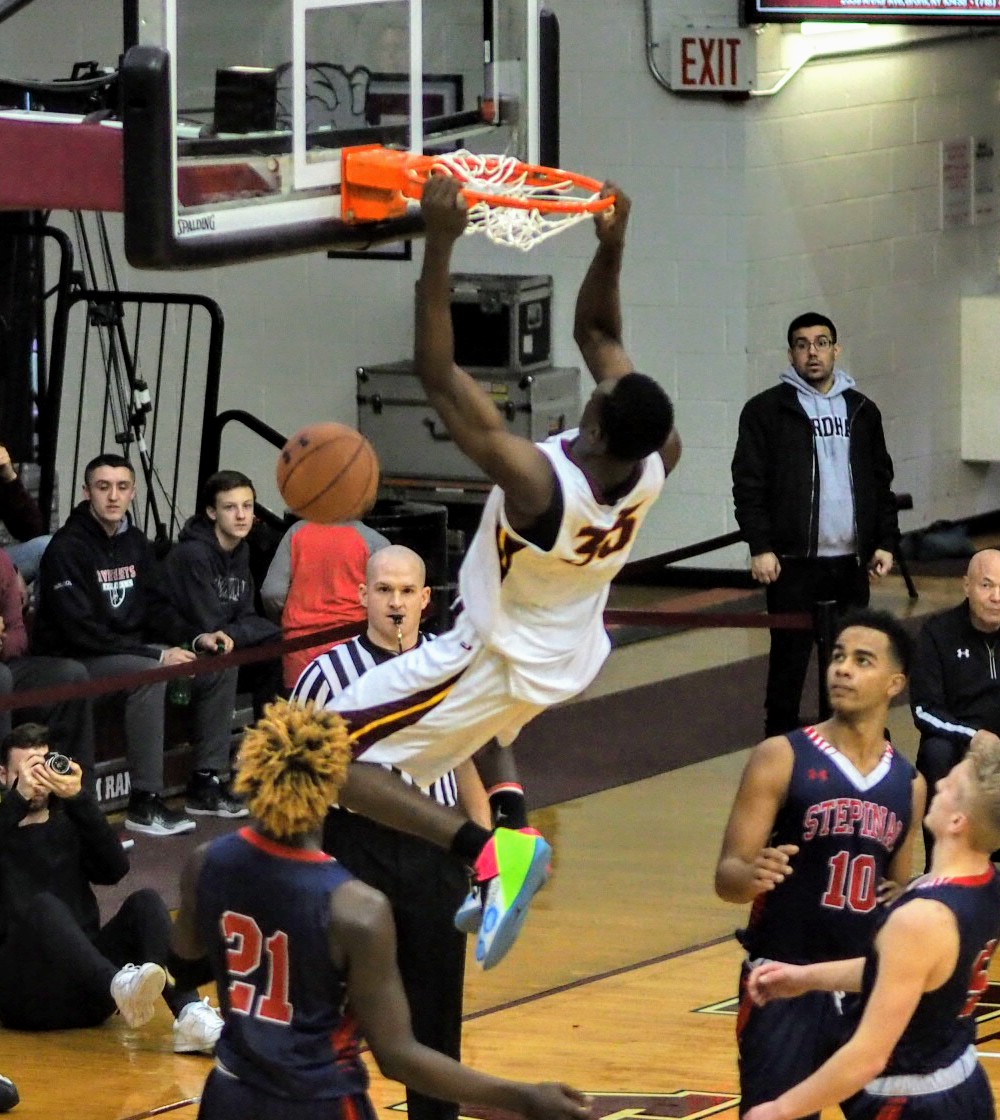 Christ the King held Archbishop Stepinac without a field goal in the fourth quarter, sparking a spectacular comeback to take the CHSAA crown with a 61-56 triumph at Fordham University on Sunday March 10, 2019.

Ryan Myers scored a team-high 19 points and Nathaniel Curry recorded a double-double, scoring 14 points and grabbing 14 rebounds for the Royals.

Stepinac entered the game boasting shooting percentages of 53.9% on 2-point field goals, 40.4% on 3-point goals and 92.1% on free throws in its two previous playoff games at Fordham.

That trend continued over the first three quarters, as RJ Davis and Adrian Griffin Jr. continued to burn the nets to keep the Crusaders comfortably in front. Stepinac led 19-10 after the opening quarter and held a 39-31 advantage at the half, with Davis putting up 20 points over the first 16 minutes.

#CHSAA AA Final.
Halftime:
Archbishop Stepinac 39
Christ the King 31
Stepinac's continual torrid shooting kept CTK on the ropes for most of the 1st half. Royals have somehow managed to keep the deficit to single digits. #HSBB pic.twitter.com/aAfWzgaMz0

Stepinac took its largest lead of the game when Griffin Jr.'s runner on the baseline put the Crusaders in front 46-32 with 5:36 left in the third, but Christ the King answered with a 7-0 run comprised of a baseline dunk by Moussa Cisse, a 3-pointer by Ryan Myers and a hesitation dribble by Sterling Jones. With the Royals now within 7 at 46-39, Stepinac called for time with 4:17 left in the quarter.

Christ the King made defensive adjustments, trapping Davis and Griffin Jr. once they dribbled within scoring range, and Stepinac's offense started to sputter. The Royals pulled within a bucket at 55-53 on another 3-pointer by Myers, this one off a Cisse ball screen with 4:17 left, and Myers knotted the score at 56 on a free throw with 2:40 to play.

Christ the King finally took the lead at 58-56 on a Cisse dunk off a brilliant feed from Jones with just 1:05 left, and Lovell Smith's double-clutch put the Royals up 60-56 with just 35.1 ticks on the clock. CTK left the door ajar when Smith, Jared Harrison-Hunte and Cisse missed three consecutive freebies, but Stepinac could not get a shot to fall on their last few trips.

Davis finished with 22 points, 8 rebounds and 5 assists and Griffin Jr. had 15 points and 7 rebounds for Stepinac, which finished its injury-riddled season with an overall record of 14-16.