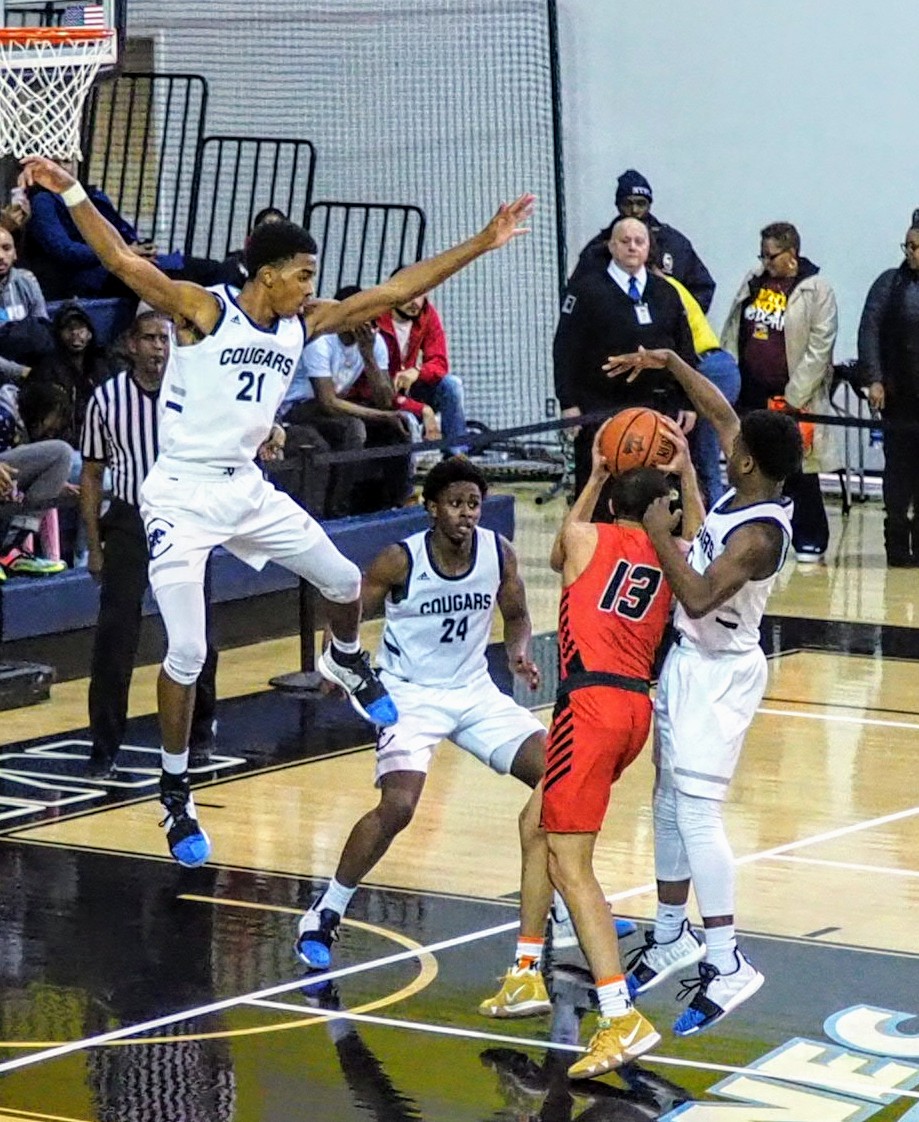 South Bronx Prep held Fannie Lou Hamer to just one field goal in the fourth quarter, as the Cougars topped the Panthers 54-47 in the PSAL B Division Championship game at LIU Brooklyn on Saturday. Steven Turner scored 18 of his game-high 22 points in the second half, sparking a rally that helped the Cougars overcome a six point halftime deficit.

#PSAL B Final.
Halftime:
Fannie Lou Hamer 24
South Bronx Prep 18
After giving up two threes on the first two possessions, Fannie Lou limited the Cougars to just 12 points for the rest of the half. Panthers led by as many as 8 in the 2nd Q. #HSBB #nycbasketball pic.twitter.com/XDtbavUp4z

Tariq Mahan had 11 points and Anthony Rose had 10 for the Panthers.

Link to the box score for South Bronx Prep's 54-47 win over Fannie Lou Hamer in the #PSAL B City Championship Game.https://t.co/BQsGSyoT93