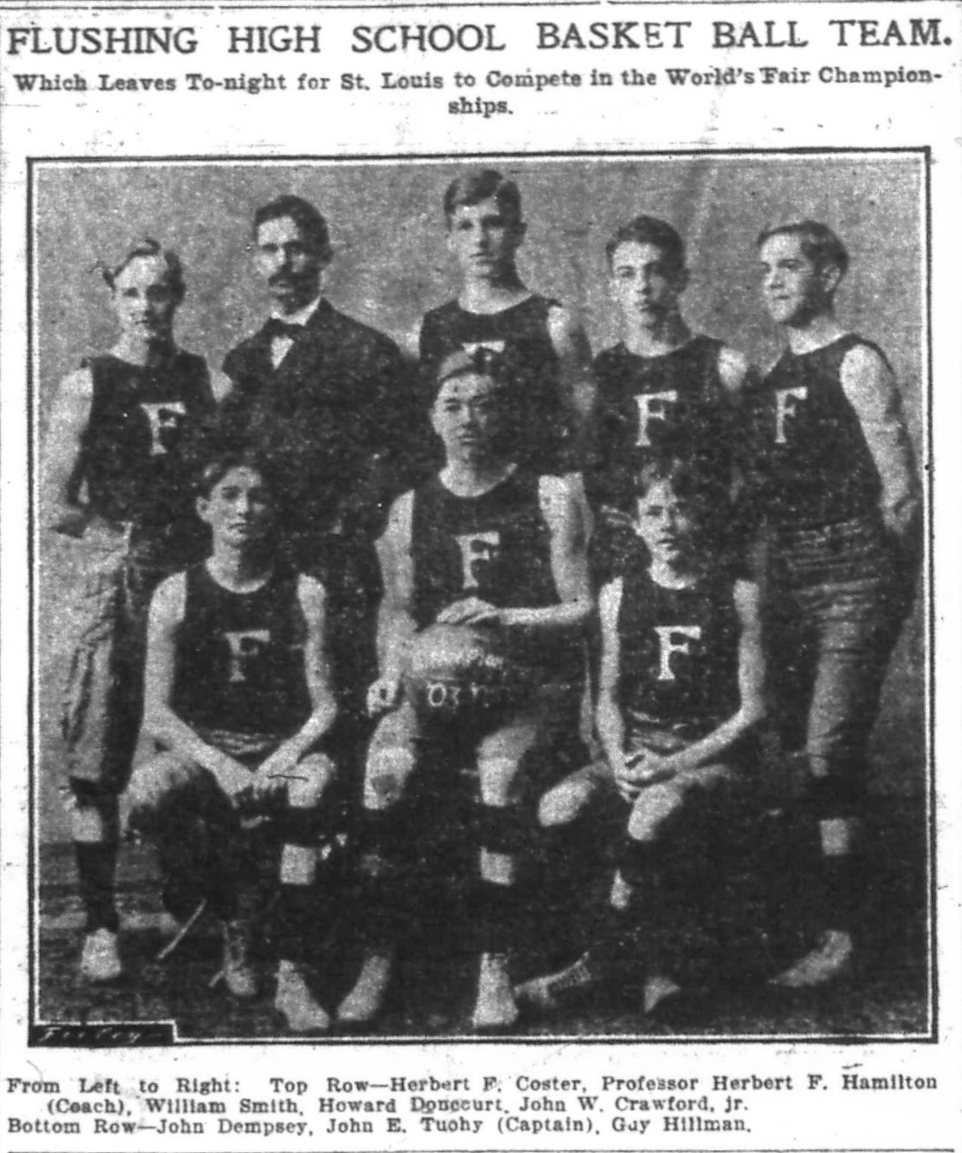 Shortly after the Public School Athletic League was formed on December 3, 1903, Flushing High won the PSAL's inaugural basketball tournament at Madison Square Garden on December 26, 1903. The Queens high school went on to win the Metropolitan Interscholastic League championship and then won a qualifier to represent Greater New York at the St. Louis Exposition, a national scholastic athletic competition scheduled in conjunction with the World's Fair and the 1904 Summer Olympics.

The July 1, 1904 edition of the Brooklyn Daily Eagle featured a photograph of the Flushing team and reported that the squad was scheduled to travel to St. Louis by train that evening. The same page conveyed that Christy Mathewson had pitched the Giants to their 14th straight win, and that Cy Young led the Boston Americans to a 4-3 win over the Philadelphia Athletics. The Athletics had pitched Rube Waddell, a hall-of-famer in his own right who went on to strike out 349 batters that season, still 18th on the MLB all-time season strikeout list, according to baseball-reference.com. 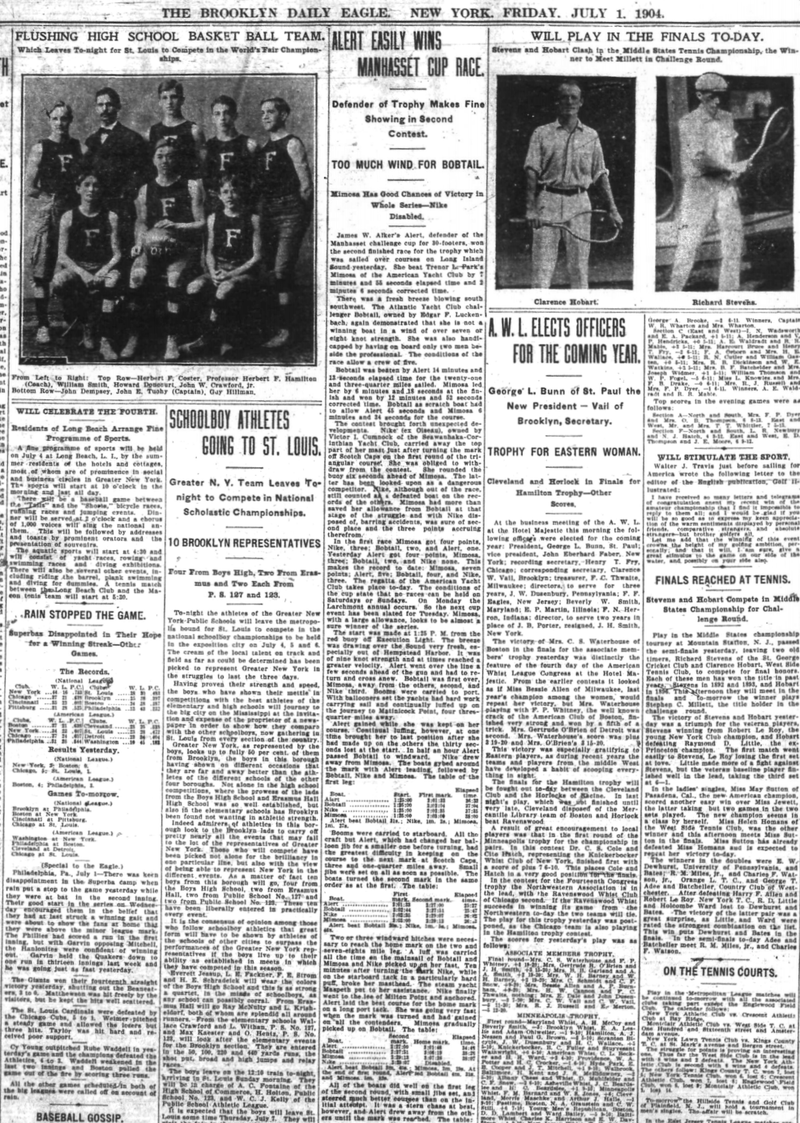 Flushing High defeated Polytechnic High School of San Francisco 15-7 and followed that up by edging North Division High School of Chicago 10-9 to clinch the national honor.  According to the Brooklyn Citizen and the Brooklyn Times Union, St. Louis Central High School conceded the final scheduled contest with Flushing, making it a 3-0 trip. Spalding's Official Basketball Guide reported that Flushing, referenced generally as the team from New York, was "the favorite through their clever teamwork." The Brooklyn Daily Eagle also reported on Flushing's performance on the national stage: 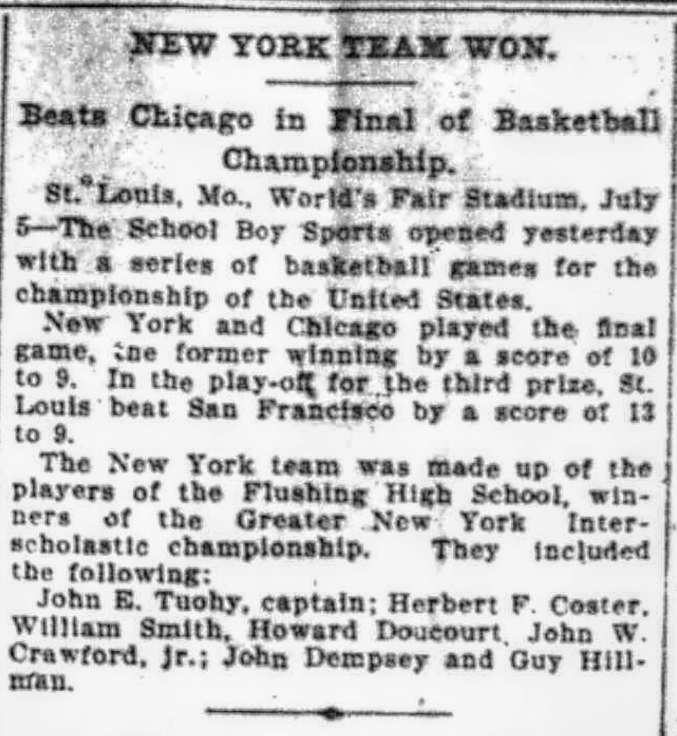 The Giants went on to play at the Polo Grounds in Manhattan for another 53 years (except for a hiatus in 1911 due to a fire) before leaving for San Francisco in 1957. The New York Mets played two seasons at the Polo Grounds after joining the National League in 1962, but major league baseball finally arrived in Flushing when the Mets came to Shea Stadium in 1964, 60 years after Flushing High made national news on the court.