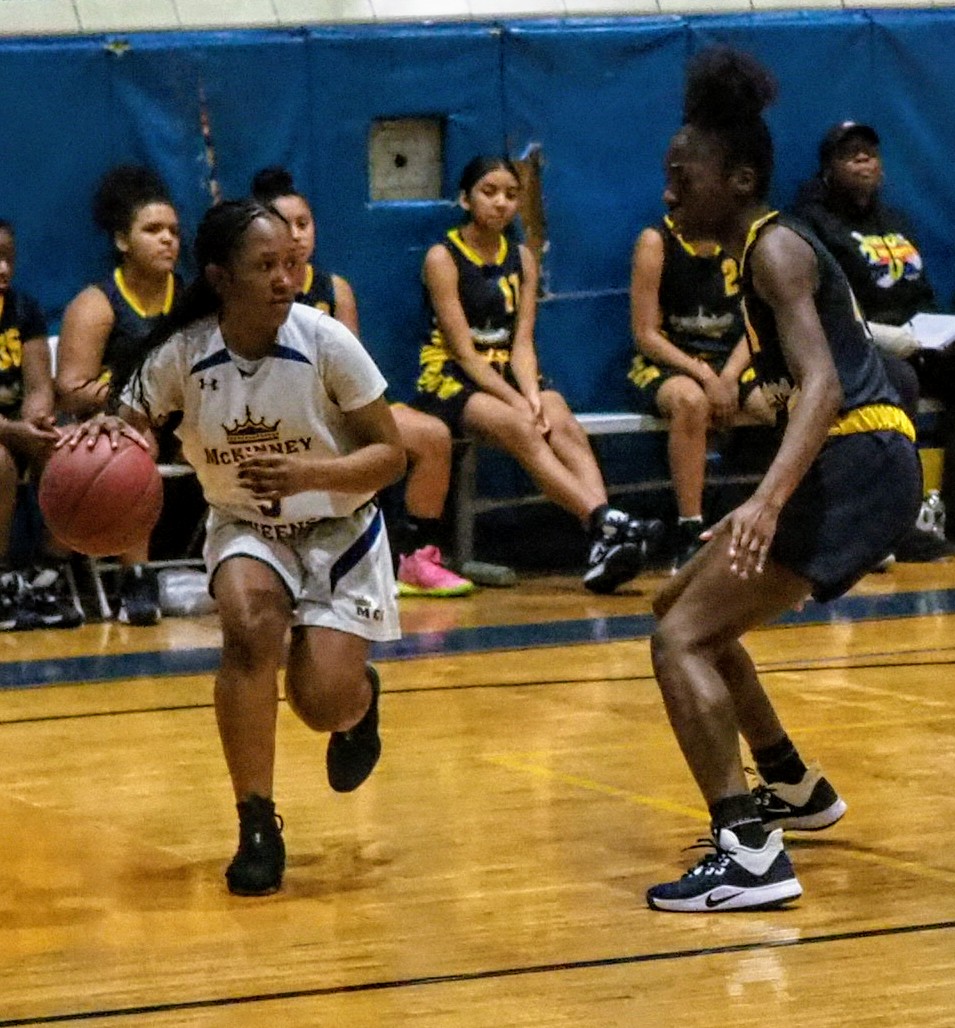 Hawa Kane scored a game-high 29 points and Fatoumata Tambadou added 14, as Susan McKinney overcame a 10-point deficit early in the third quarter to top Achievement First 71-59 in a PSAL Brooklyn A League matchup on Monday.

The Queens held a slim 37-36 halftime lead, but Achievement First opened the third quarter on an 11-0 run to pull in front 47-37 before McKinney's defense brought them all the way back, taking a 58-57 lead on a putback by Tambadou with 2:55 left. The Queens closed the game on a 13-1 run, as Achievement First struggled from the free throw line down the stretch.

McKinney improved to 5-2 in the PSAL Brooklyn A North standings, while Achievement First is now 4-3. Bedford Academy leads the way in the PSAL Brooklyn A North with a league record of 7-0 and Adams Street Academy is 6-1. McKinney's next game is on the road at Uncommon Charter (1-5) on Friday, while Achievement First will visit Boerum Hill (0-6), also on Friday.