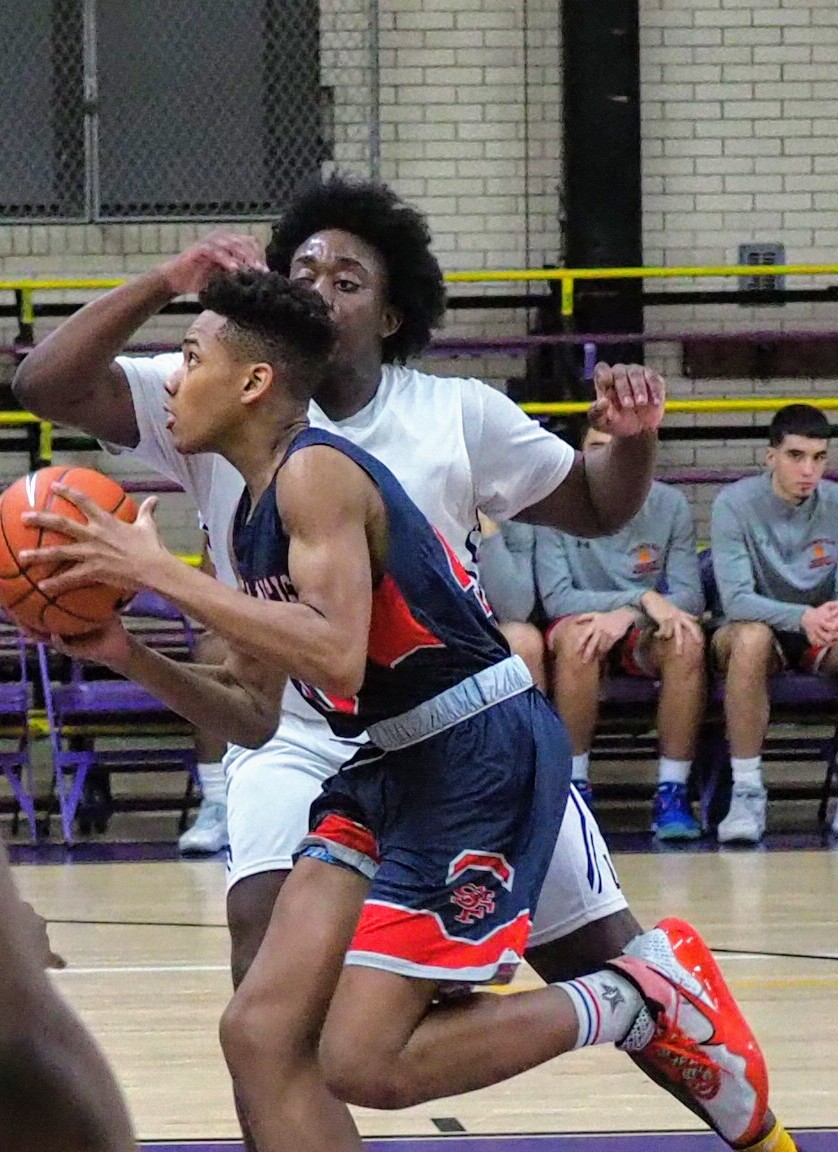 Todd Rochelle scored 18 points and Latiek Briscoe had 10 to lead St. Francis Prep to a 63-56 win over Bishop Loughlin in a CHSAA B/Q AA clash in Brooklyn on Tuesday night.

Baskets by Briscoe and Becir Hot put the Terriers ahead 25-21 at the half, but Loughlin took a 37-36 lead in the third after a 3-pointer by Taj Chiles and a spinning jump hook in the lane by Jalen Flowers.

St. Francis Prep took the lead back at 41-40 after a pull-up by Rochelle, and the Terriers pushed it to 47-43 heading into the fourth quarter after a turn-around by Briscoe and a driving score by Chance Morrish.

Final score: St. Francis Prep 63 Bishop Loughlin 56. Loughlin came back to take the lead in the 4th, but the Terriers hang on to win it in Brooklyn. @CHSAA_NYC #HSBB pic.twitter.com/HrQ5Bt0uV7

St. Francis Prep and Loughlin are both 2-3 in the CHSAA B/Q AA standings. The Terriers have two tough league games on deck, hosting St. Raymond on Sunday and Archbishop Stepinac on Tuesday. St. Raymond came in at number 45 in the most recent Ballislife Fab 50 national rankings, while Stepinac was ranked 19th. Loughlin will visit Molloy (8-3, 1-2) on Sunday and host Mount (7-2, 2-3) on Tuesday.