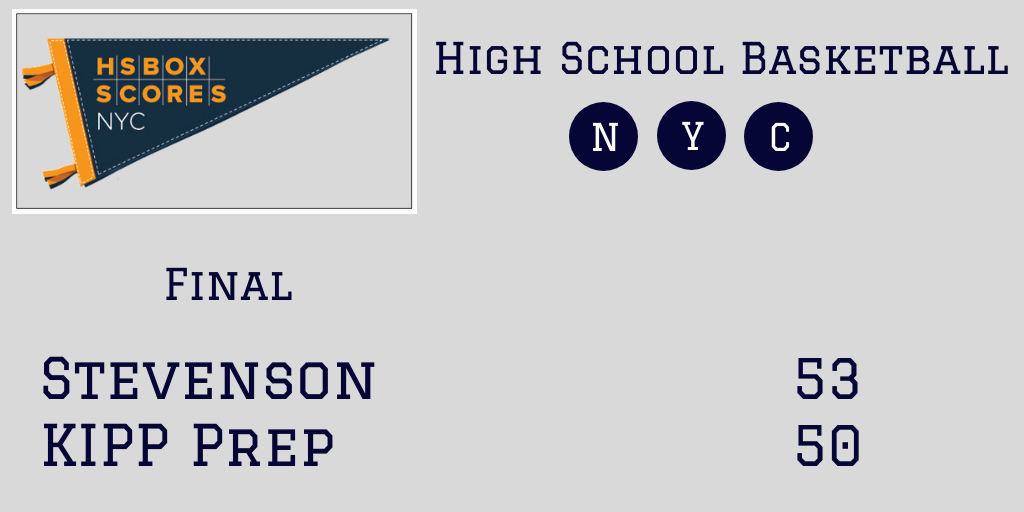 Adlai Stevenson handed KIPP Prep its first league loss of the season, edging the Bulldogs 53-50 on a buzzer-beating 3-pointer by Elijah Perez. With the game tied at 50, Perez took a pass from a sideline inbound on the run and, without a dribble, turned and tossed in the game-winner near halfcourt.

A post shared by Stevenson Basketball (@stevensonbasketball) on Jan 8, 2020 at 5:06pm PST