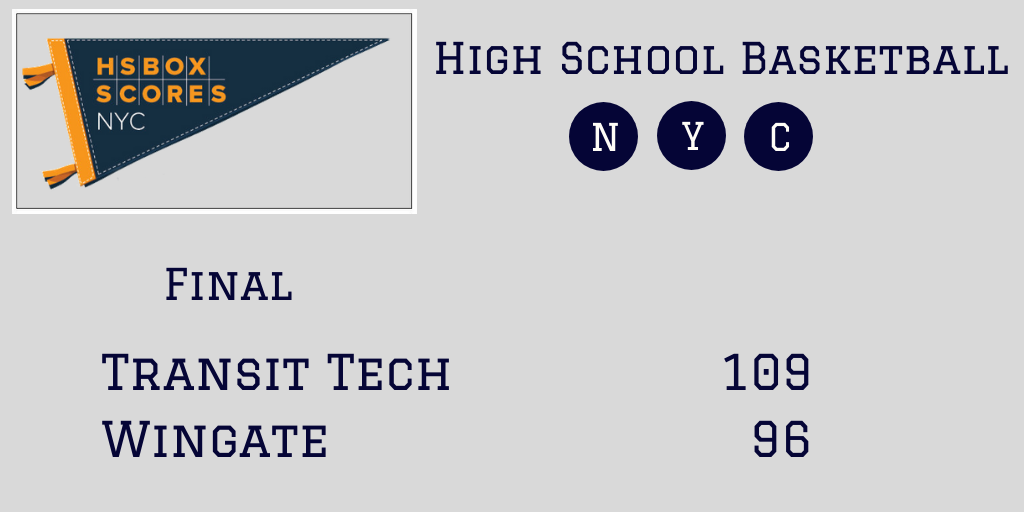 Moranta nets 46 for Transit Tech in win over Wingate

Jeremy Moranta registered a triple-double, scoring 46 points, grabbing 15 rebounds and handing out 10 assists for Transit Tech in its 109-96 win over Wingate on Monday. Moranta put up 19 points in the first quarter and 29 in the first half, as Transit Tech improved its league record to 9-2, tied with Brooklyn Tech for the top spot in the Brooklyn A4 Division.

A post shared by TransitTechExpress (@transittechexpress) on Jan 13, 2020 at 4:47pm PST

Transit Tech will visit Brooklyn Tech on Wednesday, with the top spot in the Brooklyn A4 Division on the line.

The 46 point total was a career-high for Moranta, who surpassed the 1,000 career point milestone earlier this season.