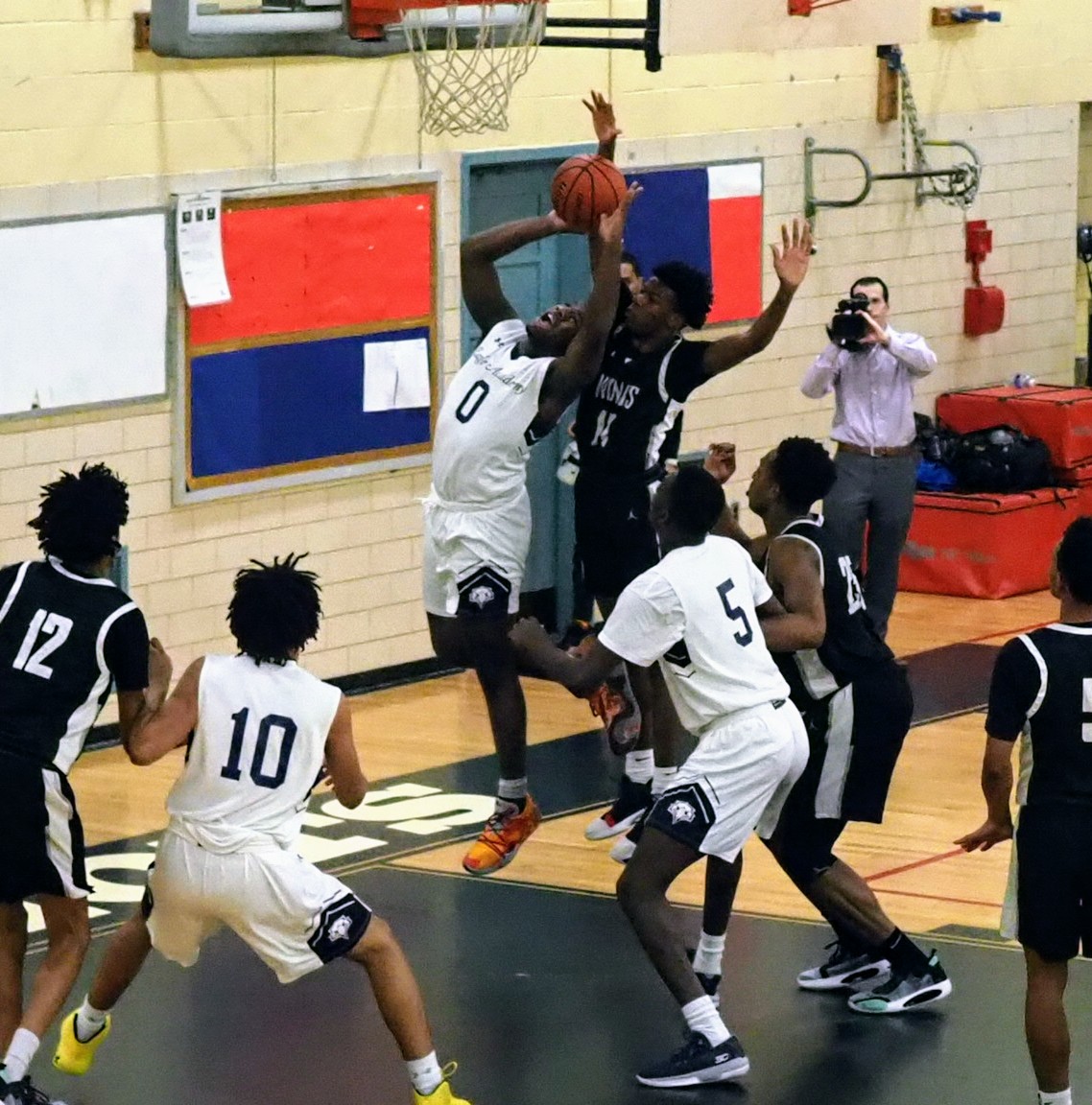 Eagle Academy jumped out to a 9-2 lead, but Wings allowed just 9 points for the rest of the first half, closing on an 11-2 run to take a 23-18 lead at the break. Travis Neblett (6) and Jay Shayne Woodward (6) combined for 12 of Wings Academy's 23 points in the first half.

Despite emerging from the locker room without a warm-up at halftime, the Eagles opened the third quarter on a 6-0 run to take the lead at 24-23. Wings responded again, taking advantage of foul trouble for Eagle Academy frontcourt standout Vernon Simmons by closing the quarter on a 10-4 run to take a 33-27 lead into the fourth.

End of 3rd Q: Wings Academy 33 Eagle Academy 27. Eagles opened the 3rd on a 6-0 run to take the lead, but Wings is back in front heading into the 4th. Fouls piling up for Eagle Academy. #PSALBoros #HSBB pic.twitter.com/LdO1nLQBhp

Eagle Academy struggled to get any offensive traction against Wings Academy's match up zone defense, which held DaMarco Watson, who averaged 33 points per game during PSAL league play, to just 11 points. Looking for offense elsewhere, the Eagles called a timeout to strategize after Edwin Santiago Jr's floater made it 36-29 with 5:32 to play. Jose Cuello connected on a triple on the next possession to make it 39-30, and Eagle Academy got no closer the rest of the way.

Wings complimented its defense with a balanced offensive performance, with Woodward and Christiopher Riley scoring 12 points each and Cuello, Neblett and William Ruiz scoring 6 points apiece.

Before Saturday, the lowest game point total for Eagle Academy this season came on January 28th, a 56-47 loss to Wings Academy.