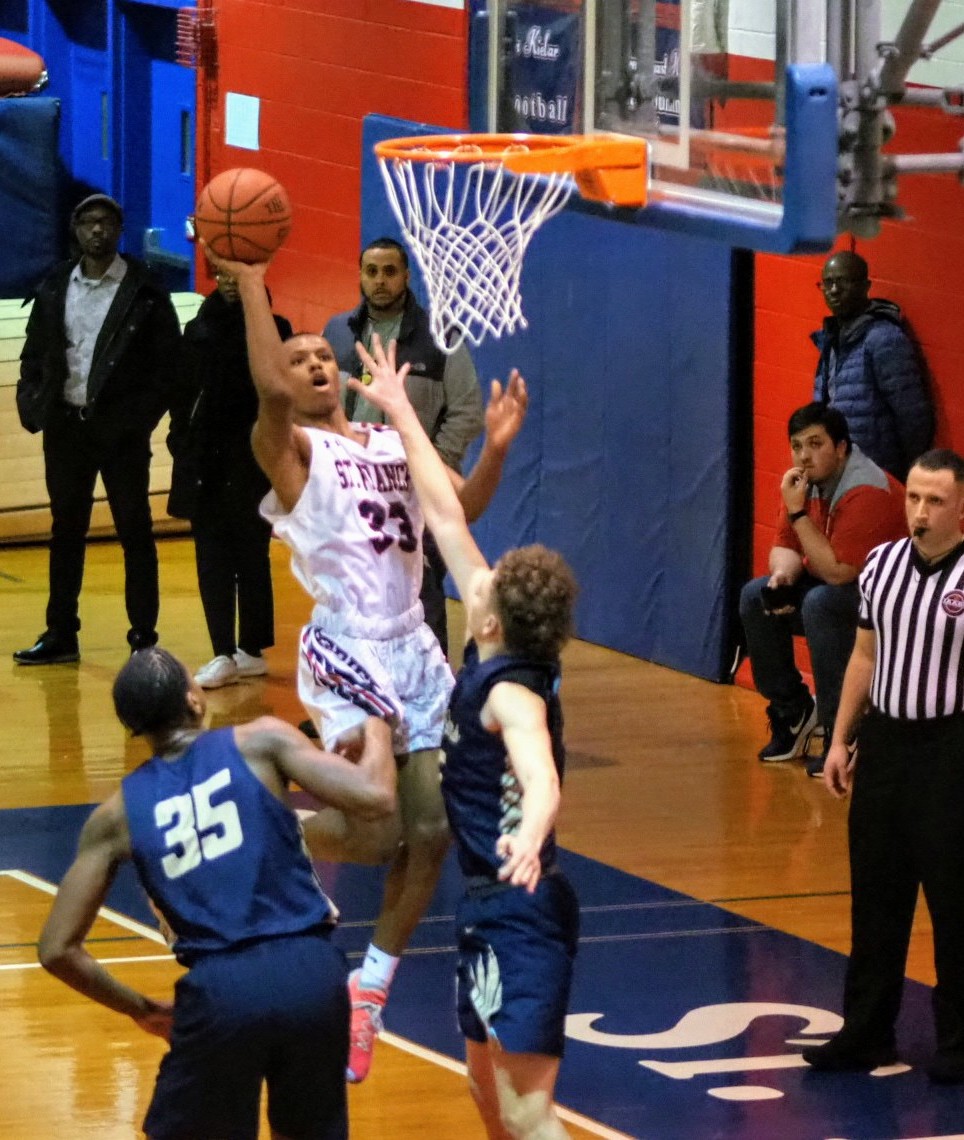 A tip-in by Latiek Briscoe with 30 ticks left proved to be the game-winner for St. Francis Prep, as the Terriers edged Xaverian 57-56 in a thrilling CHSAA Brooklyn-Queens final in Fresh Meadows, Queens on Friday night.

Here's what proved to be the game-winner for St. Francis Prep: a tip-in by Latiek Briscoe with 30 ticks left. Terriers got a defensive stop on Xaverian's last possession to win the @CHSAA_NYC B/Q crown. @MensSfp #HSBB pic.twitter.com/qwzbIBn11t

Xaverian held for the last shot, but Nick Folk's runner rolled out and two Clipper putback attempts missed the mark as time expired.

Final score: St. Francis Prep 57 Xaverian 56. Terriers took the lead on a tip in by Latiek Briscoe with 30 seconds left and defended the final possession to win the @CHSAA_NYC B/Q crown in a thriller in Fresh Meadows. @MensSfp @XaverianBB #HSBB pic.twitter.com/KOzTRSa8L9

After going punch-for-punch throughout the first half, St. Francis Prep took a 28-25 lead at the break before Xaverian went on a sizzling 16-2 run to open the third, taking their largest lead of the game at 41-30 on a 3-pointer by Billy Reyes with 4:35 to play in the third quarter.

End of 3rd Q: Xaverian 49 St. Francis Prep 43. Clippers opened the quarter on a 16-2 run and led by as many as 11. Terriers staying in it with the long ball. #HSBB @MensSfp pic.twitter.com/FdSly60pWs

St. Francis Prep was able to narrow the margin to 49-43 heading into the fourth, in large part due to three triples in the third frame, two by Chance Morrish and one by Becir Hot.

The Terriers opened the fourth on a 6-0 run, with the crowd erupting after another 3-pointer by Hot knotted the score at 49 with 5:45 to play.

Xaverian missed chances to build a cushion by misfiring on four consecutive free throws, but the Clippers still took a 52-49 lead on an off-balance runner by Folk at the 3:55 mark.

Two free throws by Briscoe made it a one-point game at 52-51 with 3:03 to play, but Jaden Pena scored the next four, converting a shovel pass from Ian Byrne in the paint and sinking two from the stripe, and the Clippers suddenly had themselves a 56-51 lead with just 2:24 left.

Todd Rochelle's drive through the lane made it a one possession game at 56-53 with under 2:00 remaining, and St. Francis Prep regained possession when Folk was whistled for a critical charging foul with 1:38 left.

SFP pulled back within a point when Key'Sean Maynard's putback made it 56-55, and Xaverian called for time after advancing the ball into the frontcourt with 1:03 on the clock.

The Clippers came up empty on the trip, and St. Francis Prep took possession with a chance to take the lead, with the capacity home crowd fully engaged.

Rochelle's pull-up jumper from the elbow bounced out, but Briscoe swooped in for the tip-in, with Xaverian calling a timeout, now trailing 57-56 with 28.9 seconds left.

Shawn Fulcher held his dribble near half-court until the clock reached 8.5 seconds, and Xaverian called another timeout to huddle for the last shot.

Folk dribbled into the lane and got off a good looking floater, but the shot bounced out and two putback chances missed as time expired, sending the Terriers into a celebration near midcourt.