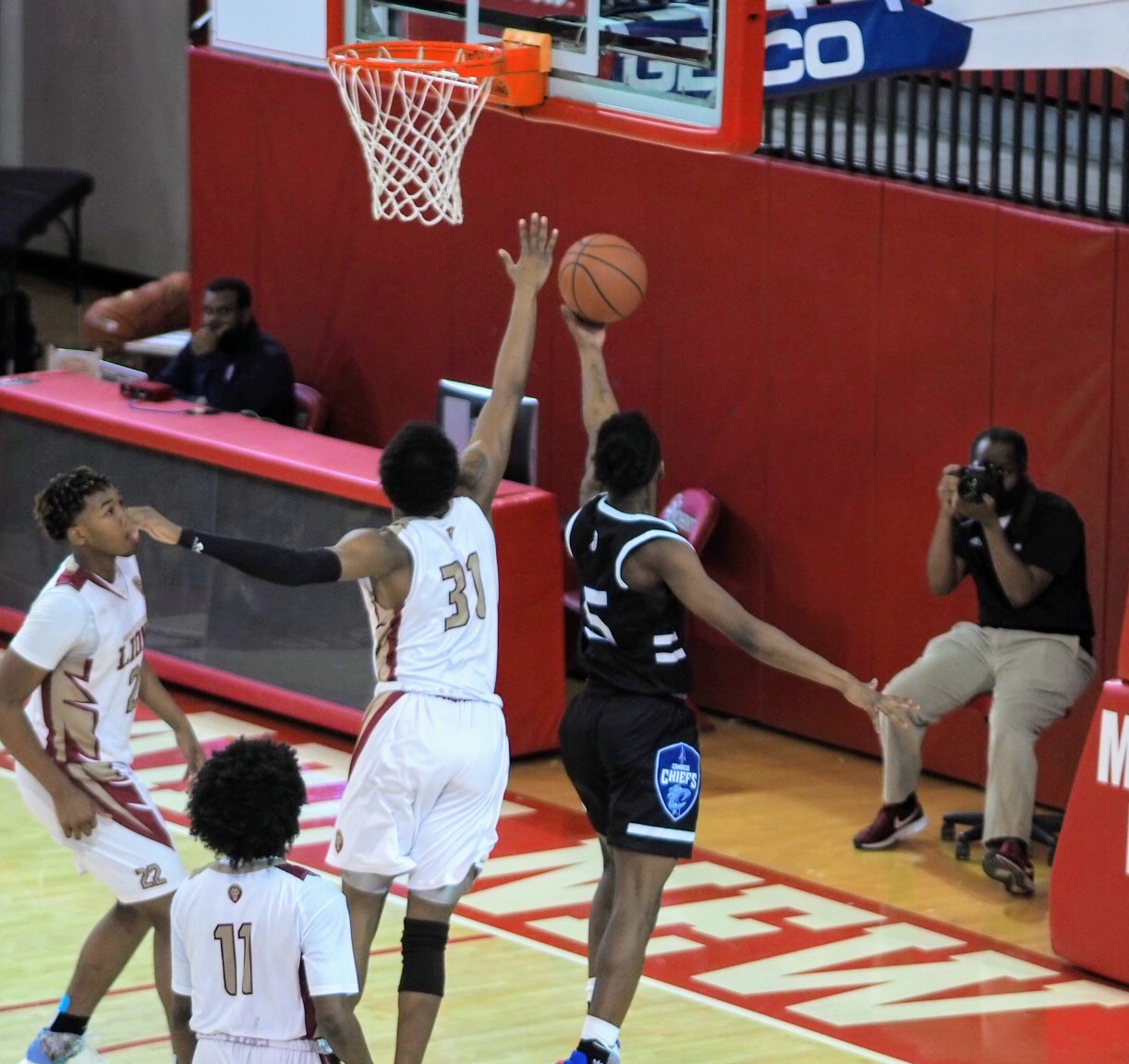 Amahrie Simpkins scored 23 points, 17 in the second half, to lead 10th-seeded Brooklyn Collegiate to a 66-55 win over 15th-seeded Canarsie in PSAL AA quarterfinal action at Carnesecca Arena in Jamaica, Queens on Sunday.

Canarsie pulled within a point on two occasions down the stretch, but Simpkins scored 11 in the final frame, including an exclamation point dunk as time expired, helping the Lions pull away and sending them into the semifinals.

A baseline jumper by Calvin Jenkins of Canarsie made it a one point game at 51-50 with 4:10 to play, but Brooklyn Collegiate answered with a 6-0 run, the last 3 scored on a Simpkins triple that gave the Lions some breathing room with a 57-50 lead. Struggles from the stripe kept the Chiefs in the game in the final minute, but Simpkins finally sealed it when he stole an inbounds pass after his own made free throw and converted a 3-point play, making it 64-53 with 13.9 seconds left.

The Lions held Canarsie standout A Mag Tate, who averaged 22 points per game during the regular season, to just 8 points. Josiah Carty scored 14 points for the Chiefs.

Jaylin Anderson added 18 points and Majesty Johnson finished with 13 for Brooklyn Collegiate, who are scheduled to face WHEELS in the PSAL semifinals on Saturday, again at Carnesecca. WHEELS edged Boys & Girls 63-59 in the quarterfinal finale on Sunday.

WHEELS handed Brooklyn Collegiate its first loss of the season back on January 6th. The Lions started the season 10-0 before the WHEELS defeat.

This was Canarsie's first season playing at the prestigious Brooklyn AA level. Aside from advancing to the PSAL quarterfinals, the Chiefs finished the grueling regular season schedule with a 7-7 record and had league wins over Brooklyn Collegiate and Thomas Jefferson, both PSAL AA semifinalists. Jefferson advanced by defeating John Bowne 78-76 on Sunday.