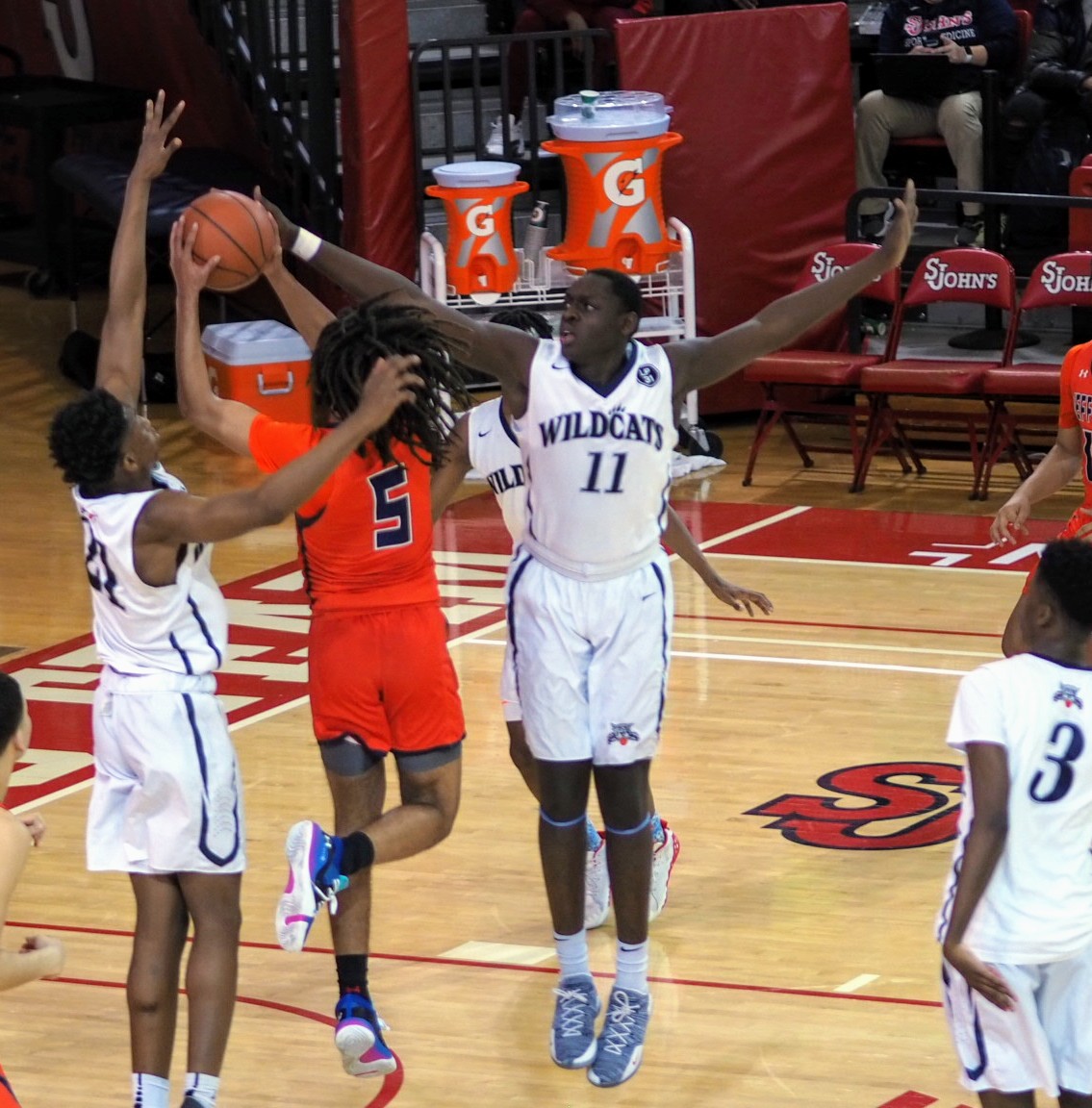 A 19-3 run by Thomas Jefferson to open the fourth quarter was the catalyst for a 78-76 win by the Orange Wave over Queens Borough champion John Bowne in the PSAL AA Quarterfinals at Carnesecca Arena on Sunday.

Jefferson was the runner-up in last year's PSAL AA playoffs, but the Orange Wave entered this year's tournament as the 12 seed after finishing 7-7 in league play and dropping an opening round borough tournament game to Division A contender Benjamin Banneker.

John Bowne held a slim 15-14 advantage after the first quarter, but Jaquan Carlos (12) and Ramsey Saleh (8) combined for 20 of Jefferson's 24 second quarter points, and Jefferson took a 38-34 lead into the locker room at the half.

Halftime: Thomas Jefferson 38 John Bowne 34. Jefferson press fueled a 9-0 run in the 2nd Q, but Bowne closed the half strong to stay close. Another game with a lot of whistles. #PSAL #HSBB pic.twitter.com/HKoPxOXxmz

John Bowne point guard Amadou Diallo and forward Cherif Diarra sparked a third quarter rally, but it was Mouhamed Dioubate's 3-pointer with 4.9 seconds left in the frame that put the Wildcats ahead 56-51 after three.

Bowne called for time after Jefferson scored the first 10 points of the fourth, but a 3-pointer by Carlos and a fast break layup by Saleh continued the rally, making it a 19-3 run to open the quarter and giving the Orange Wave a 70-59 lead with 3:03 left.

Dioubate's offense kept Bowne in the game late, but the Wildcats could not get enough defensive stops without fouling, putting Jefferson on the line.

Things got interesting when Diarra converted a 3-point play to make it 76-74 with 15.6 ticks left, but Bowne was forced to foul again, and Reality Holmes sealed the win by connecting on both free throws.

Saleh scored a game-high 28 points and Carlos finished with 22 for Jefferson, which is scheduled to face top-seeded South Shore in the semifinals, a rematch of last year's championship game. The Vikings held off Eagle Academy 54-47 in their quarterfinal contest earlier on Sunday.

Dioubate had 23 points and Diarra finished with 17 for John Bowne.

The PSAL AA Semifinals were scheduled to be played at Carnesecca Arena on Saturday, but St. John's University announced on Monday night that all University activities would be cancelled, at least through March 27th, including events by outside organizers renting space at St. John's.

The #PSAL Boys AA Semifinals were scheduled to be played at Carnesecca Arena this Saturday. No updates on the PSAL website so far regarding an alternative venue/schedule for the games. #HSBB https://t.co/8v5Geh32Ag

According to the PSAL's website, the AA Semifinals remain scheduled to be played on Saturday, but at a site to be determined.