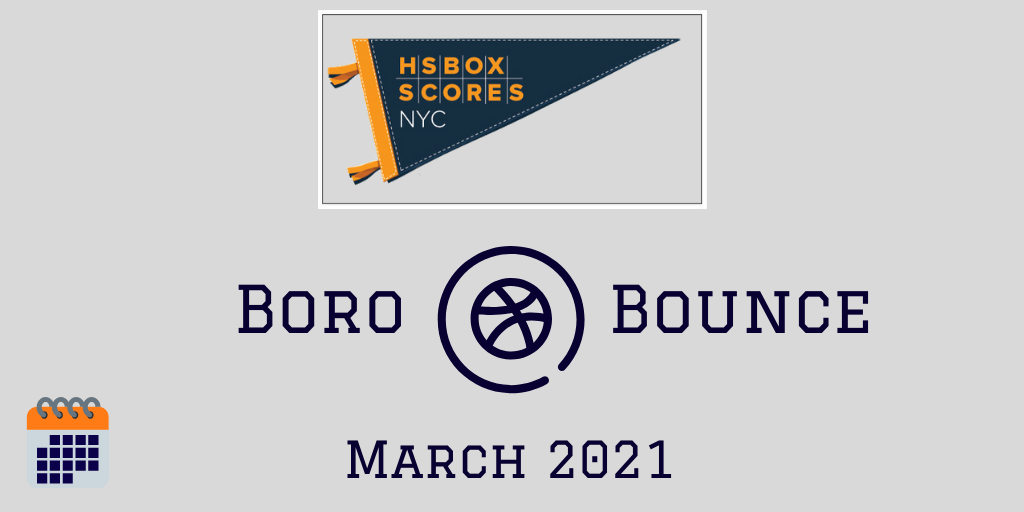 After months of deafening silence, New York City Mayor Bill de Blasio announced on Monday that all high school sports in the boroughs will resume by mid-April.

While the Mayor made it clear that all sports would return, he emphasized that safety protocols would be a primary focus and that a phase-in would be implemented for that purpose. De Blasio specifically mentioned that: (i) the PSAL sports seasons would be extended to run through August; (ii) there would be a preference to move sports outdoors; and (iii) parent spectators would be prohibited for the time being. How the foregoing policies will be applied to varsity basketball remains to be seen, but the announcement at least confirms there should be a high school hoops season in NYC, in some shape or form.

THIS JUST IN: @NYCMayor announces high schools will reopen for in-person learning on March 22 and ALL school sports will return mid-April!

The surrounding counties of Nassau, Suffolk and Westchester have been playing high school basketball for weeks. In late January Governor Andrew Cuomo deputized local health departments to authorize "higher-risk sports," which includes basketball, as early as February 1, 2021. The piecemeal regulation in response to Covid-19 has exposed the jurisdictional complexities that govern high school basketball in metropolitan New York. Public Schools in Nassau, Suffolk and Westchester are under the jursdiction of the New York State Public High School Atheltic Association (NYSPHSAA), public schools in New York City are regulated by the Public Schools Athletic League (PSAL), while Catholic high schools in all of these regions generally compete in the Catholic High Schools Atheltic Association (CHSAA). Together with the New York State Association of Independent Schools Athletic Association (NYSAISAA), the NYSPHSAA, the PSAL and the CHSAA are the constituents of the New York State Federation of High Schools. Even with this jurisdictional umbrella, the delegation of authority to reopen higher risk high school sports at the local levels has led to unusual results.

GAME 3‼️ Activities start @6:30pm with the dunk contest. 7:05pm opening tip!! Catch all the action on @locallivenet! Special thanks to @metroteamsports for their continued support! #GoGaels🏀 #IonaPrepBasketball pic.twitter.com/PdzGtccgIa

For example, Archbishop Stepinac (White Plains) and Iona Prep (New Rochelle) play basketball in the CHSAA's New York Archdiocese Division. Since these schools are geographically located outside of boroughs, the teams were able to take advantage of their locale by scheduling a series of games against each other. For the rest of the teams in the CHSAA New York Archdiocese Division, including powerhouses Cardinal Hayes and St. Raymond, they have been forced to await New York City's guidance. Most recently, the Brooklyn-Queens CHSAA coordinated with the City Council on a "Let us Play" initiative.

Meeting today with City Councilman Mark Levine was productive in efforts to “Let us Play.” A “sign on” letter from Brooklyn/Queens assemblymen to the Mayor to “Let us Play” was endorsed by Mr. Levine. We continue to move forward.....

De Blasio's announcement came exactly one year after the PSAL AA boys quarterfinals were played at Carnesecca Arena on March 8, 2020. St. John's University closed its campus due to Covid-19 the following day, and like basketball at all levels, the PSAL's 2020 post-season playoffs were cut short.

Here's the play of the game. After Justin Soto of WHEELS ties the game at 58 on a FT with 49.8 seconds left, Jeremiah Davis intercepts a pass and drains a step back triple to put the Wolves ahead 61-58 with 27.3 ticks on the clock. WHEELS goes on to win it 63-59. #PSAL #HSBB pic.twitter.com/hL4fyayuG5

The CHSAA's 2020 post-season suffered a similar fate that actually started days earlier when Fordham University closed its campus on Saturday March 7, 2020, one day after Fordham Prep and Salesian were crowned CHSAA Class A and Class B champs at Rose Hill Gymnasium. That closure not only prevented the CHSAA quarterfinals from being played at Fordham that Sunday, but it also scuttled the highly anticipated plan for the New York State Federation Tournament to be played at the historic Bronx site. Half of the CHSAA quarterfinals were played at Archbishop Stepinac on Wednesday March 11, 2020, but the win by nationally-ranked St. Raymond over Archbishop Molloy was the last CHSAA post-season game played. In an eerie coincidence, an earthquake was reported in Glens Falls, New York, the longtime host city for the New York State Federation High School Basketball Tournament, the morning of March 11, 2020. The NBA officially suspended its season that night, and the Big East Tournament was cancelled at halftime during a Thursday matinee.

It has been a brutal off-season for the New York City basketball community. Over the summer, former James Monroe standout guard Brandon Hendricks was tragically killed in gun violence.

Deeply saddened to learn of the tragic passing of Brandon Hendricks. Condolences to his family, friends and the James Monroe HS community. Here is a brilliant stutter-step hesitation dribble against Cardozo in December. pic.twitter.com/RAGaagadud

In February, legendary high school basketball scout and Archbishop Molloy alum Tom Konchalski passed away at the age of 74.

Most recently, former PSAL Executive Director Donald Douglas, who had recently retired, passed away at the age of 58.

Let's hope the Mayor's announcement on Monday is a harbinger of good things to come for high school hoops around the boroughs.

HS Box Scores NYC is looking forward to the resumption of high school basketball in NYC, but more importantly, hopes that the players, coaches and staff compete safely and stay healthy once back on the court.