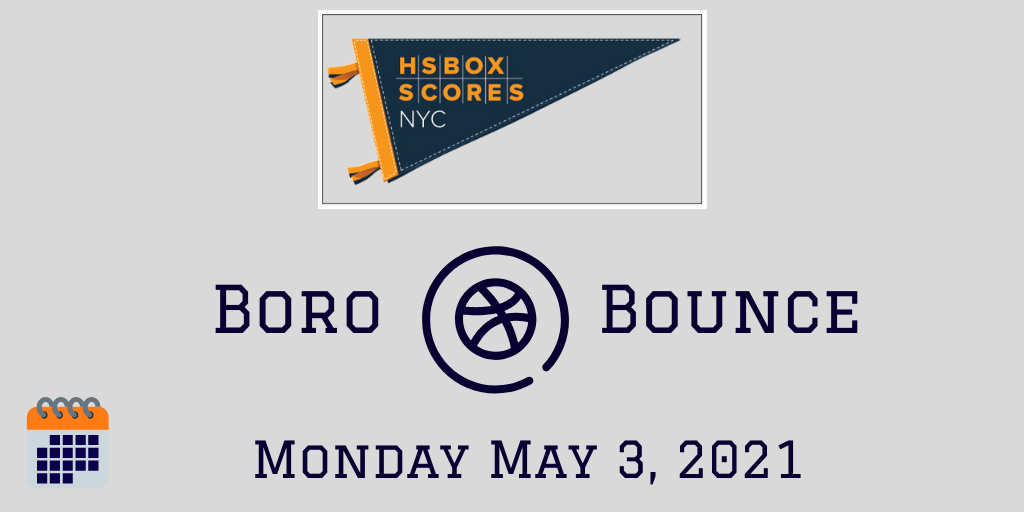 Spring has sprung, and the makeshift NYC high school hoop season continues outside of the boroughs.

Stepinac and Monsignor Scanlan are both 2-0 atop the Kevin Pigott Division, and it will be the Crusaders vs. the Crusaders when they face each other on Thursday night in the most anticipated matchup of this spring session.

Current standings⬇️ in the Kevin Pigott Division of the @CHSAA_NYC spring tourney through two weeks of action. Big games this Thursday (5/6): Hayes v. St. Raymond at 5:00; Scanlan v. Stepinac at 7:15. Both games at Stepinac to be streamed on @locallivenet. #HSBB pic.twitter.com/lRUXzl0pyD

Stepinac topped Fordham Prep 62-55 last Wednesday, as Boogie Fland scored 23 points and Malcolm Chimezie registered a double-double with 21 points and 13 rebounds. Stepinac had an impressive 70-60 win over Cardinal Hayes during the opening week.

Thursday night's undercard is an intriguing matchup in its own right, as Cardinal Hayes will face St. Raymond, with both teams holding a 1-1 record after two weeks of spring play. Hayes dropped its opener to Stepinac, but the Cardinals defeated St. Peter's 71-46 last Tuesday.

St. Francis Prep and Bishop Loughlin are both 1-0 in the Ray Nash Division, both teams idle last week. The Terriers will face Holy Cross on Monday and the Lions will take on Xaverian on Wednesday.

Current standings⬇️ in the Ray Nash Division of the @CHSAA_NYC spring tourney through two weeks of action. St. Francis Prep will face Holy Cross on Monday at 5:00 and Loughlin will face Xaverian on Wednesday at 7:15. @locallivenet #HSBB pic.twitter.com/wo0HlYSMOx

Archbishop Molloy (1-1) and Christ the King (0-2) will meet on Tuesday. The Stanners topped Holy Cross 68-58 last Thursday while the Royals fell to Xaverian 72-58 last Wednesday.

Monsignor Farrell improved to 3-0 with a 61-55 win over Staten Island rival St. Joseph by the Sea last Thursday. Sean Conroy scored 20 points, Pat Gardner had 14 and Matt Hanley 13 for Farrell.

The Lions overcame a 4th quarter Vikings rally led by Xavier Barrow, who scored all 19 of his points in the second half, including five 3-pointers. Behind Barrow, Sea took the lead midway through the 4th before Farrell fought back to win it.

Final score: Monsignor Farrell 61 St. Joseph by the Sea 55. The Lions overcame a 4th quarter rally by the Vikings, led Xavier Barrow, who scored 19 points w/ five 3-pointers, all in the 2nd H. Farrell is now 3-0 in the @CHSAA_NYC spring tourney. #HSBB

At 3-0, Farrell holds the top spot in the Tom Murray Division, with LaSalle Academy close behind at 3-1. The Cardinals held off Nazareth 42-38 on Friday night in the first overtime game of the tourney.

Current standings⬇️ in the Tom Murray Division of the @CHSAA_NYC spring tourney through two weeks of action. Farrell will face St. Edmund Prep, who is also unbeaten at 3-0, next Saturday. LaSalle Academy will face St. Joseph by the Sea on Monday night. @locallivenet #HSBB pic.twitter.com/SdUaFVdJ67

St. Edmund Prep improved to 3-0 after a 69-66 squeaker over St. John's Prep on Saturday. SJP erased a 7-point deficit at the end of the 3rd quarter and tied the game at 63 before the Eagles closed it out.

St. Edmund Prep holds the top spot in the Rich Tricario Division, and the Eagles will face Monsignor Farrell on Saturday in a battle of unbeatens. Cathedral Prep will face Nazareth on Friday night in their second game of the tourney.

Current standings⬇️ of the Rich Tricario Division of the @CHSAA_NYC spring tourney through two weeks of action. St. Edmund Prep's next game is next Saturday against Monsignor Farrell, who also unbeaten at 3-0 this spring. @locallivenet #HSBB pic.twitter.com/KybtbkMfg4

In the opening weekend of the NYC CHSAA girls spring tournament, Monsignor McClancy went 3-0, including a 52-46 win over The Mary Louis Academy on Saturday. Deviney Jackson scored 12 points, while Hannah Finnerty and Grace Kennedy scored 11 each for the Lady Crusaders. Khya Hough scored a game-high 28 points for TMLA.

The NYC CHSAA girls spring tournament is scheduled to resume on Friday May 7. According to the GCHSAA, the games will be streamed on facebook live.