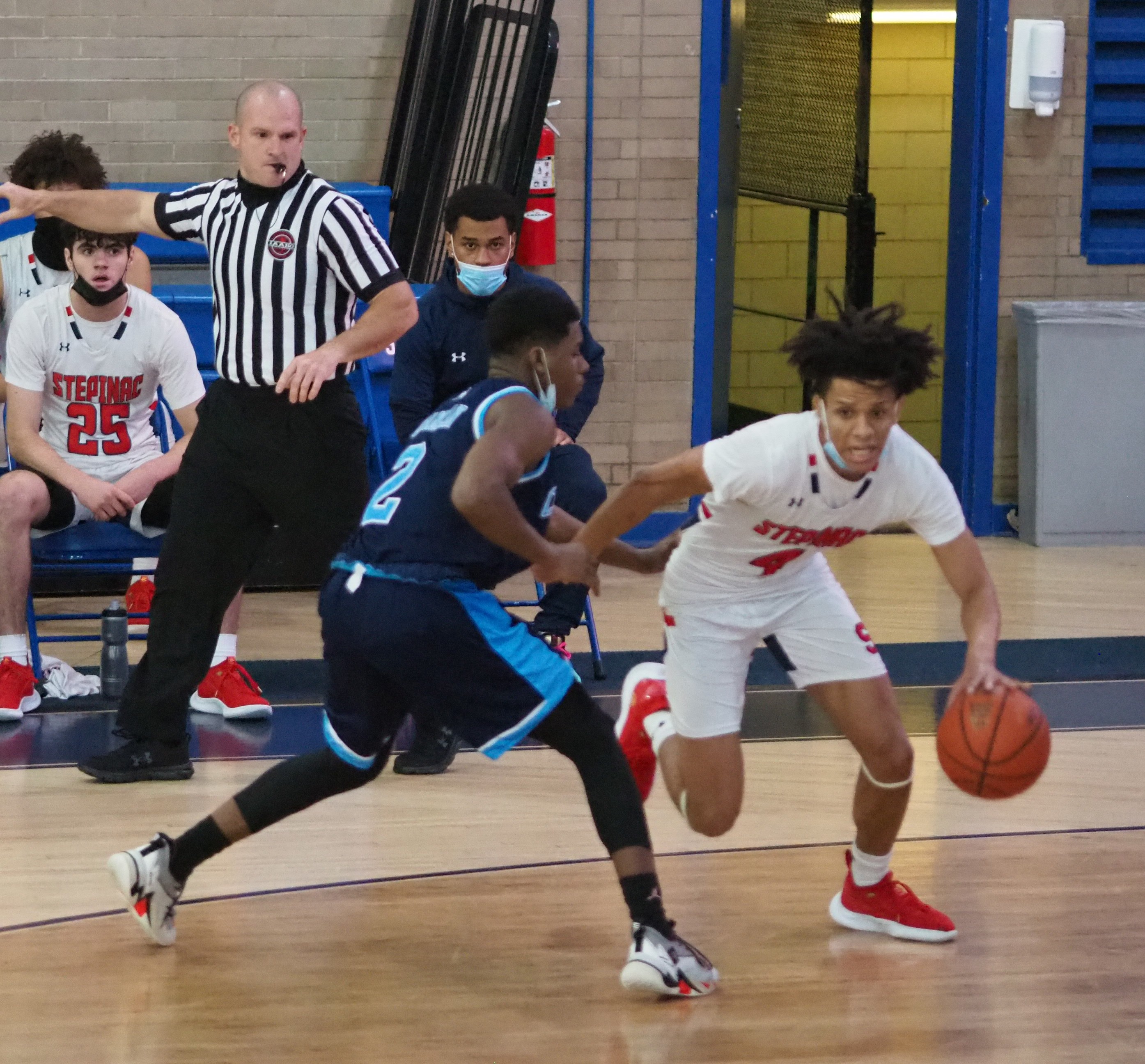 Samuel Gibbs' baseline basket with 52.6 seconds left proved to be the game-winner, as Archbishop Stepinac edged Monsignor Scanlan 53-49 in White Plains on Thursday night. Scanlan had taken a 49-48 lead on a 3-pointer by Seth Joseph on the previous possession, but Gibbs managed to elude two defenders with a change of direction on the baseline, getting fouled and completing the 3-point play to put Stepinac in front 51-49.

This baseline basket by Samuel Gibbs off a change of direction proved to be the game-winner in Archbishop Stepinac's 53-49 win over Monsignor Scanlan last night. Stepinac improved to 3-0 in the @CHSAA_NYC spring tourney. @step_basketball #HSBB pic.twitter.com/jq8bSnzBUR

Scanlan was forced to foul after being whistled for a traveling violation on the next trip, and the door was still ajar after Isaiah Alexander made 1 of 2 from the stripe, keeping it a one possession game at 52-49 with less than 10 ticks left.

Stepinac executed on defense in the final seconds, using fouls in the bank before Joel Baez got a piece of a turn-around 3-pointer launched by Melvin Evans that would have tied the game. Boogie Fland put the game away after making 1 of 2 free throws, and Stepinac stayed unbeaten at 3-0 in the CHSAA Kevin Pigott Division standings.

Malcolm Chimezie had a double-double for Stepinac, scoring 10 points and grabbing 12 rebounds, while Fland finished with 16 points and Gibbs 10. The Crusaders will next host St. Raymond on Wednesday. The Ravens are 1-2 after suffering a 76-58 loss to Cardinal Hayes in the opener on Thursday.

Bryce Simmons led Scanlan with 15 points, while Evans scored 11 and Rich Smith 10. Scanlan is now 2-1 in CHSAA spring play, and will face St. Peter's on Monday.