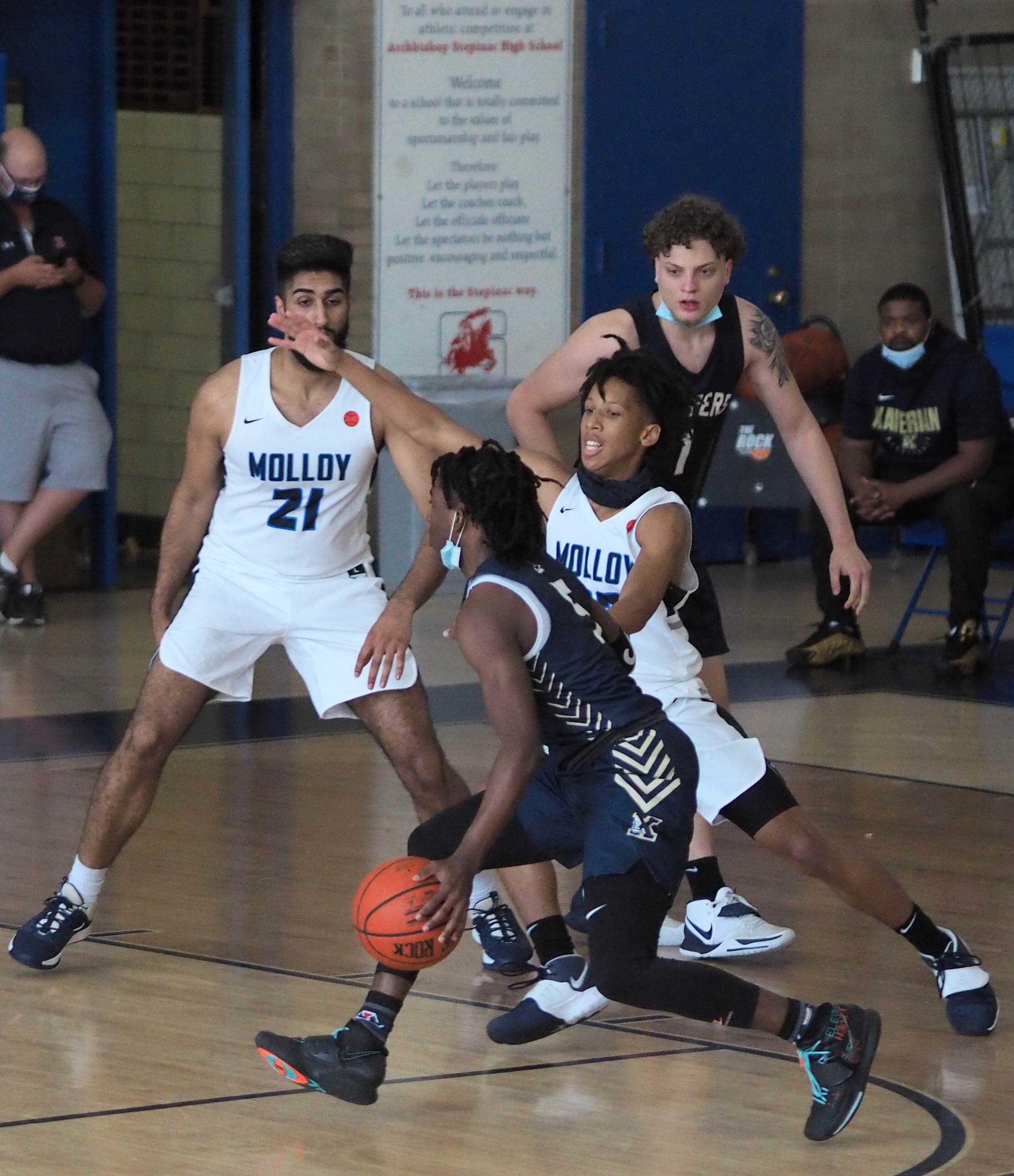 Nick Folk and Shawn Fulcher scored 20 points each, as Xaverian held off Archbishop Molloy 67-60 in the CHSAA spring tournament finale for both teams on Monday.

Xaverian clinched a playoff spot in the @CHSAA_NYC spring tourney with a 67-60 win over Molloy today. Clippers finish 4-1 in the Ray Nash standings. @XaverianBB #HSBB

The Clippers finished tournament pool play with a record of 4-1, their sole loss coming to St. Francis Prep. The Terriers, who edged Xaverian in last year's CHSAA Brooklyn-Queens Diocesan title game, are 4-0 heading into their finale against Christ the King on Wednesday.

With playoff spots limited to the top two finishers, Xaverian locked the 2 seed in the Ray Nash Division with Monday's win over the Stanners. The Clippers led by double digits for most of the second half, but Molloy rallied late, getting as close as 5 in the final minute. Christian Bliss scored 19 points and John McCabe added 16 for Molloy. Matthew Gonzalez scored 11 for Xaverian.

The Clippers are slated to face Archbishop Stepinac, the top seed in the Kevin Pigott Division, in the semifinal playoff next Monday at 7:30 in White Plains.