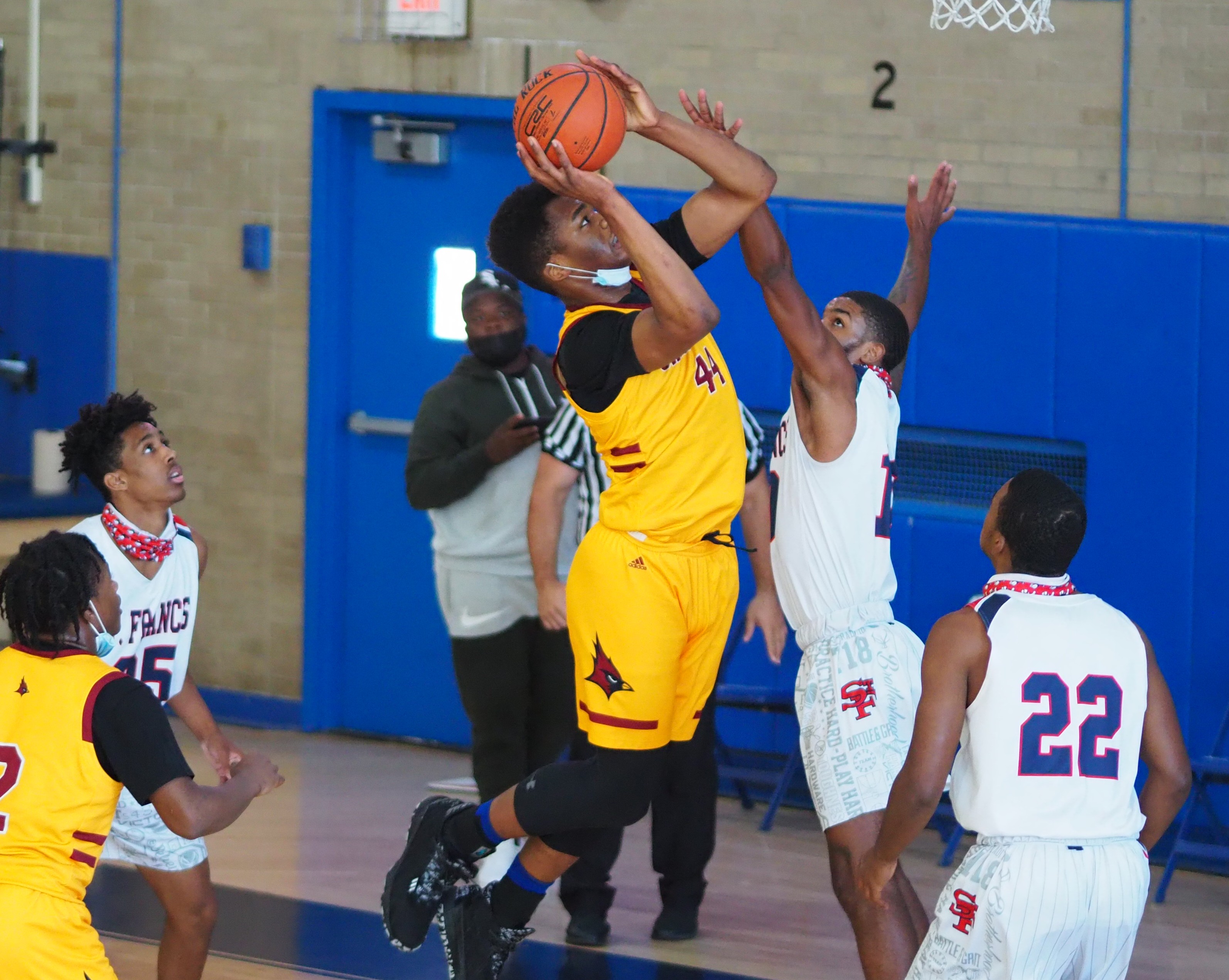 Tobe Awaka scored a game-high 25 points to lead Cardinal Hayes to a 60-57 overtime win over previously unbeaten St. Francis Prep in the New York City CHSAA spring semifinals in White Plains on Monday. Awaka scored 12 first-half points and put up 13 in the second, all in the paint, but he was forced to sit after being whistled for his fifth personal in the closing minutes of regulation. Hayes still managed to outscore the Terriers 11-8 in the extra session, with DJ Victory (4 points) and Julio Phipps (3 points) stepping up for the Cardinals, sending them to the final.

Todd Rochelle scored 20 points for St. Francis Prep, including four 3-pointers, while Joshua Pascarelli added 14 with two 3-pointers. The Terriers came up short despite netting a total of 10 triples in the game. In stark contrast, the Cardinals did not make a single shot from beyond the arc, a testament to Awaka's prowess in the post.

Hayes will face Xaverian in the final on Thursday night. The Clippers, whose sole loss this spring came to St. Francis Prep, outlasted host Archbishop Stepinac 57-53 in double overtime in the other semifinal.