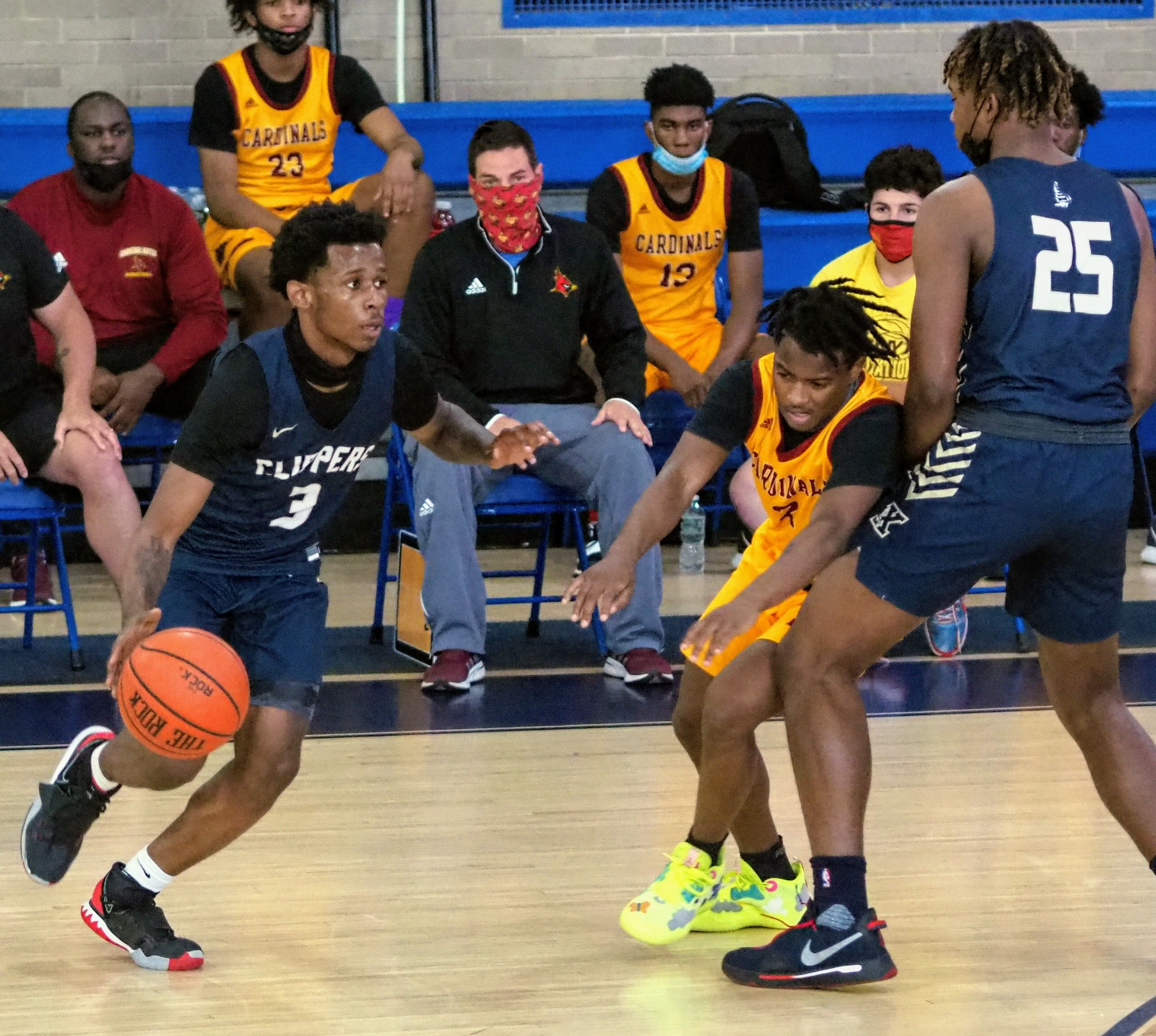 Tarique Foster scored 23 of his game-high 25 points in the second half, including 15 points on five 3-pointers in the third quarter, as Cardinal Hayes rallied to defeat Xaverian 70-66 in the New York City CHSAA spring tournament final in White Plains on Thursday night. After managing just 22 points in the first half, Hayes put up 22 in the third frame and 48 in the second half, with Foster leading the offensive surge.

Cardinal Hayes topped Xaverian 70-66 in the @CHSAA_NYC spring tournament final tonight. Tarique Foster scored 23 of his game-high 25 points in the 2nd half, including 15 points on five 3-pointers in the 3rd quarter.

The Cardinals overcame a 24 point performance by Nick Folk, who connected on six 3-pointers in the game, including three in the fourth quarter, and a 22 point effort by Shawn Fulcher, who added three triples.

Hayes also managed to keep frontcourt standout Tobe Awaka on the court during critical stretches despite foul trouble. After sitting out significant portions of the first half, Awaka went to the bench when he was whistled for his fourth personal on a Jaden Pena 3-point play that put Xaverian in front 43-41 with 2:15 in the third quarter. Awaka reentered when Hayes called a timeout following a Folk triple that gave the Clippers a 51-44 cushion with 7:15 left in the fourth.

Hayes chipped away with two free throws by Jaiden Williams and baskets by Foster and Awaka, and the Cardinals called a timeout after DJ Victory's double clutch made it a one point game at 66-65 with 47.5 seconds left. Trailing by a point with under a minute to play, Hayes was confronted with a unique predicament: four fouls to give before they could put Xaverian on the stripe. That dilemma looked more ominous when the Clippers ran the clock down to 19.7 seconds with Hayes still two fouls shy of the bonus, but the issue soon became moot.

DJ Victory came up with the defensive play of the game, running into the backcourt and stealing a sideline inbounds pass, then feeding Nas'Zaire Simmons for a layup to put Hayes in front 67-66 with just 14.8 ticks left.

This proved to be the game-winner for Cardinal Hayes last night. DJ Victory runs down and steals a pass, then feeds Nas'Zaire Simmons for a layup to put Hayes ahead 67-66 with 14.8 ticks left. The Cardinals held on to top Xaverian 70-66. @CHSAA_NYC #HSBB pic.twitter.com/DrrsvtovTJ

After using the remaining two fouls they had in the bank, Hayes defended a Folk drive before Foster was fouled on the rebound with 2.2 seconds left. Xaverian called a timeout after Foster made both free throws to make it 69-66, but the Clippers failed to get off a 3-pointer when their long inbounds pass hit the gym ceiling. The Cardinals took possession, and Williams iced the game with a free throw.

Awaka scored 16 points and Victory finished with 12 for Hayes. After winning their semifinal game against St. Francis Prep without a single 3-pointer, Hayes drained eight triples on Thursday night, five by Foster in the third quarter.

Folk and Fulcher accounted for 46 of the Clippers' 66 points and 9 of their 11 3-pointers.