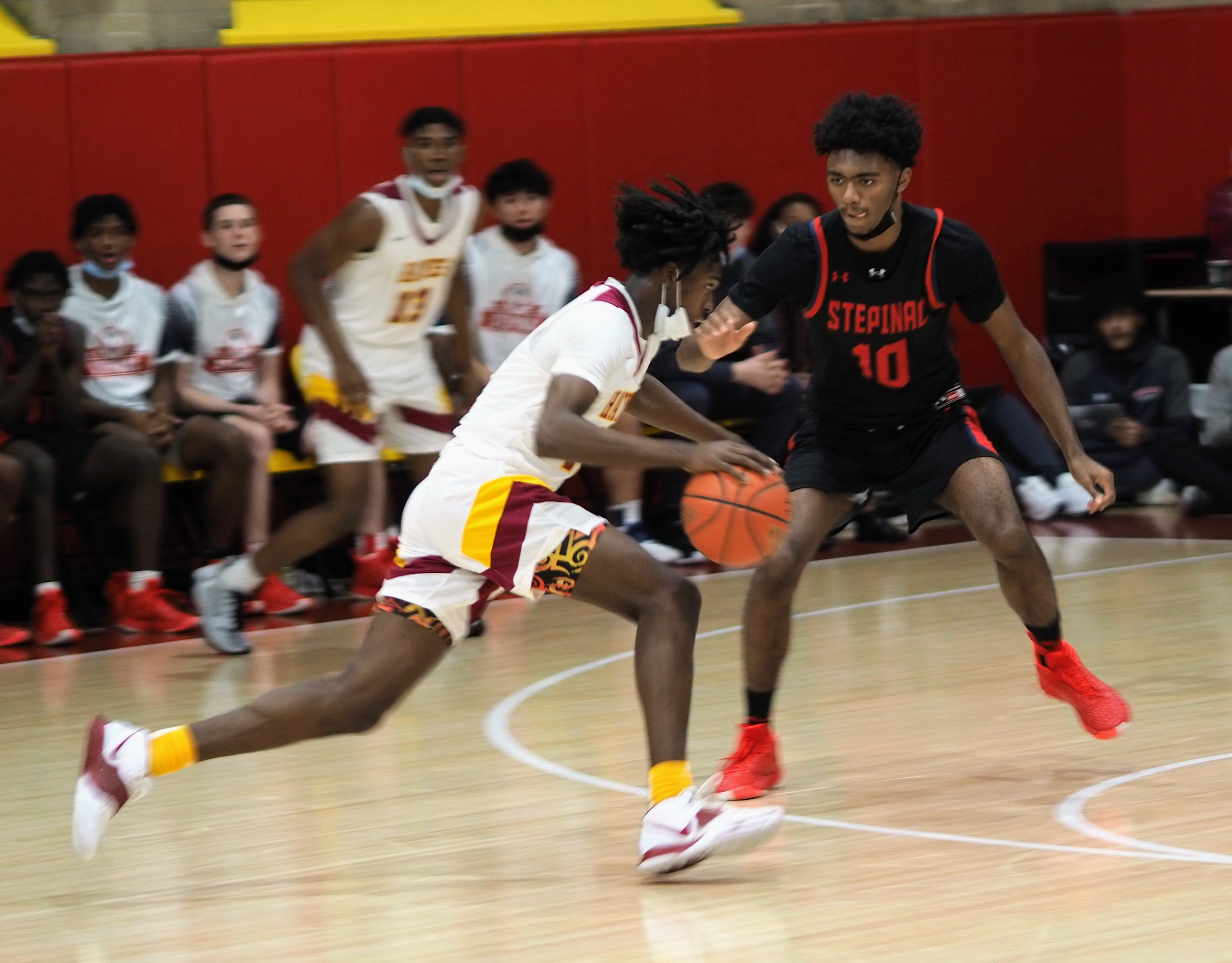 Tobe Awaka and Tarique Foster scored 19 points each, as Cardinal Hayes edged Archbishop Stepinac 70-67 in a CHSAA Archdiocese heavyweight match in the Bronx on Friday night. Samuel Gibbs netted a game-high 27 for the Crusaders.

Cardinal Hayes edged Archbishop Stepinac 70-67 in the Bronx tonight. Tobe Awaka and Tarique Foster scored 19 each for the Cardinals. Samuel Gibbs had a game-high 27 for the Crusaders. #HSBB #Fab50
Link to the box score⬇️https://t.co/VJTtVzBcqK pic.twitter.com/iMNbAoTYGy

Ian Jackson added 11 points for Hayes, including three eye-popping dunks that brought the packed crowd on the Grand Concourse to their feet, an audience that included a spirited student section on one baseline and a slew of college coaches on the other, including St. John's head coach Mike Anderson.

Ian Jackson of Cardinal Hayes scored 11 points in the Cardinals' 70-67 win over Archbishop Stepinac last night, including these three eye-popping dunks in the first half. @CHSAA_NYC @HayesHoopsCHSAA #HSBB pic.twitter.com/fr23CQHLAC

Despite playing without point guard Boogie Fland, Stepinac was able to keep the game within reach throughout, with Gibbs carrying the Crusaders on offense. Hayes held a 35-29 halftime lead, but Gibbs scored five straight to open the third, bringing Stepinac within a point at 35-34 after being fouled on a triple attempt and connecting on all three free-throws.

Danny Carbuccia made just two baskets in the game, but both of them gave Stepinac their only leads in the second half. His fade away jumper put Stepinac in front 36-35, and, after Hayes regained the lead on a contested elbow jumper by Foster, Carbuccia's 3-pointer gave the Crusaders a 39-37 advantage. The Cardinals took the lead right back at 40-39 after Mamadou Traore's corner 3-pointer, and Hayes went on a 14-4 run, pulling ahead 51-43 on a 3-pointer by Elijah Moore. Stepinac answered again, this time countering with triples by Braylan Ritvo and Gibbs to pull within a bucket before two Foster free-throws made it 53-49 at the end of three.

Hayes went to Awaka in the post down the stretch, and the frontcourt standout responded by scoring 11 of his 19 in the fourth, including a two-handed dunk that put the Cardinals ahead 65-60 with 2:12 left. A missed free throw by Hayes gave Stepinac possession trailing 69-67 with less than 30 seconds left, but Gibbs misfired on a leaner after getting Jackson in the air with a shot fake. The Crusaders had two other chances on this trip, but a Carbuccia 3-point attempt missed the mark, as did Isaiah Alexander's fall-away after an offensive rebound. Jackson was fouled on the next possession, and his free throw with 0.3 seconds left made it a 70-67 final.