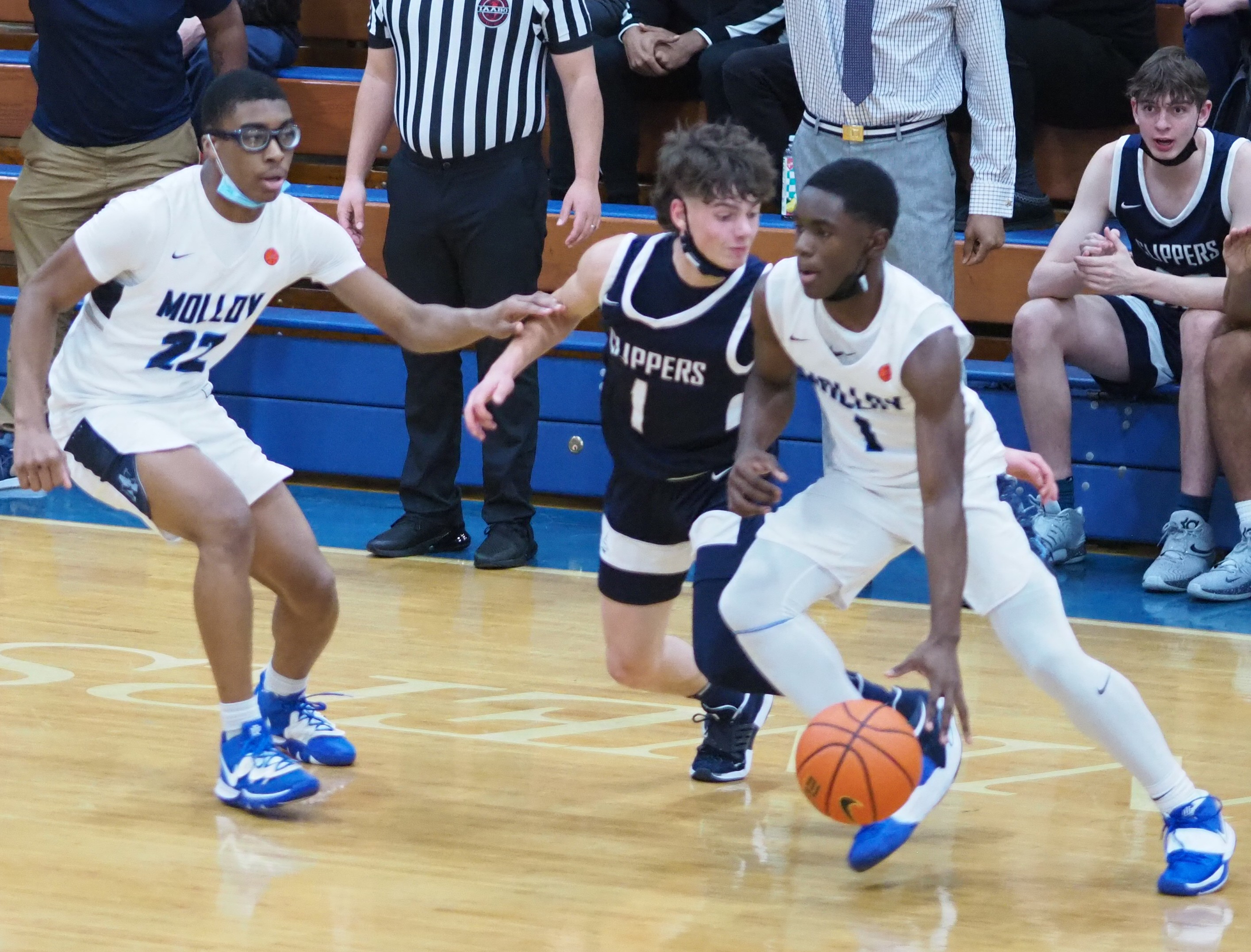 Archbishop Molloy overcame an 18-point deficit late in the second quarter, rallying to defeat Xaverian 75-70 in Queens on Friday night.

It looked like the Stanners might get run out of their own gym when Supreme Niles put the Clippers ahead 39-21 on a twisting and-one putback with 2:07 to play in half, but Molloy closed the quarter on a 10-1 run, narrowing the margin to 40-31 on Kuba Cwalina's buzzer-beating 3-pointer.

Molloy overcame an 18 point deficit late in the second quarter and defeated Xaverian 75-70 in Queens tonight. Kuba Cwalina scored 19 points for the Stanners, including five 3-pointers. #HSBB
Link to the box score⬇️https://t.co/PSrfHWFggK pic.twitter.com/OnK1MFiQ4m

Molloy tied the score at 52 with 2:02 left in the third on another triple by Cwalina, and the Stanners took a 54-53 lead a minute later on a driving score by Emmanuel Ikioda.

Nasir Muhammad's 3-pointer put Xaverian back in front 56-54 heading into the fourth, and the Clippers took a 61-56 lead on a triple by Aaron Goldstein with just over 7:00 to play. Molloy tied it again at 61 on a 3-pointer by Jayden James, but the Stanners had trouble containing Don Colon-Lewis, who muscled his way to 21 points, including 13 in the second half. After Lewis put Xaverian ahead 65-64 on a pair of free throws, Molloy answered with a 7-0 run, taking a 71-65 lead on two free throws by Malachi MacMillan.

Another 3-pointer by Muhammed made it a one possession game at 73-70 with less than a minute left, but Xaverian came up empty on its last few trips.

Chase Robinson and James closed the game out for Molloy with free throws.

Cwalina finished with 19 points, including five 3-pointers, while MacMillan scored 14, Robinson 13 and Joshua DeCady 10 for Molloy. It was the first CHSAA league game for the Stanners, who are now 3-0 overall and will host Fordham Prep on Sunday.

Muhammad scored 22 points, Colon-Lewis had 21, Niles 11 and Goldstein 10 for Xaverian. The Clippers, who fell to reigning B/Q Diocesan champs St. Francis Prep in Brooklyn on Tuesday, are now 1-2 in CHSAA league play and 2-2 overall. Xaverian will host Mount St. Michael on Sunday.