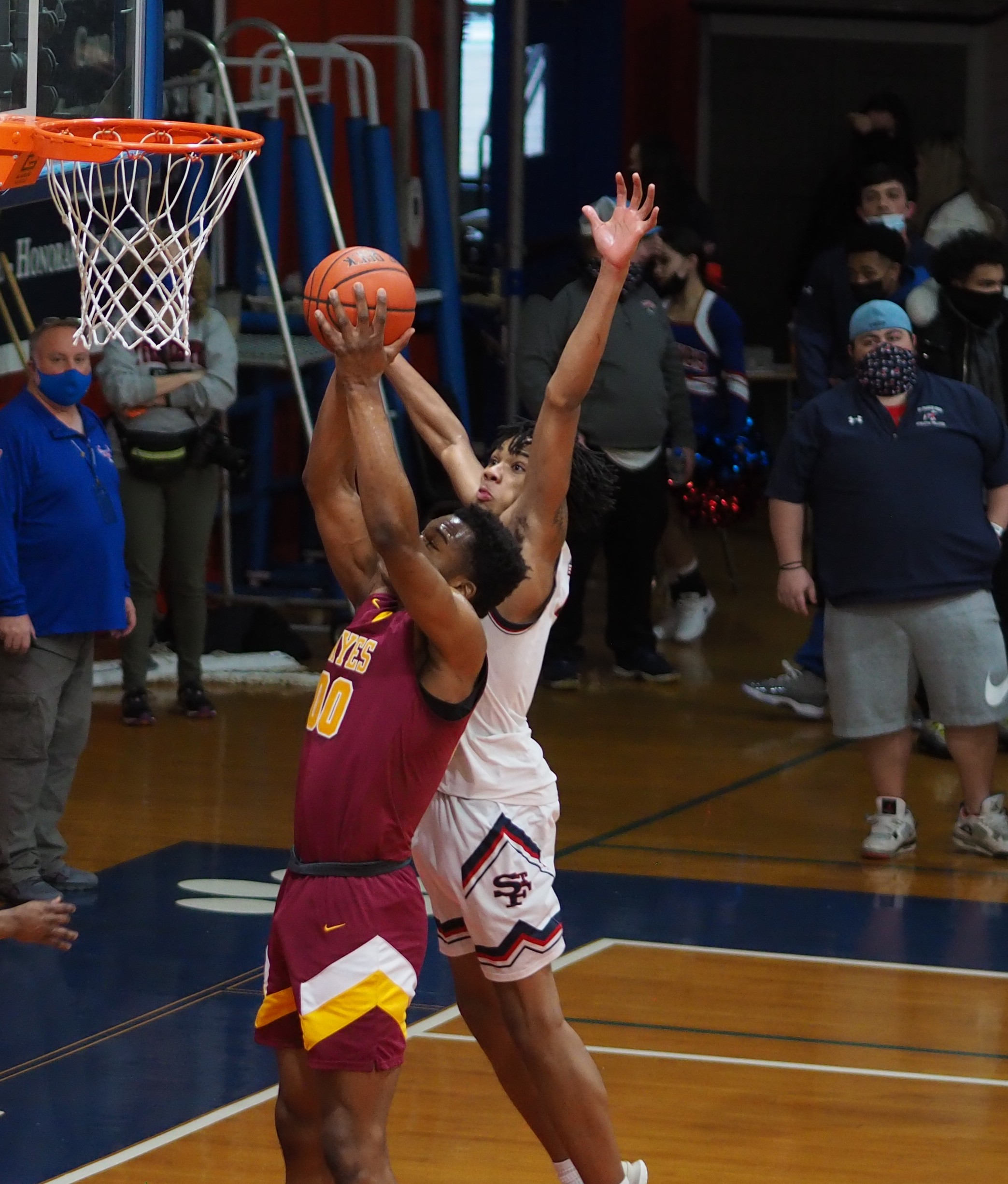 Jaden Daughtry scored 12 points, but it was his brilliant defensive performance that led St. Francis Prep to a 61-56 triumph over nationally-ranked Cardinal Hayes in Queens on Sunday afternoon. Despite consistent efforts by Hayes to get the ball to Tobe Awaka in the paint, Daughtry held the frontcourt standout to just three field goals and 12 points.

The Terriers took a 57-52 lead after Tyler Michel froze the defense with a hesitation dribble with 1:35 left, but a deep triple by Elijah Moore brought the Cardinals within a bucket at 57-55 with 1:01 to play. Hayes regained possession with a chance to tie or take the lead in the final minute, but Daughtry fronted Awaka in post and jumped to intercept a lob pass that, if completed, would have tied the game with 20 ticks left. Daughtry escaped a trap on the next trip, registering an assist by finding Michel on a dive to the basket to give St. Francis Prep a 59-55 lead.

Hayes was forced to foul when DJ Victory made 1 of 2 after a whistle on a drive to the hoop, and Latiek Briscoe iced the game with a pair of free throws.

St. Francis Prep's defensive execution was superb throughout, as the Terriers clogged passing lanes and prevented Hayes from gaining any offensive rhythm. Daughtry was especially effective in the paint, consistently challenging Awaka at the rim.

Joshua Pascarelli scored a game-high 18 points for the Terriers, including four 3-pointers, while Briscoe added 13.

Cardinal Hayes is currently ranked 11th in the country by MaxPreps and 19th nationally in the Ballislife Fab 50.

St. Francis Prep is now 12-0 in CHSAA league play and 16-1 overall. The Terriers will visit Christ the King on Tuesday.

Hayes is now 10-2 in CHSAA league play and 17-2 overall. The Cardinals will host Xaverian on Tuesday.