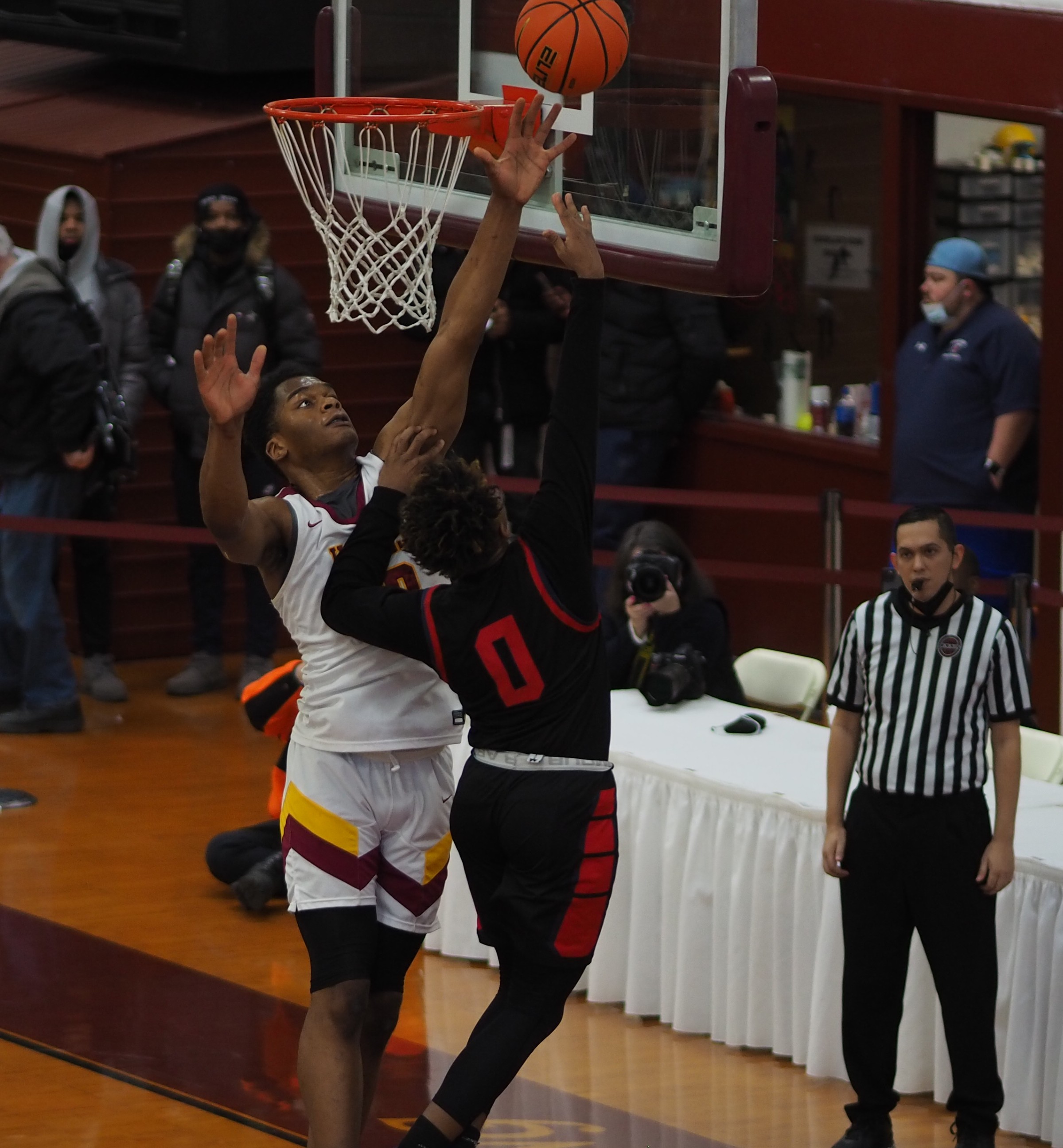 Archbishop Stepinac held Cardinal Hayes to just 10 points in the first half and two in the second quarter, as the Crusaders went on to take the CHSAA Archdiocesan title with a 51-40 win at Christ the King High School in Queens on Saturday.

Stepinac had struggles on offense themselves, managing just 4 points in the second quarter, but the Crusaders were sharp on defense and active on the glass, Joel Baez in particular, taking a 18-10 lead at the half. DJ Victory scored 8 of the Cardinals' 10 points over the first 16 minutes.

Hayes' offense perked up to start the third, as Tobe Awaka scored the Cardinals' first six points to trim the margin to 20-16. Stepinac countered with a 9-4 run, starting with a Baez dunk and ending with a three-quarter court lob pass assist from Boogie Flad to Isaiah Alexander, giving the Crusaders a 29-20 lead with 4:02 left in the third quarter.

Hayes rallied back, as Ian Jackson and Tarique Foster helped the Cardinals close the frame on a 7-3 spurt, narrowing the deficit to 32-27 heading into the fourth.

A dunk by Alexander and long triple by Fland gave Stepinac its first double-digit lead at 37-27, prompting a Hayes timeout with 5:59 to play.

The Cardinals fought back again, as a banked runner by Victory and a corner 3-pointer by Foster made it 39-32, but Stepinac took control of the game for good with a 9-2 run. An uncontested elbow jumper by Baez put the Crusaders ahead 45-32 and another triple by Fland made it 48-34 with just 2:40 left.

Fland finished with a game-high 15 points and Alexander scored 12 for Stepinac.