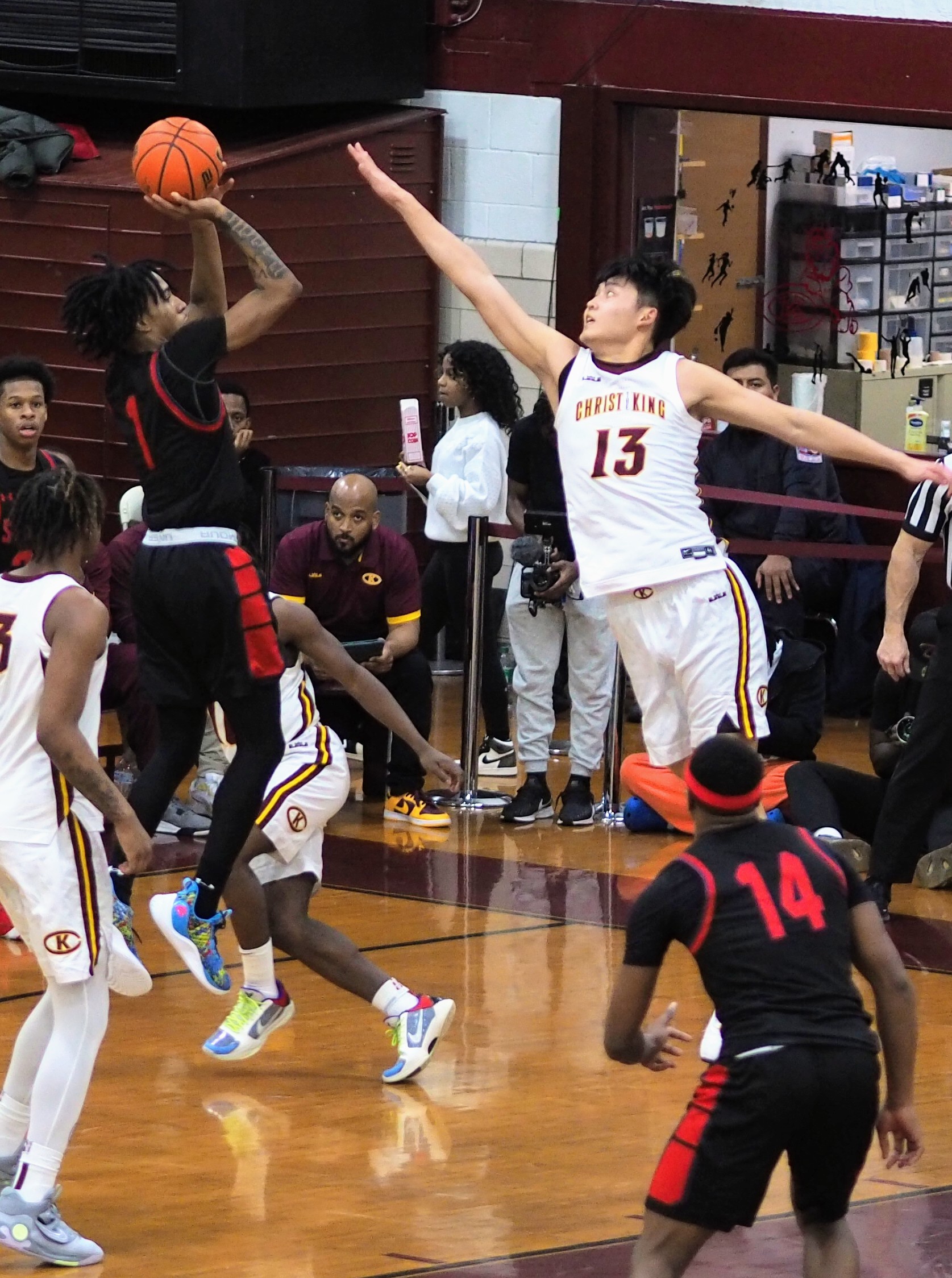 Stepinac holds off CTK behind Fland's 31

Boogie Fland poured in a game-high 31 points, as Archbishop Stepinac held off Christ the King 68-64 in Middle Village Queens on Sunday night. Fland knocked down five triples and connected on 8 of 10 from the stripe, including 6 of 7 in the final frame, despite tiptoeing around foul trouble for most of the second half.

Stepinac took a nine point lead at 57-48 after Jordan Gabriel's 3-pointer with 6:38 left, but Christ the King went on a 13-2 run, taking a 61-59 lead after a one-handed dunk by Dwayne Pierce and back-to-back reverse layups by Markell Alston. A putback by Benjamin Lyttle tied the game at 61, and Christ the King was in position to regain the lead after a traveling violation before Alston was whistled for a costly technical.

Fland made both technical free throws, and he connected on two more after being fouled on the awarded possession, putting the Crusaders in front 65-61. Alston answered for the Royals with a 3-point play to make a one-point game at 65-64, and Stepinac left the door ajar after Hassan Koureissi made 1 of 2 after being fouled on the ensuing possession. Christ the King came up empty on the next trip, and Fland sealed it with two more from the stripe.