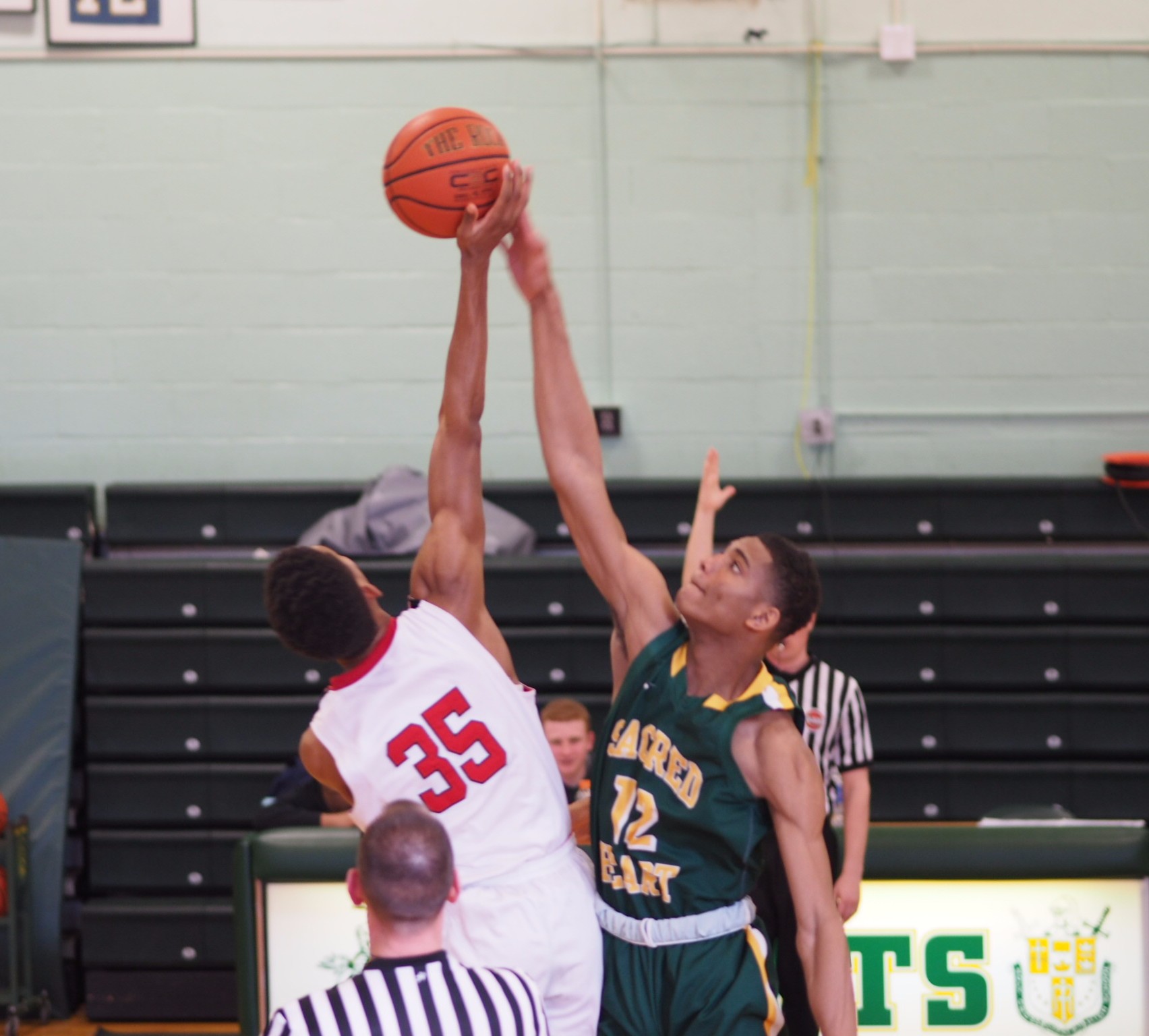 Sean Smith had 28 points and Alonzo Rose had 14 points to lead Sacred Heart to a 60-51 win over top-seeded LaSalle in the CHSAA B Division basketball semifinals at Holy Cross on Sunday. Sacred Heart led 12-11 at the end of the first before LaSalle came back to take a 28-25 lead at the half. Sacred Heart countered to tie the game at 40 at the end of the third, behind Smith and Shakirro Samuels, who scored all seven of his points in the quarter. After LaSalle went ahead 44-43 on Justin Rivera's basket with 6:15 left, Sacred Heart's bench was awarded a timeout just as Bryce Council of LaSalle was stealing the ball from Paul Turner. Following the timeout, the Irish went on a 8-0 run to take a 51-44 lead on their way to the 60-51 win and a shot at the CHSAA B Division crown. There were a lot of whistles in this game, with three players fouling out and a total of 53 free throws attempted. Sacred Heart will take on Salesian in the CHSAA B Division Championship Game at Fordham University on Friday. Isaiah Allen-Smith had 21 points for LaSalle.