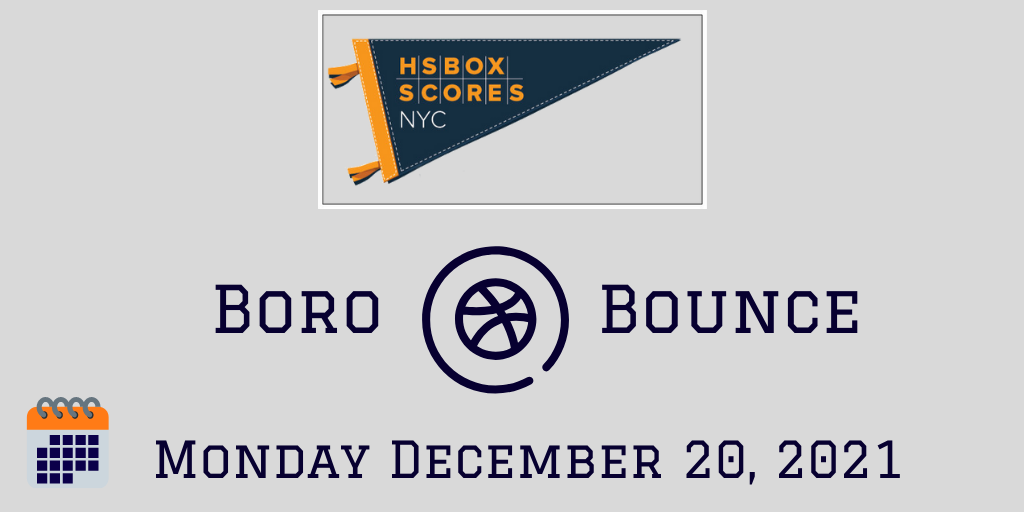 It was a busy week in high school hoops around the boroughs. Here we go.

LuHi is ranked 4th nationally by Max Preps and 13th in the Ballislife Fab 50. Hayes came in at 24 in both rankings and their national spot figures to improve following the win over LuHi. The Cardinals are now 6-0 with wins over St. Raymond, Stepinac and LuHi, and will host Mount Saint Michael on Tuesday.

Time to give Cardinal Hayes (NY) some national recognition.

Archbishop Stepinac defeated PSAL Brooklyn AA powerhouse South Shore 77-67 at Monroe College on Saturday. Danny Carbuccia scored 19 points and Isaiah Alexander had 17 points and 11 rebounds for the Crusaders. Stepinac was scheduled to face Monsignor Scanlan at Roselle Catholic High School on Sunday in a game that was meant to nationally televised on NBC Sports, but a shattered backboard caused the game to be postponed.

St. Francis Prep had an impressive out-of-town win, topping west coast power Mater Dei 80-47 at the Kreul Classic in Coral Springs, Florida. Latiek Broscoe scored 17 points, Jaden Daughtry and Joshua Pascarelli had 16 each and Chance Morish had 14 for the reigning B/Q Diocesan champs. The Terriers have two more games against local teams in the Sunshine State before they return home to host Holy Trinity (LI) on December 27.

Christ the King defeated NY Archdiocese heavyweight St. Raymond 72-42 in the Bronx last Wednesday. Brandon Williams scored a game-high 20 points and Dwayne Pierce added 12 for the Royals. Christ the King will have more than a week to rest before Cardinal Hayes visits Middle Village on December 29th.

The Stanners suffered a 46-44 setback to reigning CHSAA A Division Champs Fordham Prep on Sunday. Omari Ward scored 14 points and Nathan Boateng had 11 for the Rams.

Mount Saint Michael edged Xaverian 53-52 in Brooklyn on Sunday, ending an 0-3 week for the Clippers, who fell to St. Francis Prep on Tuesday (67-57) and Molloy on Friday (75-70). The Mountaineers will be tested on Tuesday, when they visit Cardinal Hayes.

There is one unbeaten team left in the PSAL Queens AA Division, and it is not Cardozo or John Bowne. Forest Hills is 5-0, and the Rangers will host Francis Lewis on Tuesday and Cardozo on Thursday. The Judges suffered their first league loss to Francis Lewis last Tuesday (62-58), but bounced back with a league win over Construction on Thursday (73-60) and a non-league win over Boys & Girls on Saturday (63-45). Ryan Hudson scored 21 points and Isaiah Wright had 15 in the win over the Kangaroos.