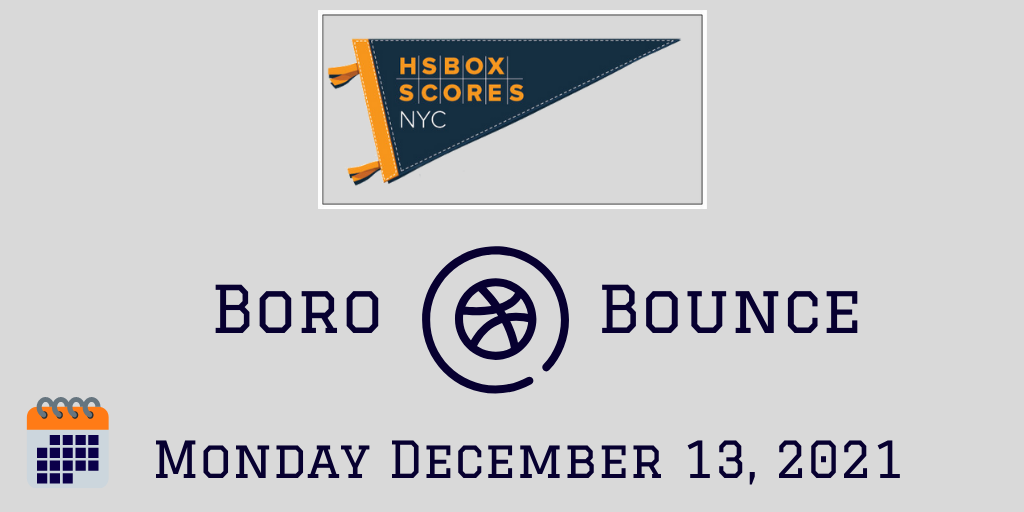 Here's your weekly update on the high school hardwood action around the boroughs.

Cardinal Hayes edged Archbishop Stepinca 70-67 in an early-season CHSAA Archdiocese heavyweight bout in the Bronx on Friday night. Tobe Awaka and Tarique Foster scored 19 points each for Hayes, with Ian Jackson adding 11, including three dazzling dunks in the first half. Samuel Gibbs scored a game-high 27 for Stepinac, which played without national prospect Boogie Fland. The buzzing atmosphere on the Grand Concourse was a welcomed sight after an unfinished 2020 season and an ad hoc CHSAA spring tournament in 2021 (won by Cardinal Hayes). One baseline of the renovated gym floor was loaded with a spirited student section, while the other was lined with a slew of college coaches, including St. John's Head Coach Mike Anderson.

Stepinac bounced back with a 50-49 home win over Christ the King on Sunday afternoon, with Danny Carbuccia scoring 23 points, including two free throws that proved to be the difference in the game. Stepinac gained possession after falling behind 49-48 in the final minute, but Christ the King committed two fouls when they only had one to give, a rare but costly miscue in defensive execution for the Royals that put Carbuccia on the stripe. Christ the King, who topped Chaminade 64-60 on Long Island on Friday night, failed to get a clean look at the hoop on the final trip.

Back-to-back wins for St. Raymond over Monsignor Scanlan on Friday (83-68) and Iona Prep today. Ravens will host Christ the King on Tuesday. #HSBB
Link to the box score⬇️https://t.co/pAPuy5Xici pic.twitter.com/MwhNT1lLVU

The Ravens will host Christ the King in the Bronx on Wednesday (a game that was initially scheduled for Tuesday).

Cardozo defeated John Bowne 66-59 in a key PSAL Queens AA matchup last Tuesday, and the Judges followed that up with a league win at Springfield Gardens, improving to 4-0 in the Queens AA standings.

John Bowne rebounded with a 45-38 win at Campus Magnet and an impressive 61-56 win over Wings Academy on Saturday. The Wildcats visit Forest Hills, which is 3-0 in Queens AA league play, on Tuesday.

Nice win for John Bowne--their second straight after a road loss at Cardozo. Wildcats host Forest Hills, which is 3-0 in the #PSAL Queens AA standings, on Tuesday. #HSBB https://t.co/DinrPovqXD