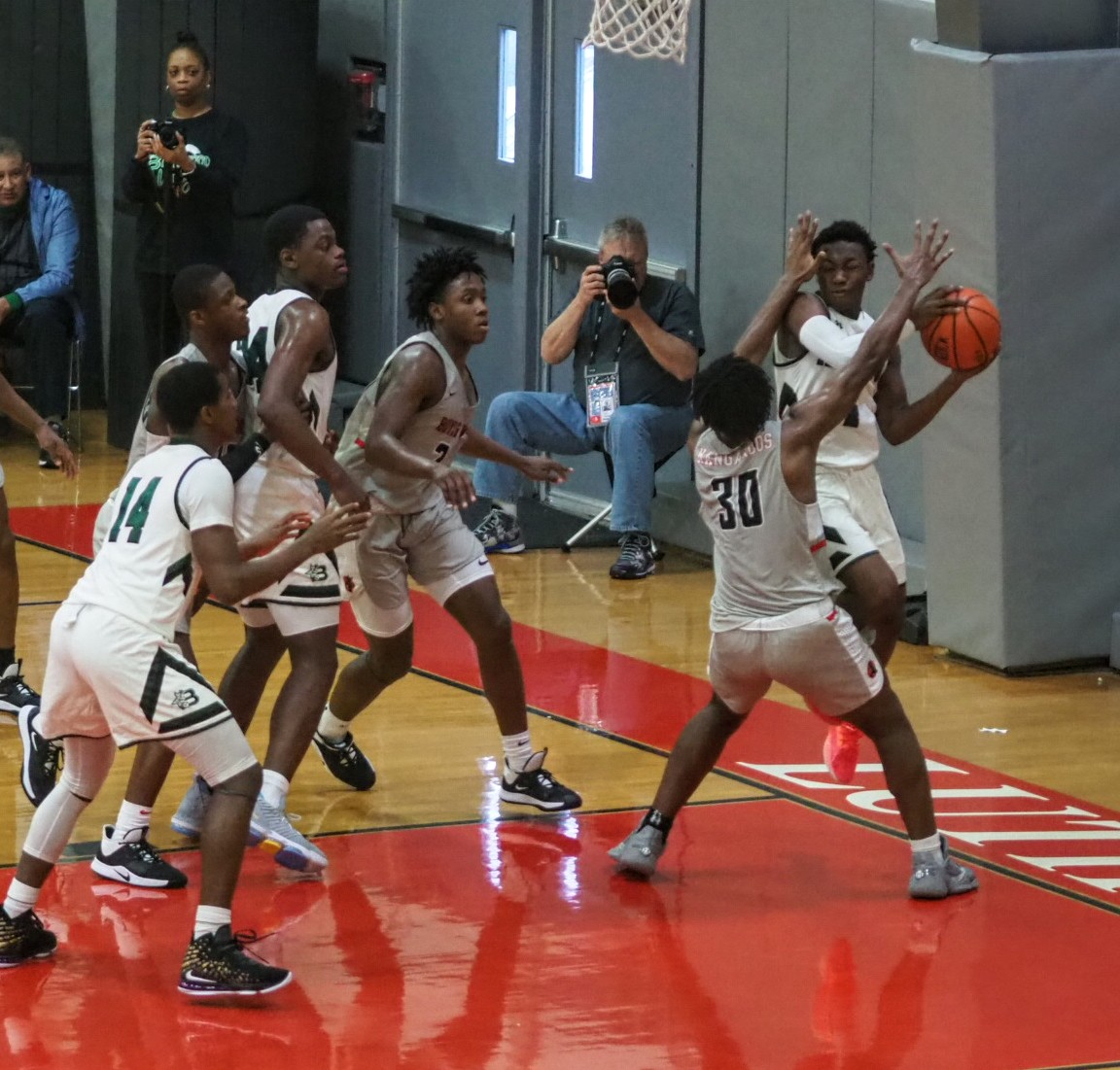 Khalil Brantley hit a running sideline 3-pointer as time expired to lift Boys & Girls to a 65-64 win over Long Island powerhouse Brentwood at Long Island Lutheran High School in Brookville on Saturday. The Kangaroos overcame a nine point deficit with just 2:30 to play, closing the game on a 13-3 run to win it on Brantley's buzzer-beater.

After a wild sequence on the last possession, Khalil Brantley threw in this buzzer-beater, as Boys & Girls overcame a 9 point deficit with 2:30 left to come back and stun Brentwood 65-64. #PSAL #HSBB pic.twitter.com/WVMd7meiD7

Two free throws by Jordan Riley put Brentwood ahead 61-52 with just 2:35 left in the game, but a triple by Brantley made it 61-55 and Boys & Girls called timeout with 2:13 remaining. Another triple, this one by Jahi Mukoro, made it a one possession game at 63-60, with the Kangaroos calling for time again, this time with just 59.6 seconds remaining. Boys & Girls pulled within a point at 63-62 on Xavier Ryan's putback with 23.2 ticks left, but the Kangaroos were forced to foul, putting Riley on the stripe with 16.2 seconds on the clock. Riley made the front end to make it 64-62, and he chased down his own miss on the second, with Brentwood calling for time and taking possession on the baseline with 13.5 seconds remaining.

Alan Houston had what looked like it would be an open look at the rim on a well-executed inbounds play, but Xavier Ryan closed out and defended the shot, leading to a scramble for the loose ball with time winding down. Zaphian Scott secured it for the Kangaroos and handed it off to Brantley, who was bumped twice in the backcourt before mananging to fling in the runner right in front of the Boys & Girls bench.

Boys & Girls trailed Brentwood 61-52 with 2:30 left, but the Kangaroos came back to win it 65-64 on Khalil Brantley's 3-point buzzer-beater. Link to the box score⬇️ #PSAL #HSBB https://t.co/ABVYGdLlVZ pic.twitter.com/VuPWbOXpz4

Brantley finished with a game-high 34 points, 25 in the second half and 13 in the fourth quarter. Riley finished with 32 points for Brentwood, which entered the game unbeaten and ranked 5th in New York State. Boys & Girls, currently ranked 24th, will resume PSAL league play on Tuesday, when they will visit Lincoln.