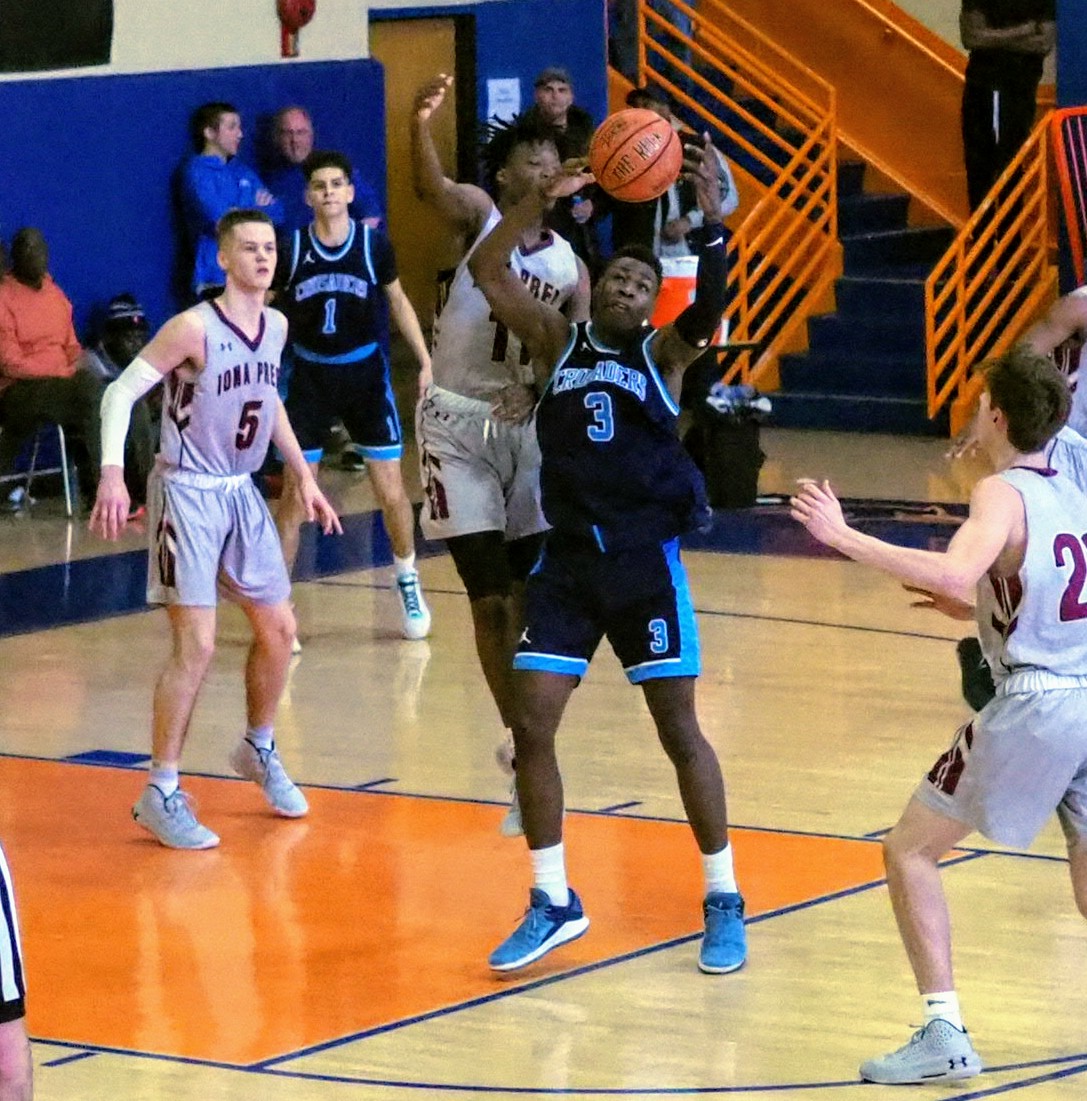 Koby Brea scored 24 points and DJ Bailey scored 21, as Monsignor Scanlan grinded out a 78-69 win over Iona Prep in the CHSAA Archdiocese Tournament Quarterfinals on Sunday.

The Gaels sprinted out of the gate, opening the game on a 10-0 run before Scanlan called a timeout and Brea finally got the Crusaders on the board with a 3-pointer. RJ Greene, Marquis Dukes and Aidan Hilderbrand led a balanced offensive attack for Iona Prep in the early going, as the Gaels stretched their lead to 16-5 before taking a 20-13 advantage into the second quarter.

Scanlan defended their way back into it, cutting Iona Prep's point production in half over the next 8:00 and getting an offensive boost on triples from Ray Glasgow and Kesean Tracey, eventually turning a 7 point first quarter deficit into a 36-30 lead at the intermission.

Bailey scored 16 points in the second half, including a banked 3-pointer from beyond half-court that just beat the buzzer at the end of the third quarter, giving Scanlan a 52-48 lead after three.

Scanlan will face top-seeded St. Raymond in the semifinals on Tuesday night. The Crusaders were responsible for one of the Ravens' two league losses during the regular season, a 70-69 home triumph on February 9th, a game in which Brea hit the game-winner.