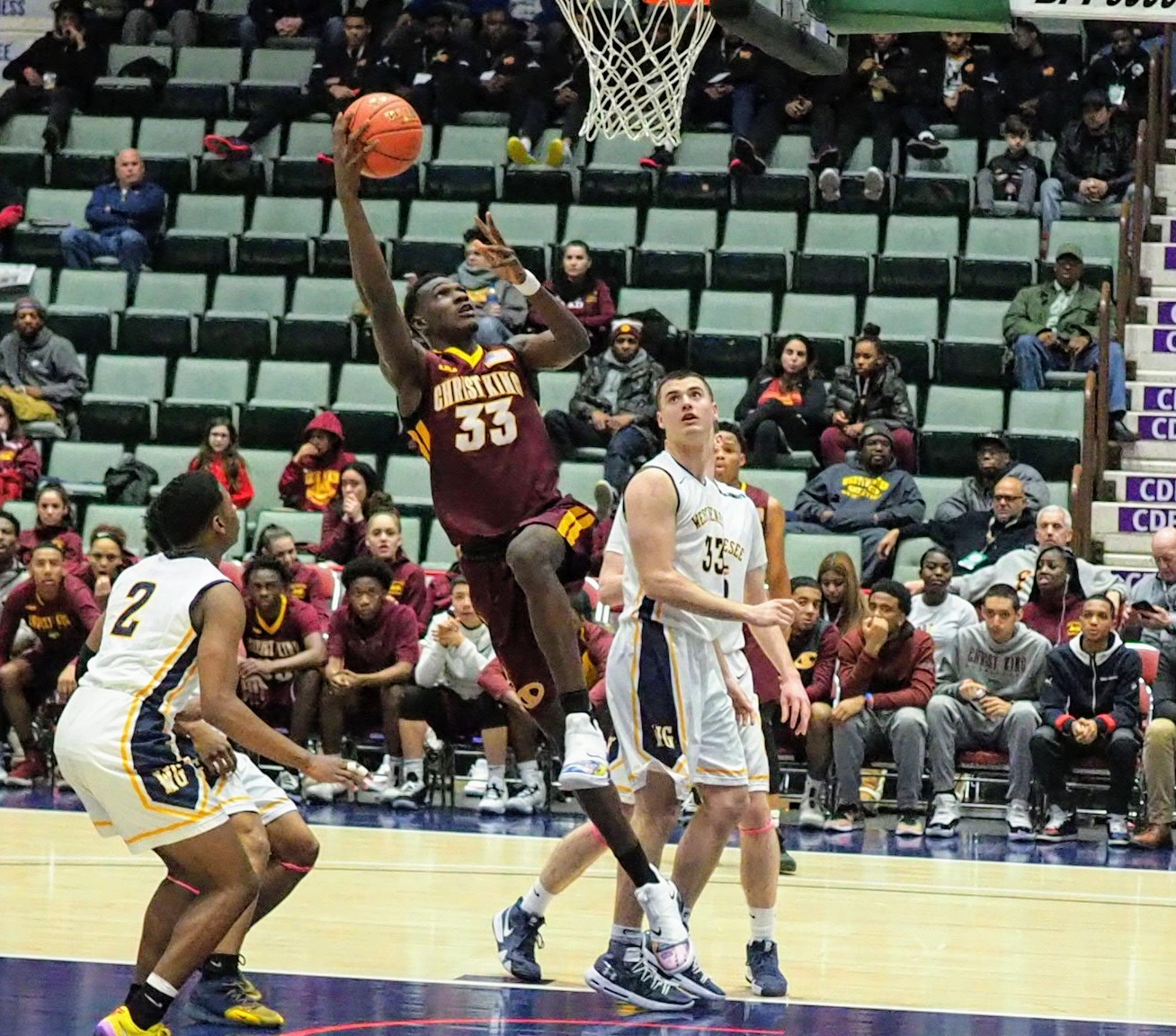 Christ the King over West Genesee 59-53

Myers had five 3-pointers on eight attempts from beyond the arc, while Cisse continued to give the Royals an imposing defensive presence in the paint and around the rim, blocking 10 shots. In what is becoming a trend in Christ the King's postseason success, the Royals got valuable contributions from their reserves, as Jared Harrison-Hunte scored 8 points Nicholas Molina scored 7. Nathaniel Curry added 9 points and 6 rebounds for CTK, who will face Long Island Lutheran in tonight's championship game.