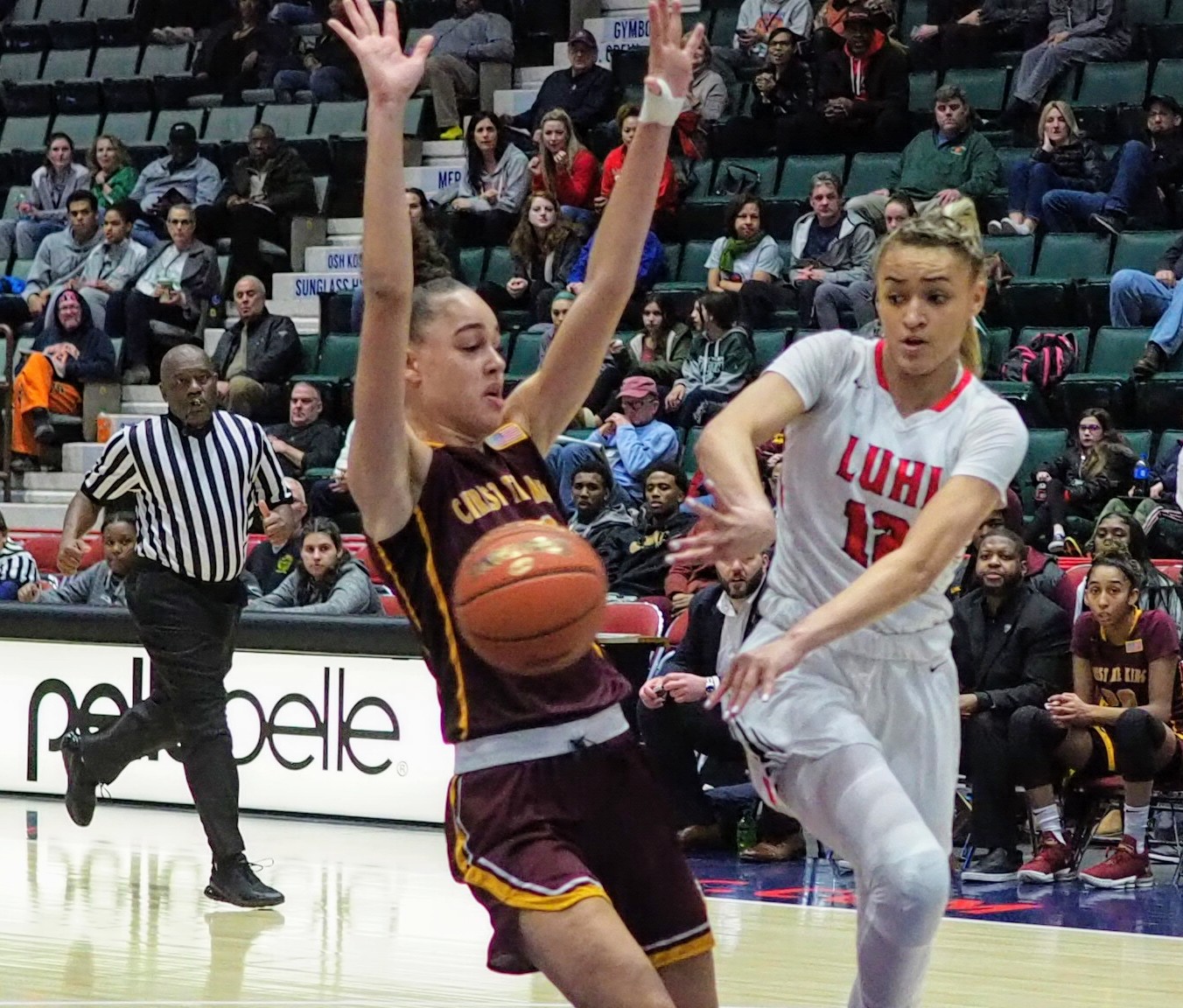 Sconiers made 5 of 6 shots from the floor and 9 of 10 from the stripe, but the lock-down defense of the Lady Royals played a big part in a convincing win that earned them a spot in Saturday's championship game, when they will take on NYSPHSAA champs Ossining. Christ the King held LuHi guard Celeste Taylor, a McDonald's All-American, to just 4 points, playing denial defense and trapping her whenever she gained possession in the frontcourt.

Back-to-back baskets by Demry late in the third quarter gave the Lady Royals a commanding 38-23 lead, but LuHi rallied behind Paris Clark, whose putback trimmed the margin to 43-40 with 4:00 to play. Demry answered for Christ the King to stretch the lead back to 45-40, and the Lady Royals went on the close the game on a 13-2 run.

Clark finished with 14 points for LuHi.