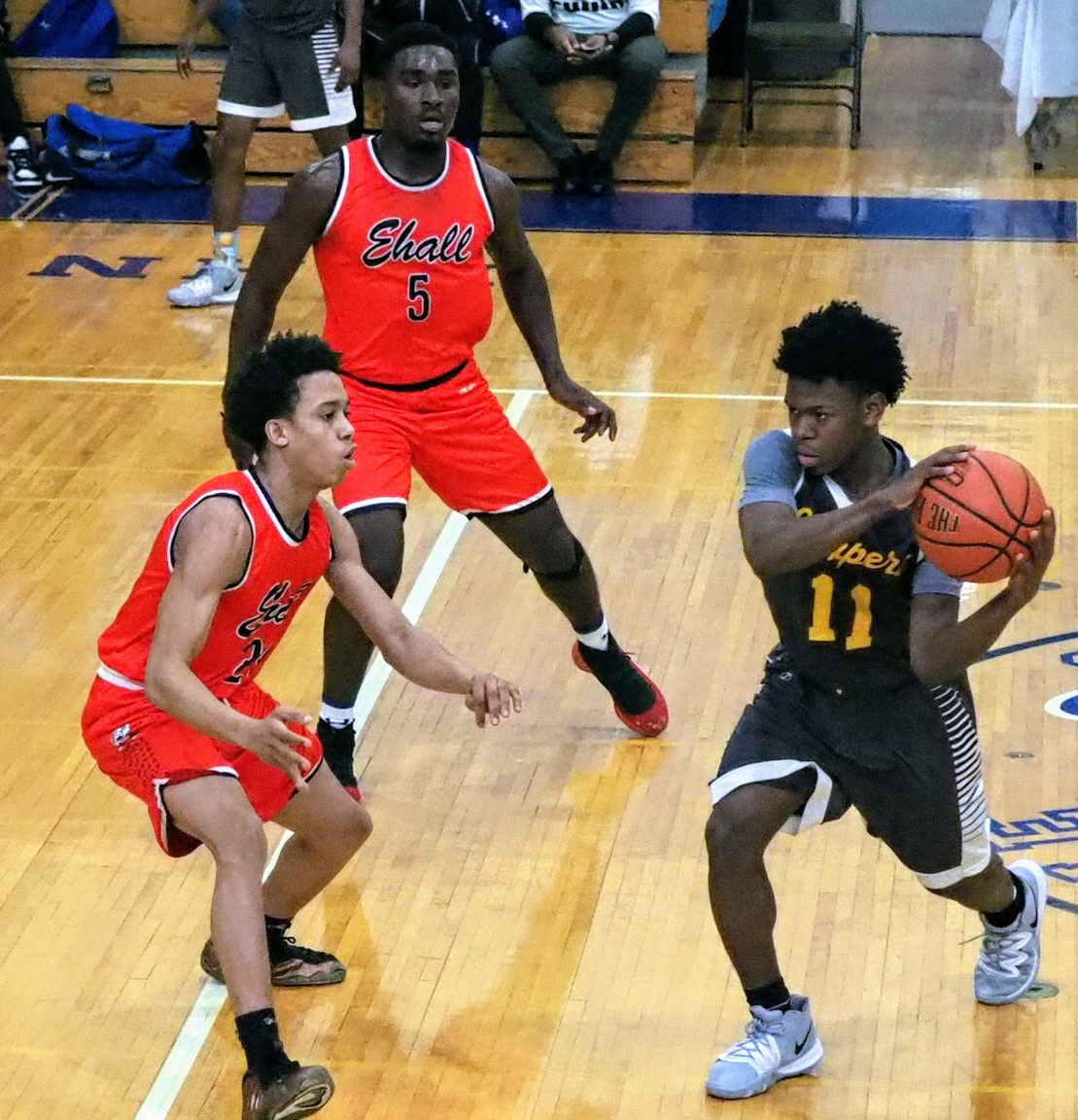 Erasmus Hall shook off a player ejection, foul trouble and struggles from the free throw line to hang on and top Samuel Gompers 56-52 at the Queens Jam Christmas Classic in Flushing on Saturday. Wayne Longmore and Christopher Erskine-Gidding scored 14 points each to lead Erasmus, which saw a 17 point lead dwindle to just four in the final minute.

A scuffle after a dunk attempt by Cosby Napolean of Erasmus at the end of the third quarter led to the ejection of Napolean and Nyhem Garrett of Gompers, and the Dutchmen held a 43-26 lead heading into the fourth.

Longmore fouled out and Erasmus struggled from the stripe, opening the door for a Gompers comeback, led by Lindale Hamm, who scored a game-high 17 points. A layup by Koby Mensah and a free throw by Hamm made it 56-52 with 25.2 ticks left, but Gompers came up empty on their next two trips.

Erasmus is currently ranked 10th in NYC among Class A schools by the NYSSWA. The Dutchmen resume PSAL league play on January 8th, when they will visit Susan McKinney School of Art. Gompers is 2-6 in the PSAL Bronx AA league standings. The Panthers will host Manhattan Center on January 3rd.