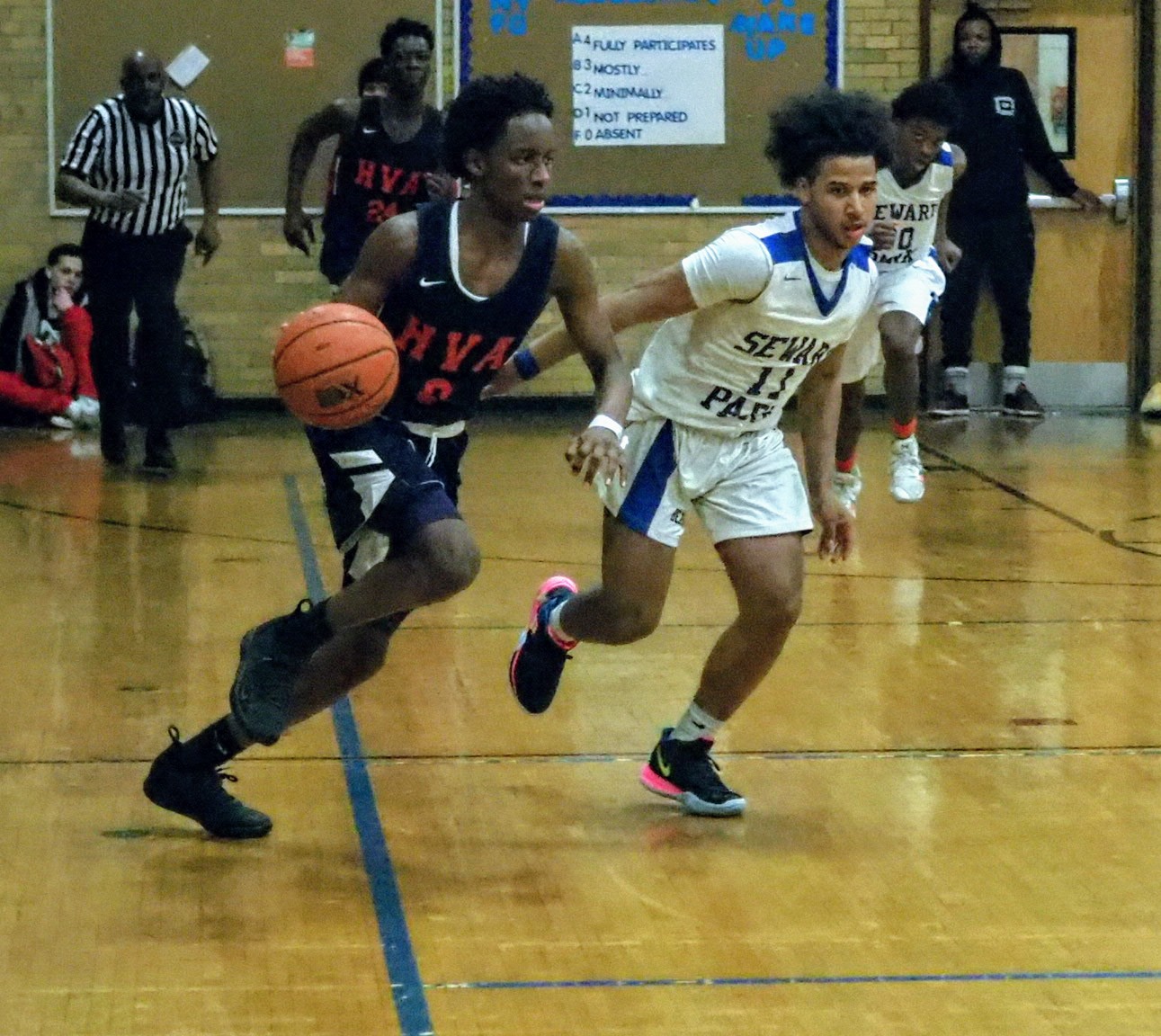 The Vipers led by as many as 13 in the fourth quarter before Seward Park made a late run, pulling with three at 55-52 after a steal by Justin Martinez and a reverse layup by Julian Camacho with 17 ticks left. The Bears were forced to put HVA on the stripe on the next possession, and Smith Jr. made it a two possession game at 56-52 by making one of two. Seward Park came up empty on the next trip, and Wague tacked on a freebie with just 1.1 seconds left to seal the 57-52 win.

Seward Park played the last three quarters without its standout point guard Travon Mack, who was injured after scoring five points in the opening frame. Mack was the leading scorer for Seward Park in PSAL league play this season, averaging 15.27 points per game. Camacho led the Bears with 16 points, connecting on 8 of 9 free throws.

HVA's defensive strategy paid off late, as the Vipers denied Camacho the ball, keeping him off the line in the fourth quarter. Seward Park wound up going 2-12 from the stripe in the final eight minutes.

Harlem Village Academy, the 9 seed, will face top-seeded Thurgood Marshall Academy tomorrow night in Harlem. The Panthers had an opening round bye.

In other PSAL borough tournament action: