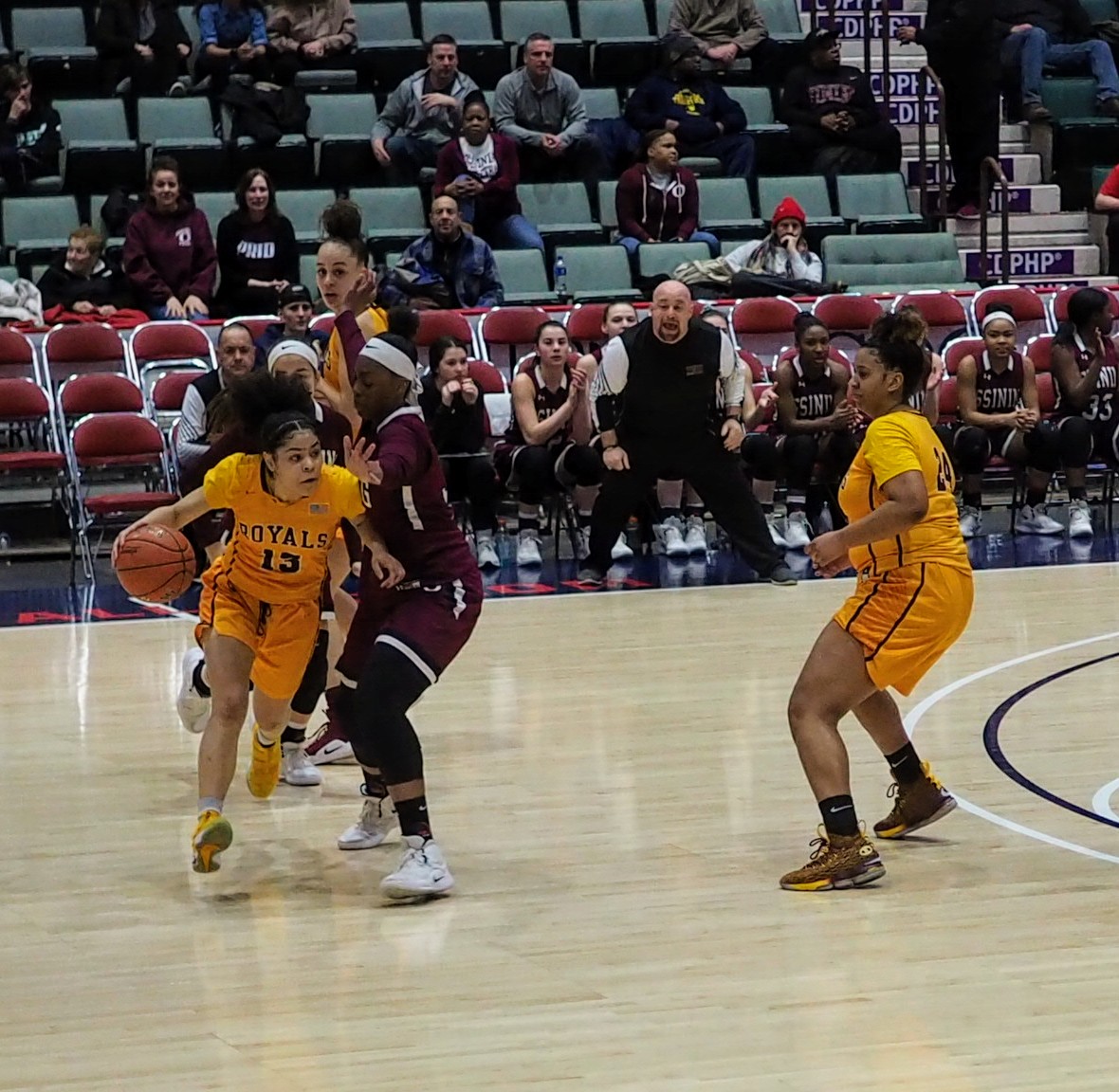 With its standout players stepping up in the final game of the season, Christ the King overcame a 38 point 18 rebound effort by Ossining senior Aubrey Griffin and held off the Pride 81-76 to win the New York State Federation AA championship in Glens Falls on Saturday night.

Seniors Klarke Sconiers, Nina Rickards, Khadija Demry and Kaelynn Satterfield, and junior Natalija Marshall turned in exceptional performances, and Christ the King needed all of them to get past Ossining and win the Federation title.

Rickards scored 19 points and Sconiers recorded a double-double, putting up 17 points and 11 rebounds, while Demry and Marshall scored 14 each. Satterfield scored 13 points, grabbed 9 rebounds and handed out 8 assists. Satterfield (9-10), Sconiers (5-6) and Demry (4-4) went a combined 18-19 from the free throw line, with Christ the King going 21-26 as a team.

Unlike its defensive triumph against McDonald's All-American Celeste Taylor of LuHi in the semifinals on Friday, CTK had difficulty containing Griffin, another McDonald's All-American who was recently named Miss New York Basketball, as she was able to neutralize Christ the King's denial defense by getting the ball in the open court. The Lady Royals overcame Griffin's performance with efficient offense and rebounding. Without making a 3-pointer in the game, CTK put up 44 second half points and 29 in the fourth quarter, while outrebounding Ossining 47-30.

After playing even at 37 in the first half, Ossining started to pull away midway through the third, taking a 49-41 lead on Kailah Harris' left-hander in the lane with 4:00 left in the quarter. A 3-pointer by Griffin put Ossining in front by 10 at 53-43, but Christ King closed the frame on a 9-2 run, 7 scored by Sconiers, narrowing the Ossining margin to 55-52 heading into the fourth.

Christ the King took a 56-55 lead on a bucket by Sconiers off a pick and roll with Satterfield, but Ossining took it right back at 57-56 on a Jaida Strippoli free throw. The lead changed hands five more times in the quarter, the fifth occuring on Satterfield's and-one bucket that put the Lady Royals in front 62-61 with 4:54 left. CTK took a 3 point lead at 64-61 when Satterfield hit Sconiers with a touch pass under the hoop with 4:30 left, and the Lady Royals stretched it to 66-61 on a bucket by Sconiers.

Ossining rallied behind Griffin, who scored the next 5 points in the game and tied it at 66 on a 3-pointer from the top of the key with 3:30 remaining.

Satterfied put the Lady Royals back in front with a pair of free throws, but once again Griffin tied it for Ossining at 68-68 on a driving layup.

CTK took the lead back at 70-68 on Demry's pivot in the paint, and the Lady Royals finally gained breathing room when Marshall's and-one fast-break layup made it 72-68 with 1:59 left. Griffin answered yet again for Ossining to make it 72-70, but Marshall hit a baseline jumper on the next trip, giving Christ the King another 4 point advantage at 74-70, now with under 1:00 to play. Griffin hit another pair to make it 74-72, but the Pride were now battling the clock and were forced to foul. Demry and Satterfied were clutch from the stripe down the stretch, making 7 of 8 in the closing seconds to finally seal it for CTK.