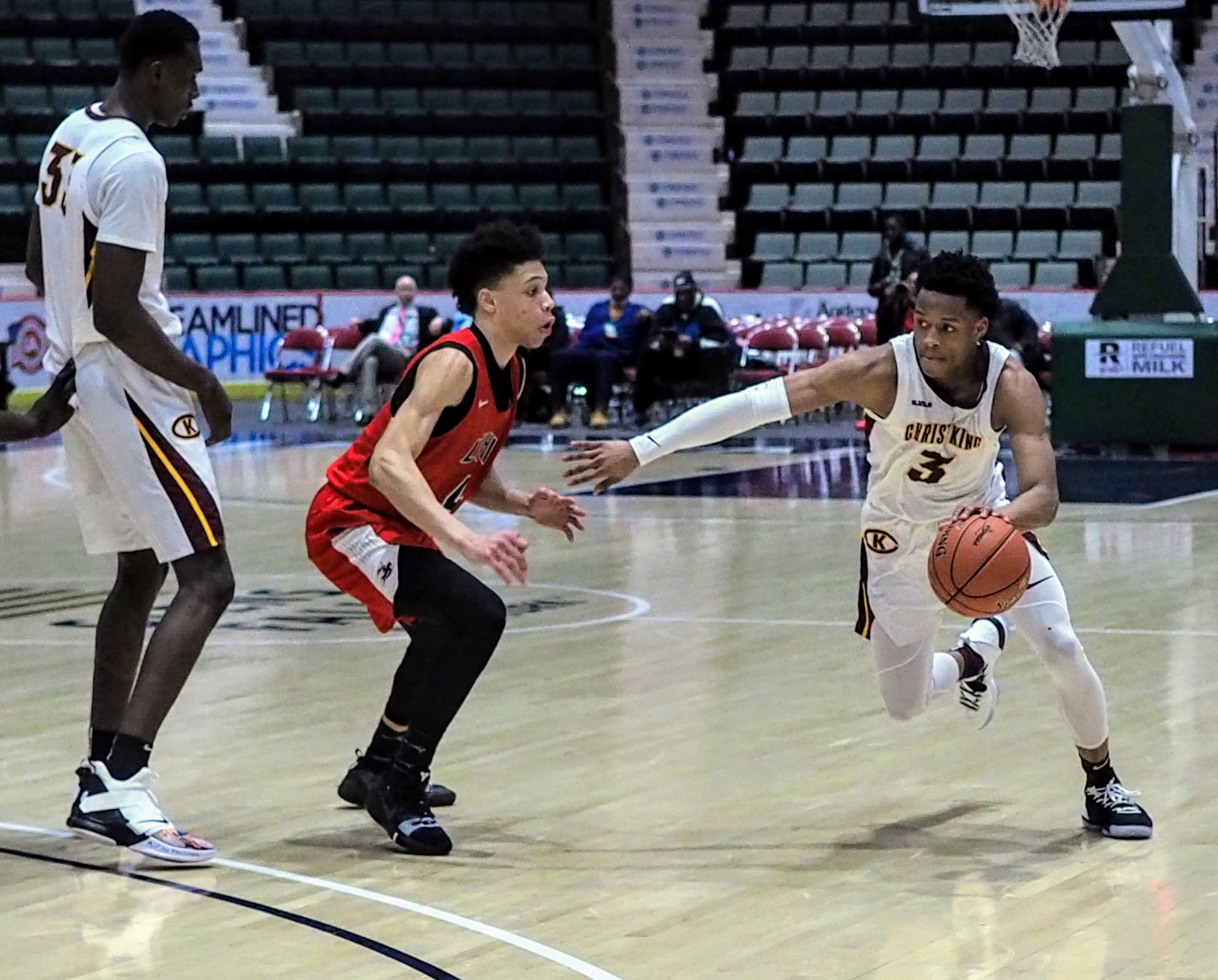 Long Island Lutheran outscored Christ the King 20-6 in the fourth quarter, putting the finishing touches on a brilliant defensive performance and defeating the Royals 51-31 to win the New York State Federation AA title in Glens Falls on Saturday night.

Christ the King's 31 points were by far the lowest game total of the season for the Royals, 21 points below their previous low of 52 in a win against Holy Cross on January 29th. LuHi's muscle in the paint and pressure on the perimeter prevented the CHSAA champs from getting much traction on offense, with the exception of a flurry of alley-oop dunks by Moussa Cisse in the second half. Another impressive facet of LuHi's defense was that they defended without fouling. CTK only got to the line six times in the game, making just one.

Christ the King's defense was also solid over the first three quarters, holding the Crusaders to just 31 points, and the Royals pulled within six at 31-25 after Cisse's alley-oop slam off an assist from Sterling Jones to close the third.

LuHi opened the fourth with a jumper by Jalen Celestine and a floater by Andre Curbelo, extending the lead to double digits at 35-25, and Curbelo's sweeping runner down the right side of the lane made it an 8-0 run, putting the Crusasers ahead 39-25.

Curbelo and Essam Mostafa each recorded a double-double, with Curbelo scoring a game-high 23 points and grabbing 10 rebounds and Mostafa putting up 12 and 10.

Cisse was the only Christ the King player to score in double figures with 10 points.