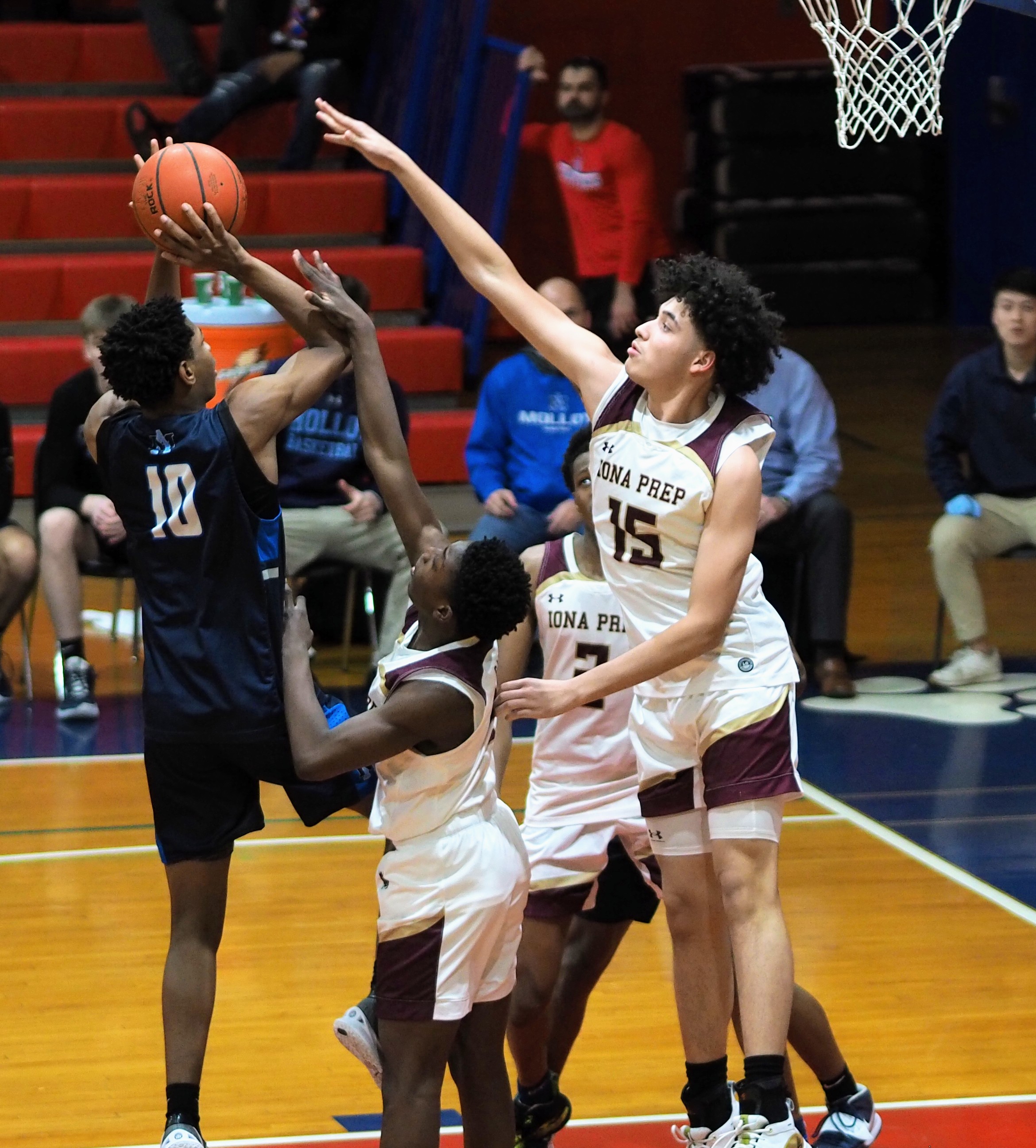 John McCabe scored 20 points and Jayden James had 16, as Archbishop Molloy advanced to the CHSAA intersectional quarterfinals with a 71-61 win over Iona Prep in Queens on Wednesday night.

James scored 8 of his 16 in the second quarter, as the Stanners outscored the Gaels 19-7 in the frame to hold a comfortable 31-18 lead at halftime. Molloy led by double digits for most of the second half, but Iona Prep pulled within three at 40-37 after a corner triple by Blaise New with 2:00 left in the third. The Stanners racked up points in the paint and from the stripe down the stretch, going 7-8 from the line in the fourth.

Chase Robinson added 13 points for Molloy, including three 3-pointers, and Emmanuel Ikioda added 11, all in the second half.

RJ Greene finished with a game-high 22 points and New had 10 for Iona Prep.

Molloy will face St. Francis Prep, the top BQ seed, in the opening CHSAA intersectional quarterfinal game at Hofstra University at 1:00 on Sunday.