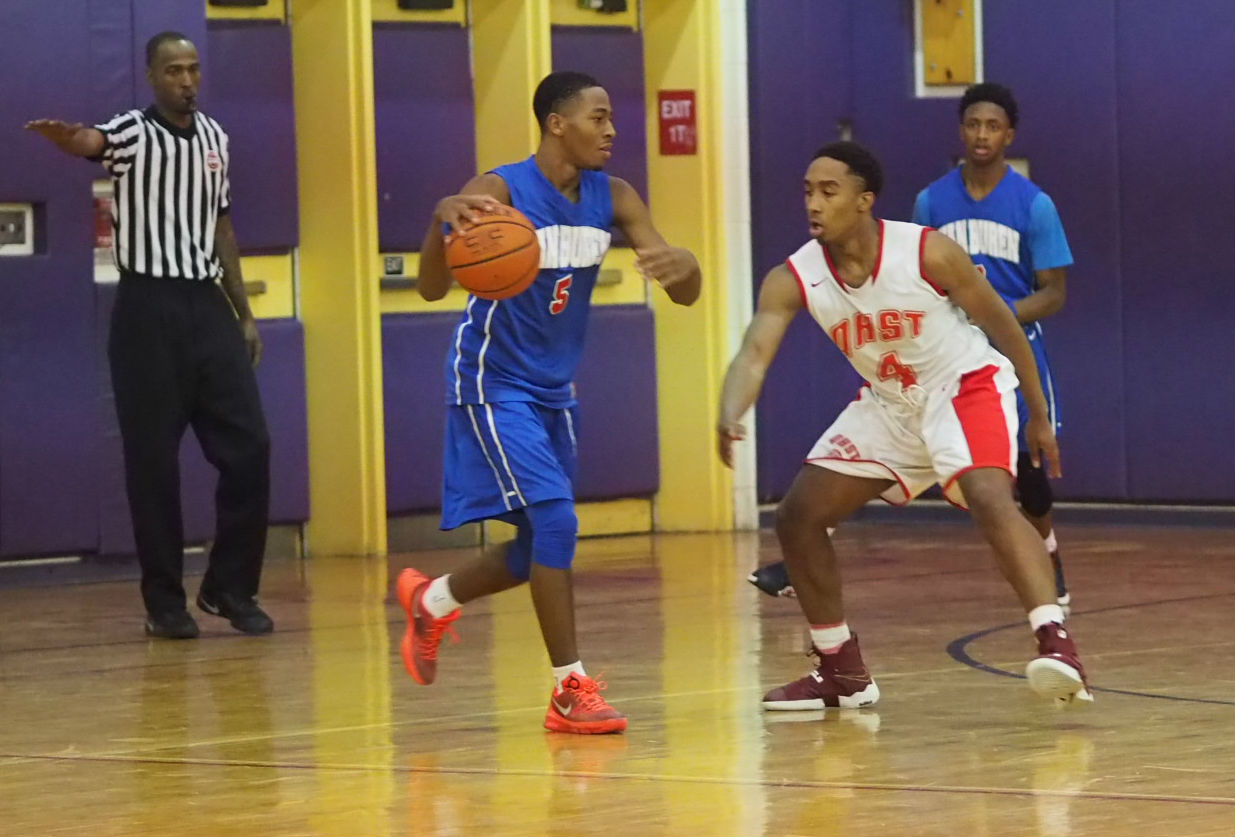 QHST notched a convincing 95-69 win over Van Buren in a PSAL Queens AA boys basketball match-up in Bellerose on Tuesday night. Van Buren stayed close early, but needed a time out when QHST extended its lead to 24-17 with two minutes left in the second. The Tigers, behind senior Kion Hill, outscored the Van Bees 20-9 during the remaining portion of the first half to take a 44-26 advantage into the intermission.

QHST got a big third quarter from senior CJ Kelly, accentuated by a two-handed, crowd-rousing fast-break dunk, as the Tigers put up 32 points in the frame to stretch the lead to 76-41 heading into the fourth.

QHST's active defense was able to create scoring opportunities in transition throughout, forcing turnovers and hurried shots by Van Buren. The Tigers played their reserves for a good portion of the fourth quarter, cruising to the 95-69 win.

Hill had a game-high 24 points and Kelly had 19 points for QHST. Keshon Smith had 13 points for Van Buren. The Tigers are now 2-0 in the grueling PSAL Queens AA division, sharing that top spot with Cardozo, Construction and Springfield Gardens, who are also 2-0 so far.