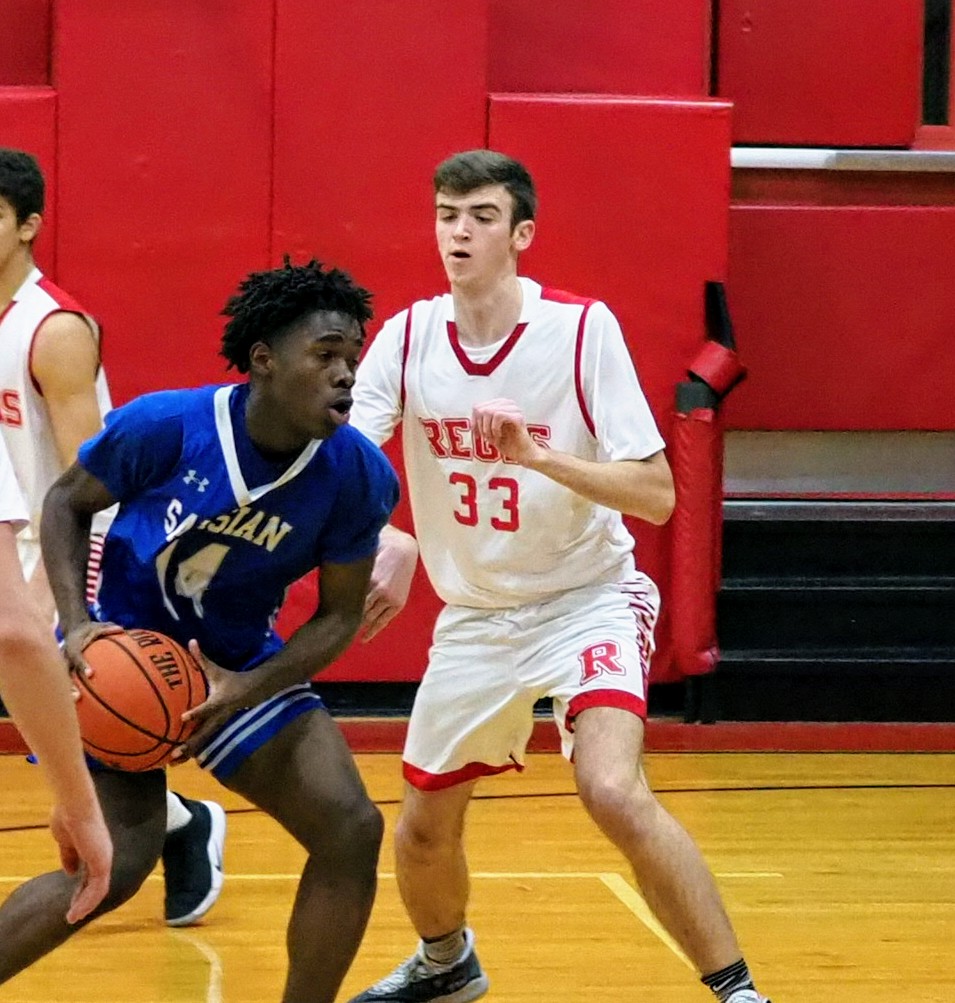 Camar Neil scored 27 of his 32 points in the second half, rallying Salesian past Regis 65-62 in a CHSAA B Division match up in Manhattan on Friday night.

The Eagles overcame a game-high 34 point performance by Joe Manfredi of Regis, who reached the 1,000 career point milestone with 1:40 remaining in the game.

The first half was a back and forth affair, but Regis started to pull away late in the second quarter, taking a 33-25 lead on Manfredi's triple with 40 seconds left in the half. Brayson Reyes kept Salesian close throughout the first 16 minutes, scoring 11 first-half points, all in the paint and on the glass.

Regis struggled to contain Reyes and Neil around the basket, and Salesian tied the game at 39 on a pair of free throws by Neil with 2:42 left in the third quarter. The Raiders scored the next five, taking a 44-39 lead on Manfredi's follow-up at the 1:30 mark, but Neil muscled his way to a 3-point play towards the end of the quarter, bringing the Eagles within three at 45-42 heading into the final frame.

Salesian started doubling Manfredi in the fourth, and although he scored 12 in the quarter, Regis struggled to find points elsewhere. Neil started to take over offensively, scoring 14 of the Eagles' 19 fourth quarter points. His double-clutch in the lane brought Salesian within a point at 49-48 and his 3-pointer knotted the game at 51 with 5:00 left. Yet another bucket by Neil, this one a putback in lane, gave Salesian the lead for good at 55-53.

It looked like Salesian would put the game away after TJ Chisolm's runner in the lane made it 61-57 with under 1:00 left, but the crowd erupted when Manfredi managed to sneak behind a ball screen and connect on a triple on the ensuing possession, making it a one point game at 61-60 with 29.3 ticks left. Now forced to foul, Regis put Neil on the stripe, and he converted both to give Salesian a 63-60 lead. Manfredi brought Regis within a point at 63-62 on a pair of free throws, and the Raiders put Neil on the line again, and again he made both, making it 65-62 with just 11.4 seconds on the clock. Regis tried to get the ball to Manfredi for a game-tying three on the last possession, but the Raiders failed to get a shot off, with Chisolm denying Manfredi the ball.