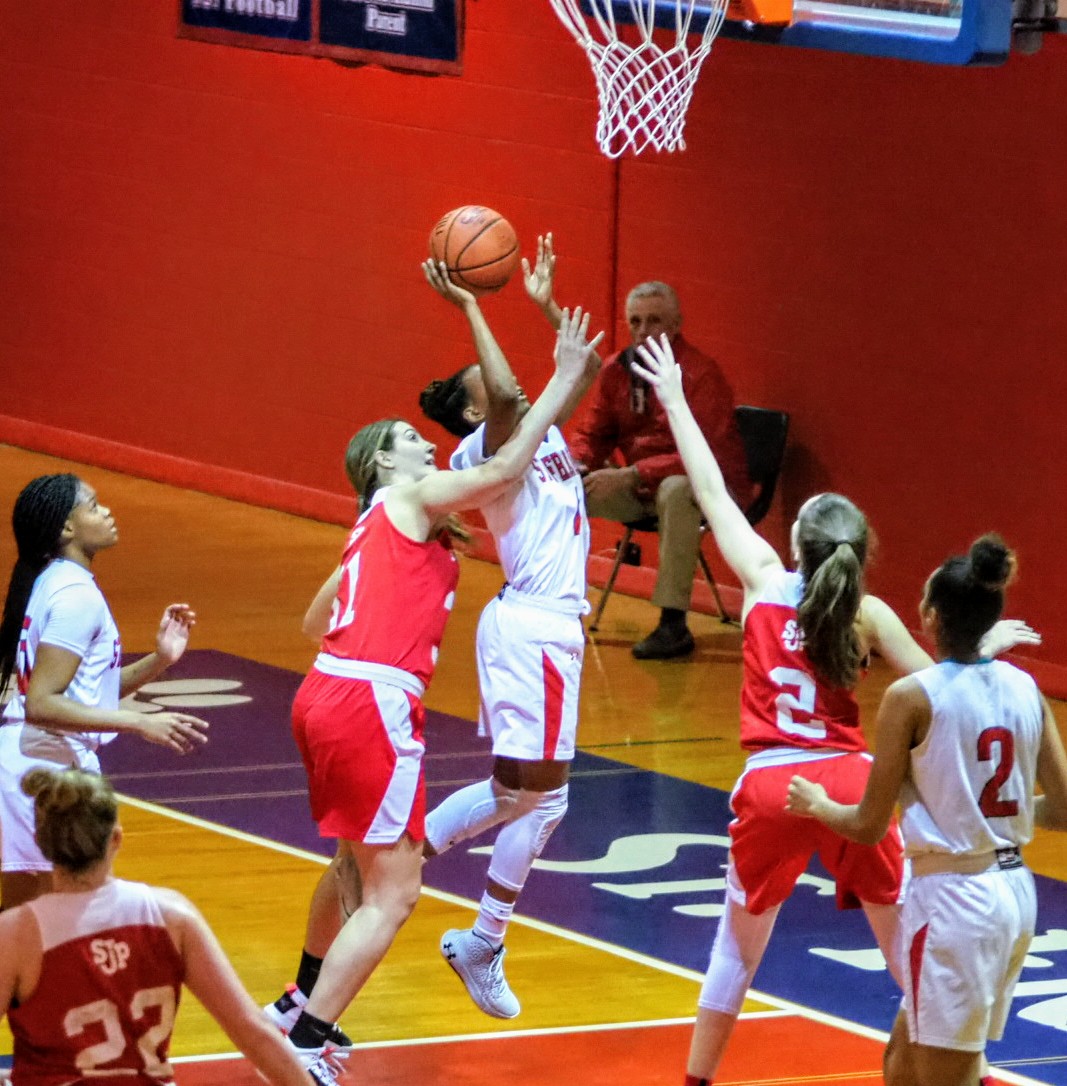 The Lady Terriers outscored St. John's Prep 16-4 in the opening quarter, with Howell scoring 7 herself, and SFP coasted the rest of the way.

Playing in the familiar confines of their home court, St. Francis Prep connected on ten 3-pointers in the game, with Howell converting three and Mackayla Scarlett, Skye Owen and Summer Henderson making two each.

Alexandra Tarul led St. John's Prep with 15 points, but 13 of them came in the second half when the game was already out of reach.

The Lady Terriers will face Xaverian in the final on Saturday. The Lady Clippers, who defeated Bishop Loughlin 61-51 in the first semifinal on Wednesday, will have the home court on Saturday, with the championship game scheduled for a 4:00 tip in Bay Ridge.

The St. Francis Prep and Xaverian boys varsity squads played for the CHSAA Brooklyn-Queens Diocesan title in Fresh Meadows last Friday, with the Terriers coming out on top 58-57, compliments of a tip-in by Latiek Briscoe.