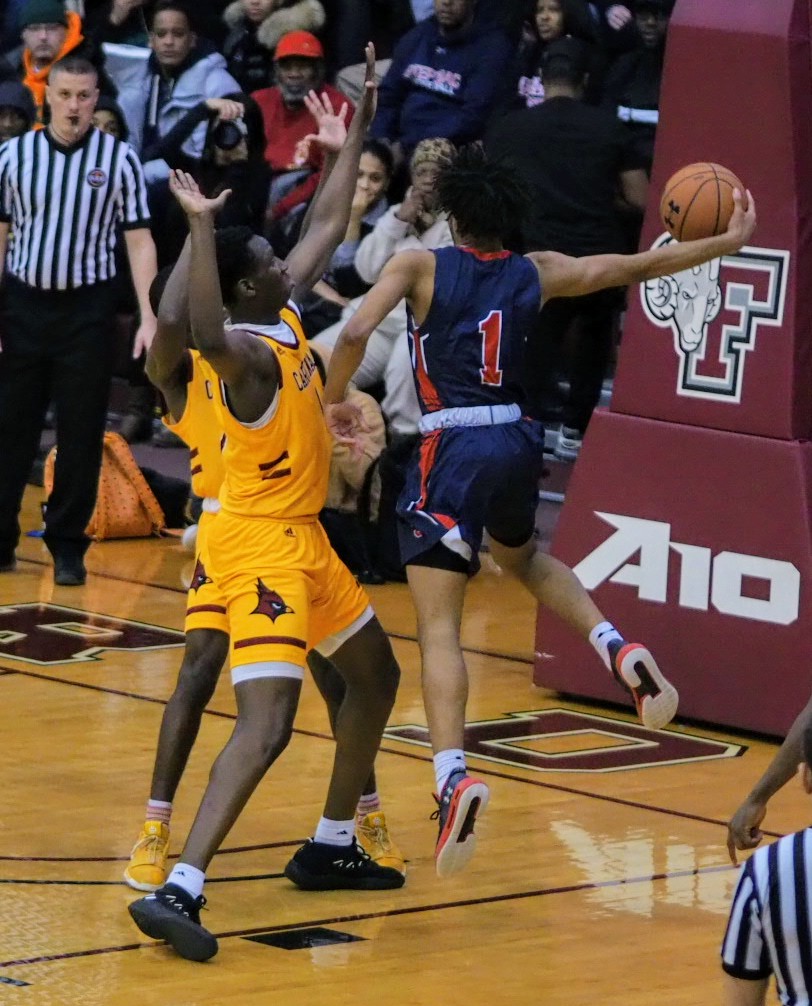 Adrian Griffin Jr. scored 32 points, grabbed 11 rebounds and made 11 of 14 shots from the floor to lead Archbishop Stepinac to a 77-65 win over Cardinal Hayes in the CHSAA intersectional semifinals at Fordham University on Thursday March 7, 2019.

The Crusaders led wire-to-wire, as point guard RJ Davis added 25 points and was a perfect 10 for 10 from the free throw line. Griffin Jr., Davis and Luke Fizulich, who finished with 10 points, combined for 67 of Stepinac's 77 points.

Stepinac took a 20 point lead late in the third quarter before Hayes rallied behind CHSAA AA MVP Joe Toussaint, who had a team-high 24 points. Julien Soumaoro's 3-pointer with 4:03 left got Hayes within five at 67-62, but Stepinac's hot shooting in the fourth thwarted the comeback. The Crusaders went 5-8 from the floor in the final frame, including 3-4 from 3-point range, and were a perfect 9-for-9 from the stripe.

Playing his final game for Cardinal Hayes, Toussaint became the all-time leading scorer in the school's history, finishing with 1,619 career points. Cardinal Hayes was founded in 1941.