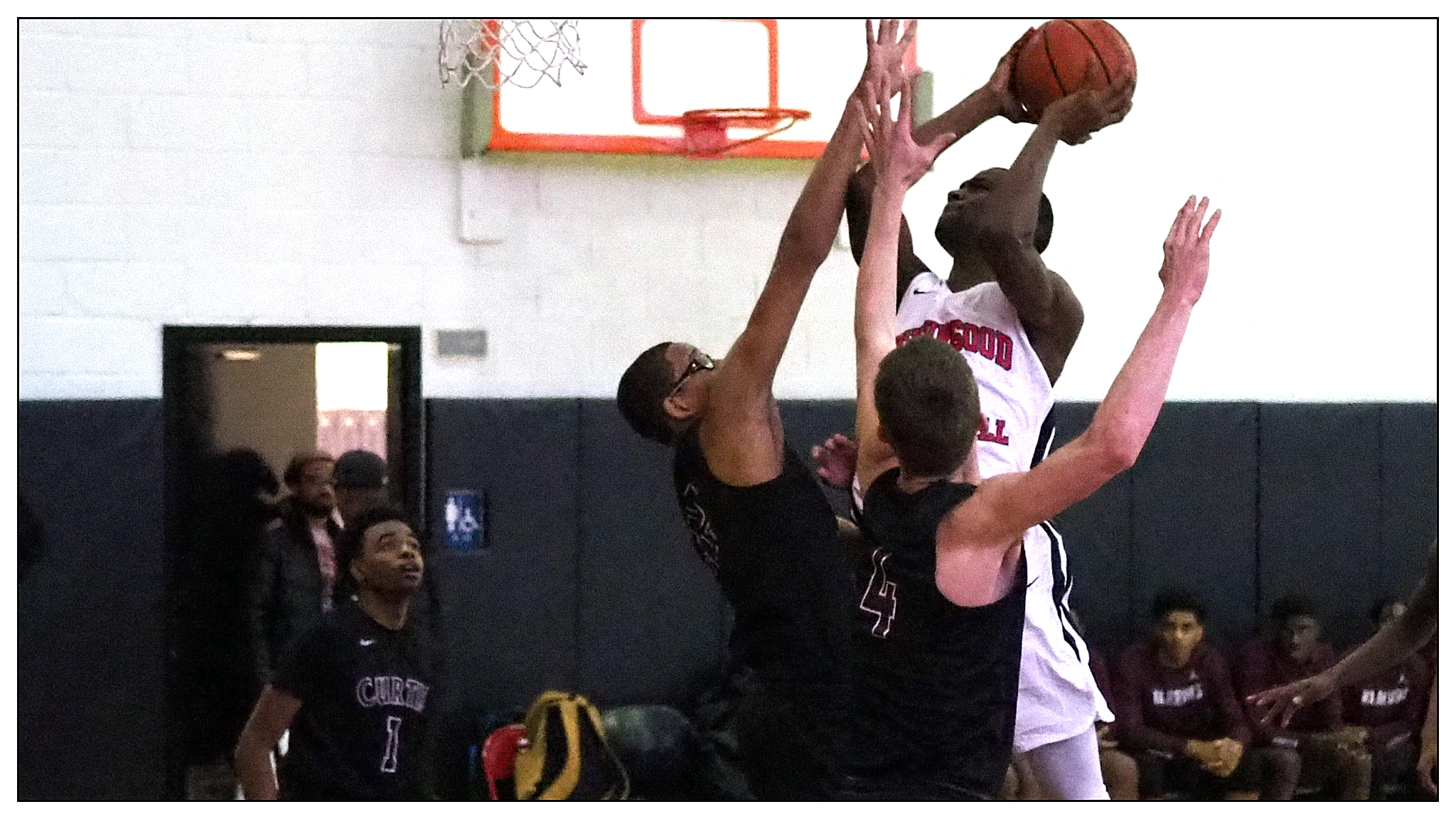 Thurgood Marshall Academy put up 47 first-half points, amassing a 16 point halftime lead before withstanding a late surge by Curtis and securing a 75-71 home win in the finale of the Brown vs. The Board of Education Classic in Harlem on Saturday. Jaylen Denny and George Varmah provided the Panthers with plenty of offensive punch early, as TMA outscored the Warriors 27-15 in the opening eight. Denny scored 16 of his team-high 22 in the first half, while Varmah netted 8 in the first 16 minutes, including an emphatic one-handed dunk on a drive through the lane. Darnell Askew, who had a 50 point outburst in Curtis' rout of Queens PSAL powerhouse Cardozo last week, drew raves from the crowd for his points around the rim, but the Panthers still took a sizable 47-31 lead into the locker room at the break.

TMA took its largest lead of the game at 57-39 early in the third, and the Panthers held a 62-47 advantage after a 3-point play by Kayson Dinkins with 1:34 left in the quarter. Curtis scored the last four in the frame, trimming the margin to 11 at 62-51 after Askew tipped in his own miss and Adeleye Oyekanmi notched a steal and found Jaloni Clark for a runout layup.

Curtis continued to chip away in the fourth, as TMA's offense stalled a bit once the Panthers started to settle for perimeter jumpers. The Warriors pulled within six at 67-61 on Clark's pull-up at the 5:00 mark, and Oyekanmi's jumper in the lane with 3:22 left made it 69-65. Curtis finally tied it at 71 after back-to-back buckets by Askew, the first a one-handed follow-up slam, and the Warriors called for time with 1:09 left. TMA regained the lead at 73-71 when Denny connected on a pair of freebies after being fouled on a drive through the lane, and Curtis came up empty on the next trip. Varmah converted both ends of a one-and-one after a loose ball foul, making it a two possession game at 75-71 with just 19.6 ticks left. The Panthers defended the next possession, icing the win.

Jaylen Denny had 22 points and George Varmah scored 16 to lead TMA to a 75-71 win over Curtis. Darnell Askew had a game-high 27 for Curtis. #PSAL Link to the box score:https://t.co/987XUksvoe pic.twitter.com/W6omGn4Od5

Denny led TMA with 22 points, while Varmah finished with 16 points and Kevin Dinkins Jr. 15 for the Panthers. Askew scored a game-high 27 points for Curtis.

TMA is now 15-3 overall and 8-2 in PSAL league play. Saturday's victory is the third straight quality win for the Panthers, who knocked off James Monroe and Wings Academy on the road over the past week. TMA will host Bryce Arroyo and Samuel Gompers on Friday.

Curtis has already clinched first place in the PSAL Staten Island Division, going 12-2. The Warriors have a non-leaguer on Thursday, when they will visit St. Joseph by the Sea.