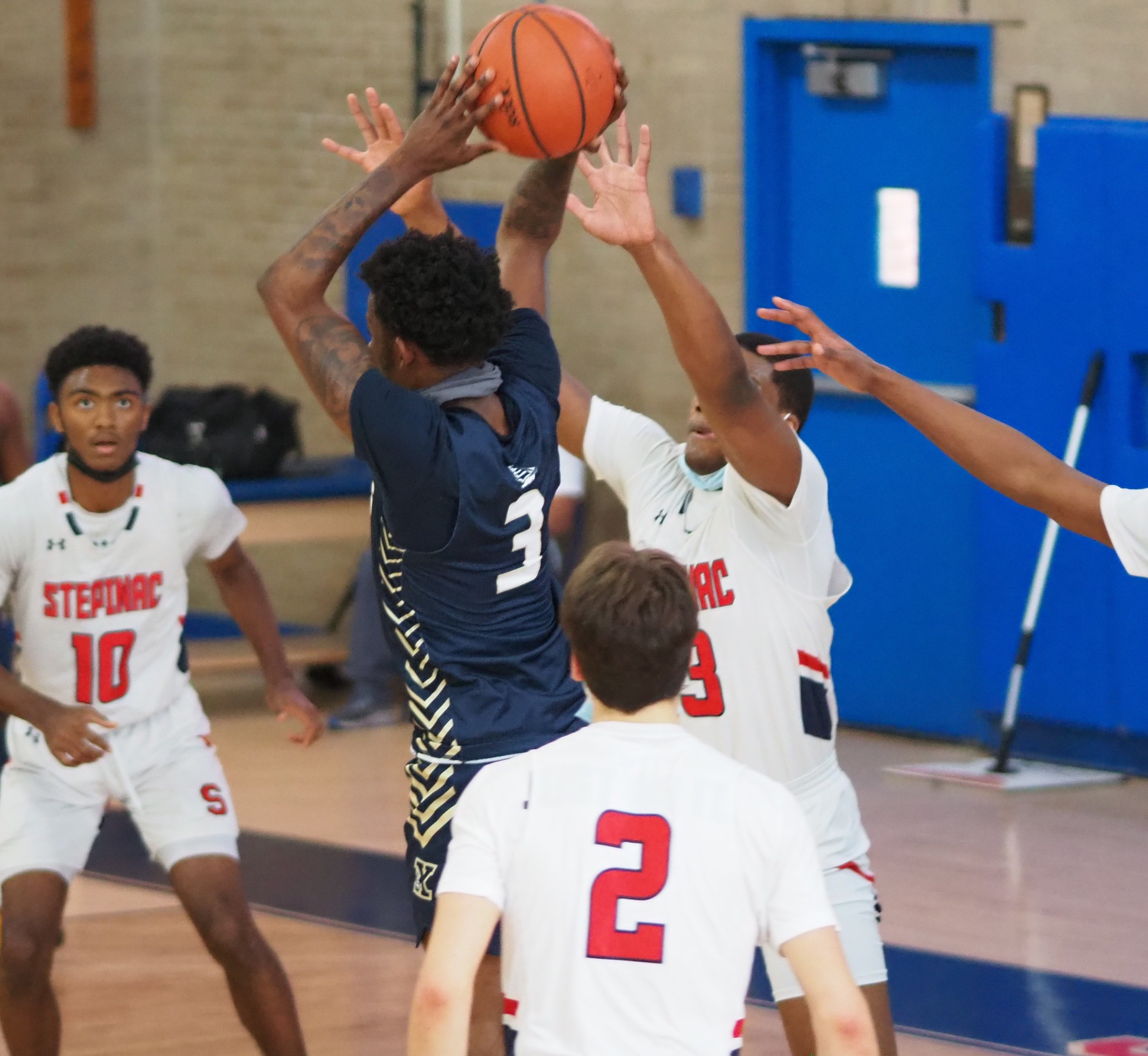 Nick Folk netted a game-high 25 points, including five 3-pointers, as Xaverian outlasted Archbishop Stepinac 57-53 in a double overtime thriller in White Plains on Monday night. Folk scored 14 first-half points, but it was the six he put up in the second extra session that proved decisive in an intense heavyweight New York City CHSAA spring semifinal matchup.

Stepinac held a 40-35 cushion after a driving score by Samuel Gibbs in the closing seconds of the third quarter, but Shawn Fulcher sparked a 9-2 Xaverian rally, and the Clippers took a 44-42 lead after a 3-point play by Folk with just over 2:00 left in regulation.

Shawn Fulcher blocks a shot, runs down a rebound and feeds Michael Walker for a fast break layup during a pivotal 9-2 fourth quarter rally by Xaverian. The Clippers went on to outlast Stepinac 57-53 in double OT to advance to the @CHSAA_NYC spring tourney final. @XaverianBB pic.twitter.com/e2h0o0kJjY

Malcolm Chimezie's basket in the paint tied the game at 44 with 40.8 seconds left, and both teams came up empty on their final trips, sending the game into overtime.

After playing to a draw in the first extra session, Folk connected on a 3-pointer on the first possession of the second overtime to put Xaverian ahead 51-48. Gibbs brought Stepinac within a point at 51-50, but Folk made it a two possesion game at 54-50 when he drained three free throws after being fouled on a triple attempt.

Isaiah Alexander's 3-pointer made it a one-point game again at 54-53, but Xaverian pulled ahead 56-53 after Aaron Goldstein intercepted an inbound pass and made two free throws with 38.7 ticks left. Stepinac failed to score despite numerous chances on their next trip, and the Crusaders were forced to foul when Xaverian took possession on a tie-up. Jaden Pena finally put the game away for the Clippers by making one of two with 6.1 seconds on the clock.

Xaverian advanced to the @CHSAA_NYC spring tournament final with a 57-53 double OT road win at Archbishop Stepinac tonight. The Clippers will face Cardinal Hayes in the final.

Fulcher finished with 12 points and Pena had 10 for Xaverian. The Clippers will face Cardinal Hayes in the final on Thursday night.

Gibbs led Stepinac with 14 points and Jacob Hogarth had 12 for the Crusaders.