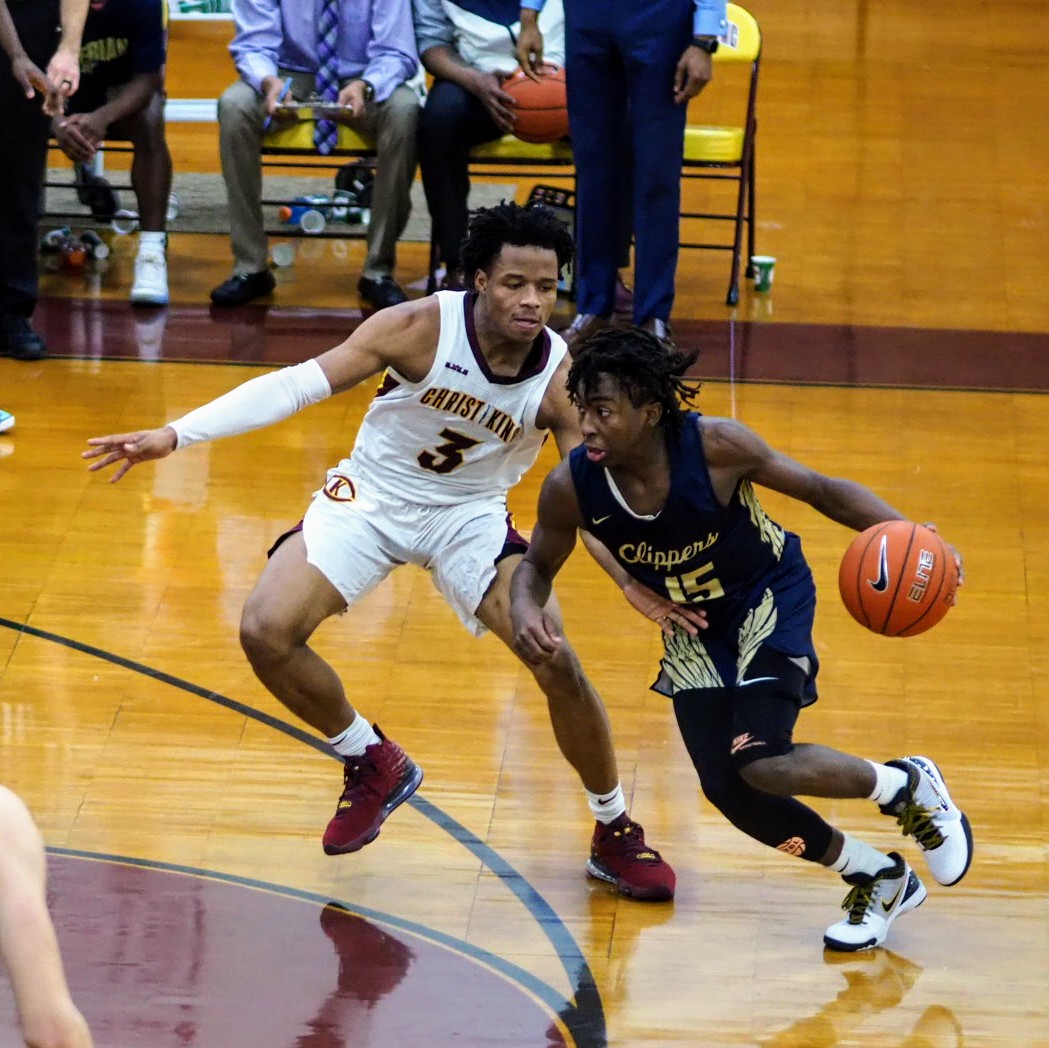 Xaverian wins at Christ the King

Elijah Hardison scored a game-high 17 points to lead Xaverian to a 45-37 win at Christ the King in a Brooklyn-Queens CHSAA league match up in Middle Village on Sunday. The point totals were a season-low for both teams, but Xaverian took advantage of their half-court sets, as Christ the King struggled to contain Hardison in the paint and on the offensive glass. The Clippers held a slim 19-15 lead at the break, but they started to pull away in the third, as Hardison scored 8 of his 17 in the quarter, including a two-handed dunk off a feed from Supreme Niles to put Xaverian ahead 29-22 to close the frame.

Xaverian topped Christ the King 45-37 in Middle Village earlier today. Elijah Hardison led the Clippers with 17 points, including this dunk at the end of the 3rd quarter. @CHSAA_NYC @XaverianBB #HSBB pic.twitter.com/bUhhT6maMy

Christ the King had difficulty finding offense in the second half, especially after 3-point specialist Nicholas Molina left the game with an injury early in the third quarter. Sterling Jones was the only Royal to score in double figures with 12 points, while standout Ryan Myers was held to just 9. Still, Lovell Smith's 3-pointer with 1:26 left trimmed the margin to 42-35, bringing Christ the King within striking distance. Xaverian closed the game out by connecting on free throws down the stretch, going a perfect 8-for-8 in the fourth.

Nick Folk added 13 points for Clippers, who are now 2-1 in CHSAA league play and 9-1 overall. Xaverian will host St. Francis Prep on Friday.

Christ the King is now 0-4 in CHSAA league play and 2-5 overall. The Royals will visit Bishop Loughlin on Friday.