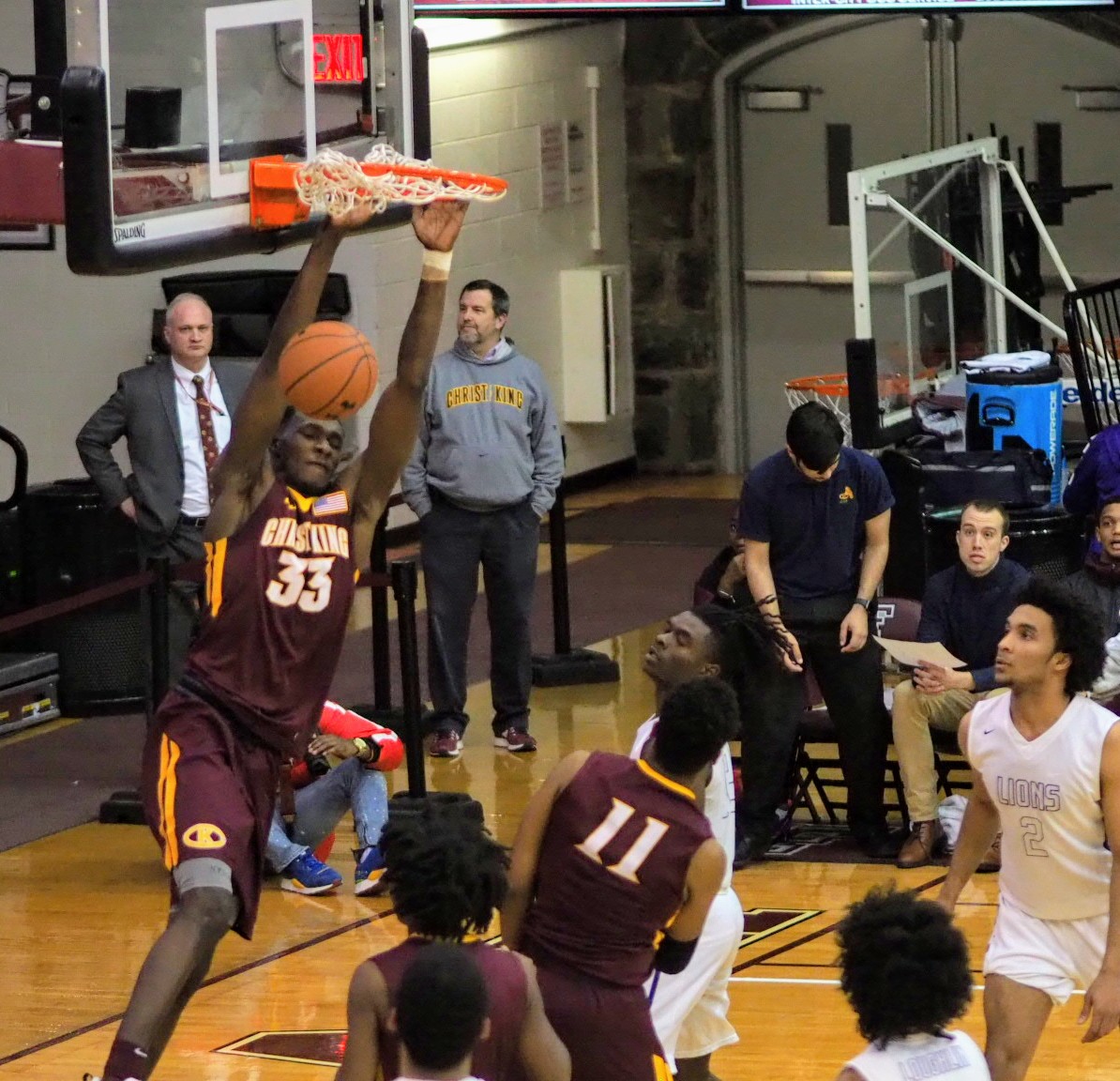 Moussa Cisse scored 22 points, grabbed 19 rebounds and blocked 9 shots to lead Christ the King to a 72-61 win over Bishop Loughlin in the CHSAA intersectional semifinals at Fordham University on Thursday night.

Cisse scored the first two baskets of the game on dunks, the first coming on an alley-oop off a back screen and the second off a fast-break feed from Sterling Jones, as Christ the King opened the game on a 15-3 run and led 18-5 after the first quarter.

#CHSAA AA Semifinal.
End of 1st Q:
Christ the King 18
Bishop Loughlin 5
CTK sharp out of the gate, opening the game on a 15-3 run. #HSBB pic.twitter.com/5PetgCfjwQ

As good as Christ the King's sophomore center was on offense, he was even more of a factor on the defensive end, as Loughlin's standout frontcourt struggled to convert shots in the paint with Cisse protecting the rim. Justin Champagnie (0-8), Jaheim Young (3-17) and Julian Champagnie (5-13) went a combined 8-38 from the floor in the game (21%).

Christ the King took a 25-8 lead on Lovell Smith's 3-pointer with 5:10 to play in the half, and the Royals' advantage ballooned to 24 late in the third quarter before Loughlin staged a rally late in the fourth.

#CHSAA AA Semifinal.
End of 3rd Q:
Christ the King 51
Bishop Loughlin 30
CTK continues to click on offense. Royals led by as many as 24 in the 3rd. #HSBB pic.twitter.com/LfXbbRiviT

Ryan Myers added 17 points for Christ the King and Smith finished with 10.

Chiles finished with 17 points, while Julian Champagnie scored 15 and Maurice Doby 14 for Loughlin. The Lions finished the season with an overall record of 23-4.