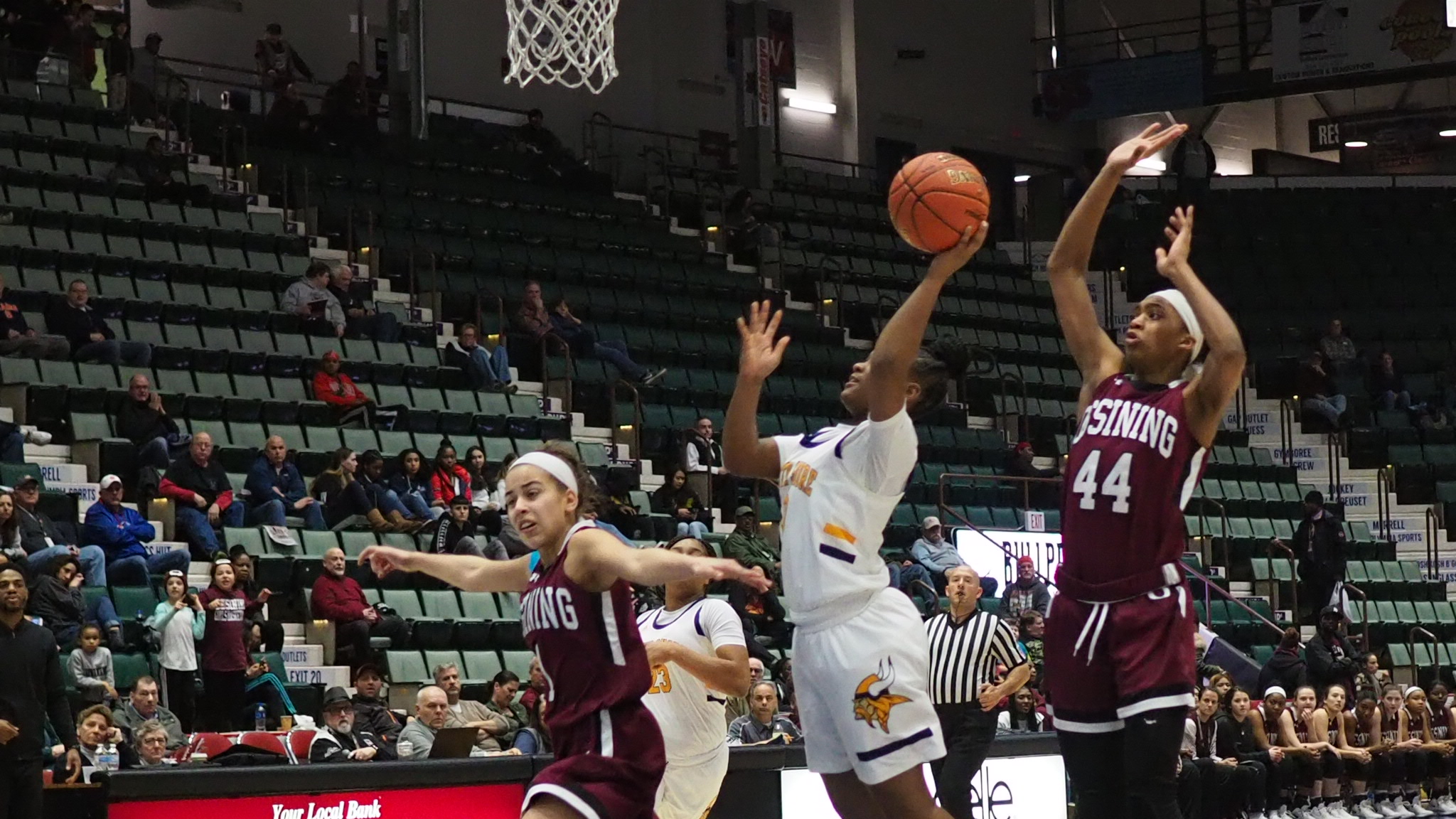 South Shore led 40-32 at the half, with Lacha De Los Santos scoring 15 first-half points, connecting on 5-6 from the floor and 2-3 from 3-point range. The Lady Vikings maintained their eight point advantage at 52-44 after the third frame, but Griffin and Jaida Strippoli sparked an Ossining rally in the fourth, with the Pride taking a 55-54 lead on a jumper by Strippoli with 4:55 left. Ossining stretched it to 59-54 after another basket by Strippoli, this one a 3-pointer, but Danaijah Williams scored 9 of South Shore's next 11 points, and her 3-point play with 24.6 ticks left in regulation gave the Lady Vikings the lead back at 65-64.

Griffin tied the score at 65 after making 1 of 2 from the line with 12 seconds left, but South Shore could not get off a clean look on the last possession.

De Los Santos fouled out on the first possession in overtime, and that proved to be too much for South Shore to overcome, as the Lady Vikings were outscored 16-11 in the extra session.

De Los Santos finished with 20 points, while Williams and Chloe Wilson scored 18 each for South Shore. Julia Iorio and Strippoli complimented Griffin's 39 point effort with 18 and 12, respectively. Griffin is a McDonald's All-American and was recently named Miss New York Basketball.

The free throw disparity in the game was stark. Ossining got to thre stripe 53 times, connecting on 31, while South Shore had just 20 free throw attempts, making just 11.