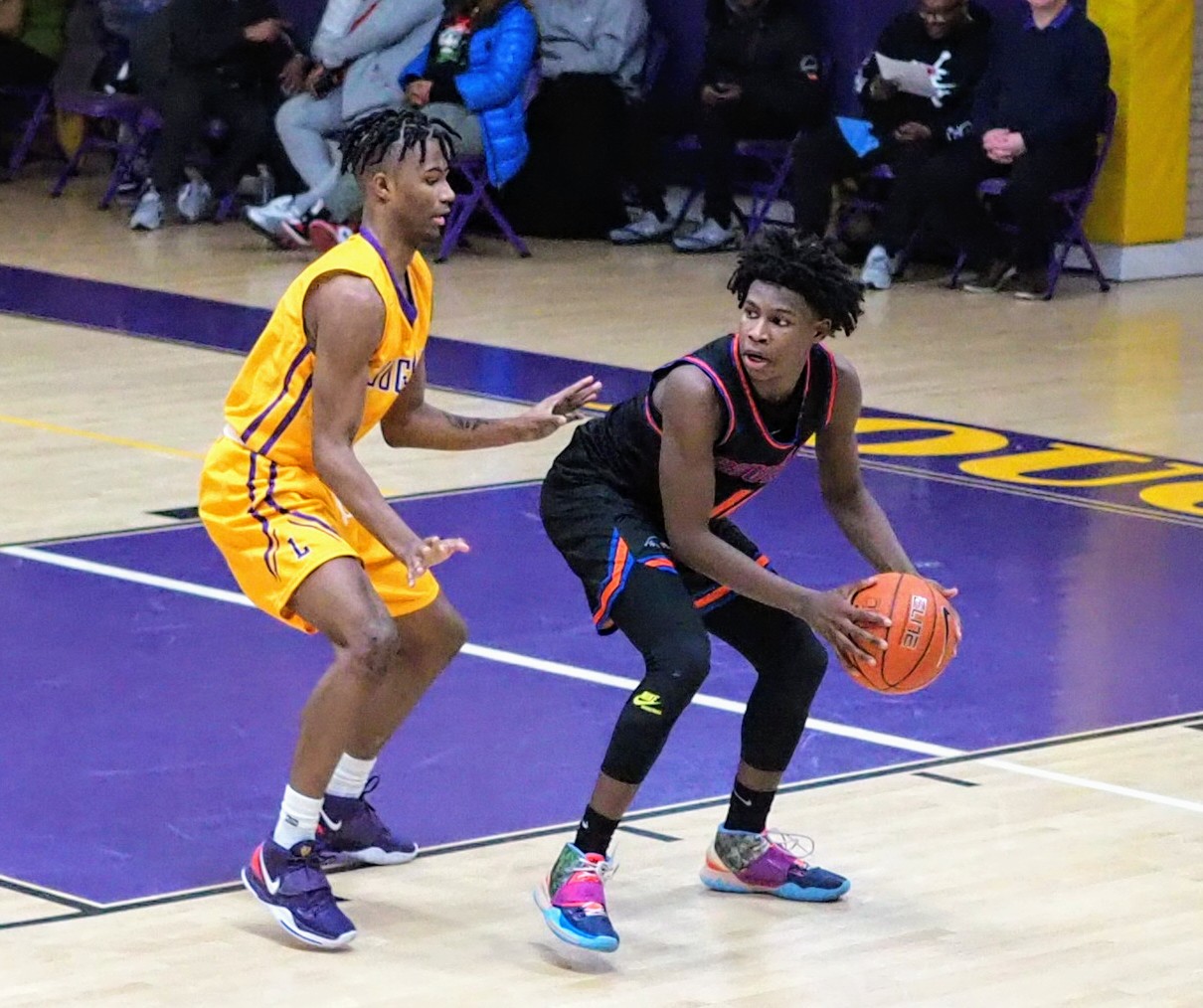 St. Raymond put up 58 first half points and cruised to an 87-61 win over Bishop Loughlin in Brooklyn on Friday night. The Ravens looked razor sharp on both ends of the court, forcing turnovers with their pressure defense and getting easy baskets with crisp passes on offense, making it a long night for Loughlin on their home court.

Loughlin called for a timeout after falling behind 6-0, and although Taj Chiles was able to dribble through the Ravens defense on a few early possessions, the relentless ball pressure was too much for the Lions, as turnovers quickly accumulated and St. Raymond took advantage by consistently finishing plays at the rim. Reggie Hudson's layup put St. Raymond ahead 14-4 and the Ravens took a 16-6 lead after Malachi Smith found Luis Kortright for an alley-oop dunk with 4:30 to play in the first quarter.

Halftime: St. Raymond 58 Bishop Loughlin 32. Ravens were razor sharp on both ends in the first half. #HSBB pic.twitter.com/O7ChxYE03O

The lead ballooned to 34-13 after a series of Loughlin inbounding miscues at the end of the first frame, and St. Raymond tacked on another 24 points in the second, taking a commanding 58-32 lead at the half.

Kortright led the Ravens with 22 points, while Smith scored 19 and Hudson 15. Gary Grant, St. Raymond's frontcourt standout who is slowly being reinserted into the rotation after returning from an injury, saw limited action in the second half, scoring 5 points.

St. Raymond is now 9-1 in CHSAA league play, a half game ahead of Archbishop Stepinac in the NY Archdiocesan standings. The Crusaders are 8-1 after a 77-67 win over Cardinal Hayes on Friday night.

The Ravens, currently ranked 33rd nationally in the Ballislife Fab 50, will have a week's rest before their next game, a league matchup at Cardinal Hayes next Friday.

Bishop Loughlin is now 2-6 in league play and 4-12 overall. The Lions, who will visit Christ the King on Sunday, have lost 7 straight games and 9 of their last 10. On a positive note, Loughlin Head Coach Ed Gonzalez, who fainted during the Lions' league opener at St. Francis Prep back on December 3rd, reportedly returned home this week.