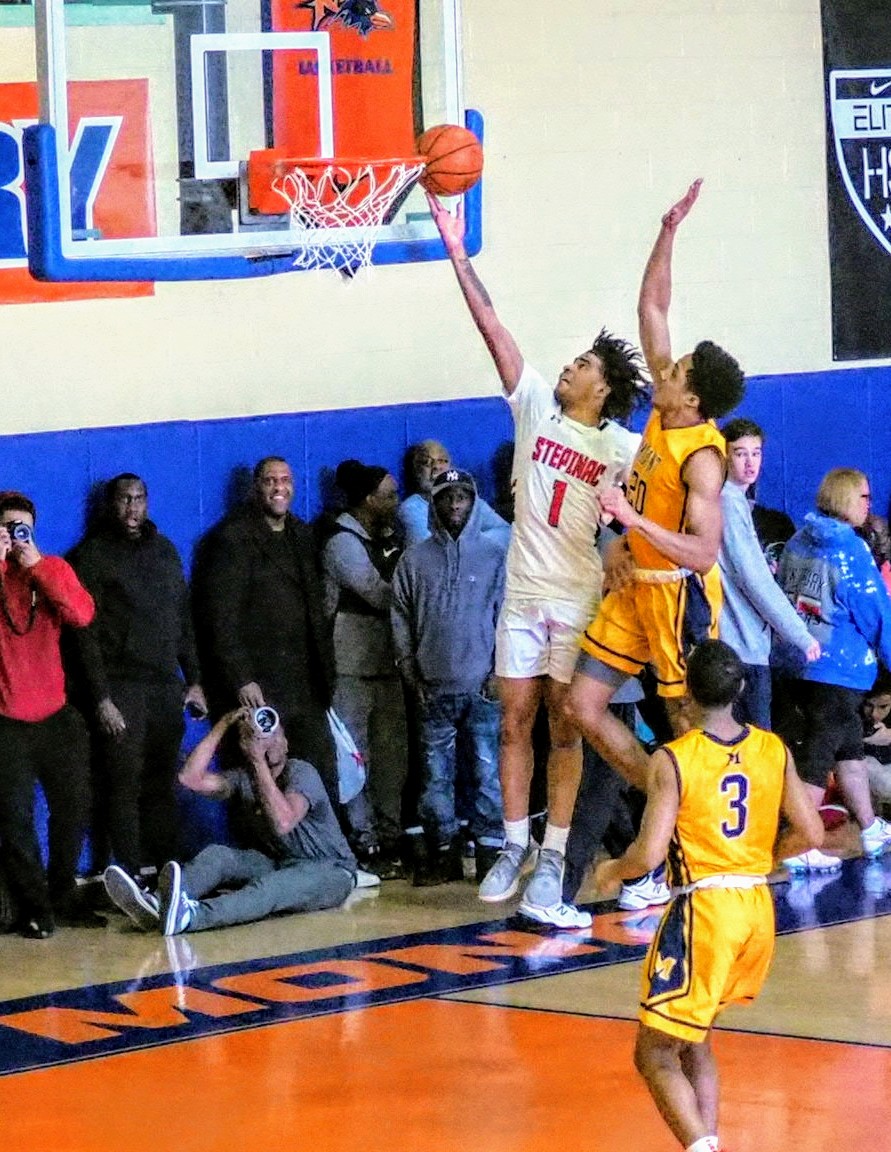 Archbishop Stepinac burned the nets at St. Raymond High School in the Bronx on Sunday, showcasing an impeccable offensive performance that powered the Crusaders past Mount Saint Michael 99-62 in the CHSAA New York Archdiocese quarterfinals.

Stepinac connected on 17 3-pointers in the game, with Luke Fizulich accounting for 7 by himself. McDonald's All-American and North Carolina commit RJ Davis registered a triple-double with 22 points, 11 rebounds and 10 assists, and Duke commit Adrian Griffin Jr, returning to the lineup for the first time since being sidelined with an injury sustained on January 3rd, recorded a double-double, scoring 12 points and collecting 11 rebounds in limited minutes. According to Josh Thomson of lohud, Griffin Jr eclipsed the 1,000 career point total for his high school career.

That includes Griffin's time at Stepinac and the 123 points his first two seasons at Ossining as a seventh and eighth grader. https://t.co/qNbsAM3h5G

Stepinac went on to outscore Mount 19-3 in the second, holding the Mountaineers without a field goal. The Crusaders hit a head of steam after Griffin Jr. scored 7 straight and Davis closed the half with a leaning pull up 3-pointer that bounced in just ahead of the halftime horn, putting Stepinac in front 38-29 at the break.

Halftime: Stepinac 38 Mount 29. Crusaders closed the half getting 7 straight points from Adrian Griffin Jr and this pull-up 3-pointer by RJ Davis just ahead of the halftime horn. @CHSAA_NYC @step_basketball @MSM_basketball #HSBB pic.twitter.com/dkXy7yiI1x

The Crusaders put up 61 points in the second half, as Fizulich tacked on 4 more 3-pointers to finish with 21 points, while Malcolm Chimezie scored 8 of his 13 points in the final frame. Samuel Gibbs (9 points) and Matt Brand (11 points) had three triples each for Stepinac.

Wattara and Campbell finished with 15 points each, while Hawkins scored 13 for Mount.

Stepinac will face Cardinal Hayes in the semifinals, scheduled for a 6:00 pm tip at Mount Saint Michael Academy in the Bronx on Tuesday night. Hayes advanced with a 58-41 win over St. Peter's earlier on Sunday.