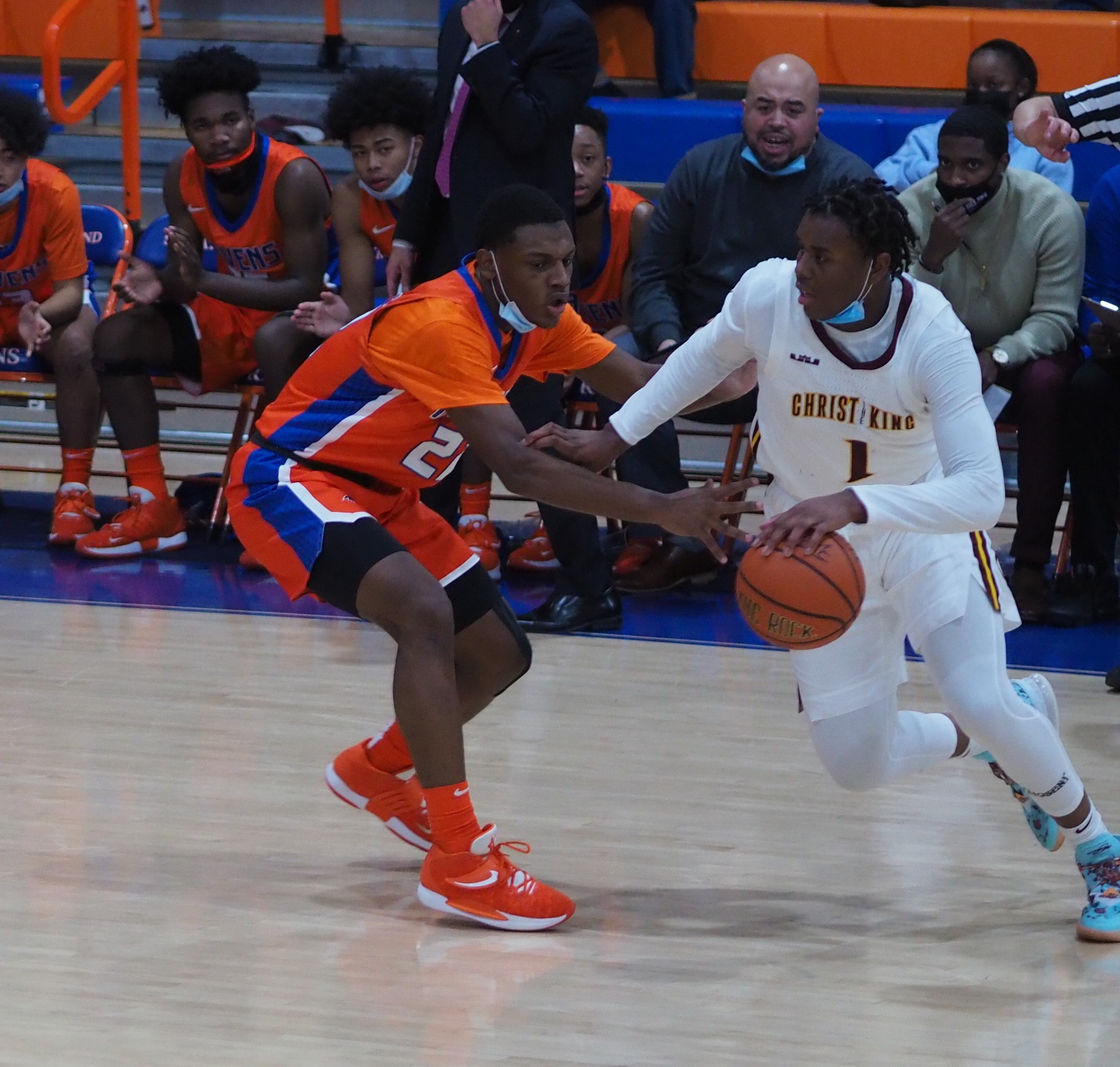 Christ the King opened the game on a 20-2 run and raced past St. Raymond with a muscle-flexing 72-42 road win in the Bronx on Wednesday night.

The Ravens finally answered the Royals' opening spurt by rallying with 6 straight, narrowing the margin to 20-8 at the end of the first quarter after a one-handed dunk by Ahmir Moore.

Christ the King turned it on again, outscoring St. Raymond 17-11 in the second to hold a comfortable 37-19 lead at the half.

Convincing win by Christ the King over St. Raymond in the Bronx tonight. Brandon Williams scored a game-high 20 points for the Royals. #HSBB #Fab50
Link to the box score⬇️https://t.co/IdHCOjuaha pic.twitter.com/OooZnYNlUL

The Ravens tried to press their way back into the game, but they struggled to convert turnovers into points and were outrun by Christ the King's frontcourt on press-break possessions. The Royals led by more than 20 points for most of the second half, and the lead swelled to 59-29 on a 3-pointer by Jaylin Lewis with 7:02 left in the fourth.

Brandon Williams finished with a game-high 20 points and Dwayne Pierce scored 12 for Christ the King. The Royals are now 1-1 in CHSAA league play and 3-1 overall, and will visit Holy Cross on Friday.

Moore led St. Raymond will 11 points. The Ravens got to the foul line 26 times in the game, but connected on just 11. Now 2-2 in CHSAA league play, St. Raymond will face nationally-ranked Archbishop Stepinac on a neutral court (Roselle Catholic) on Sunday afternoon.