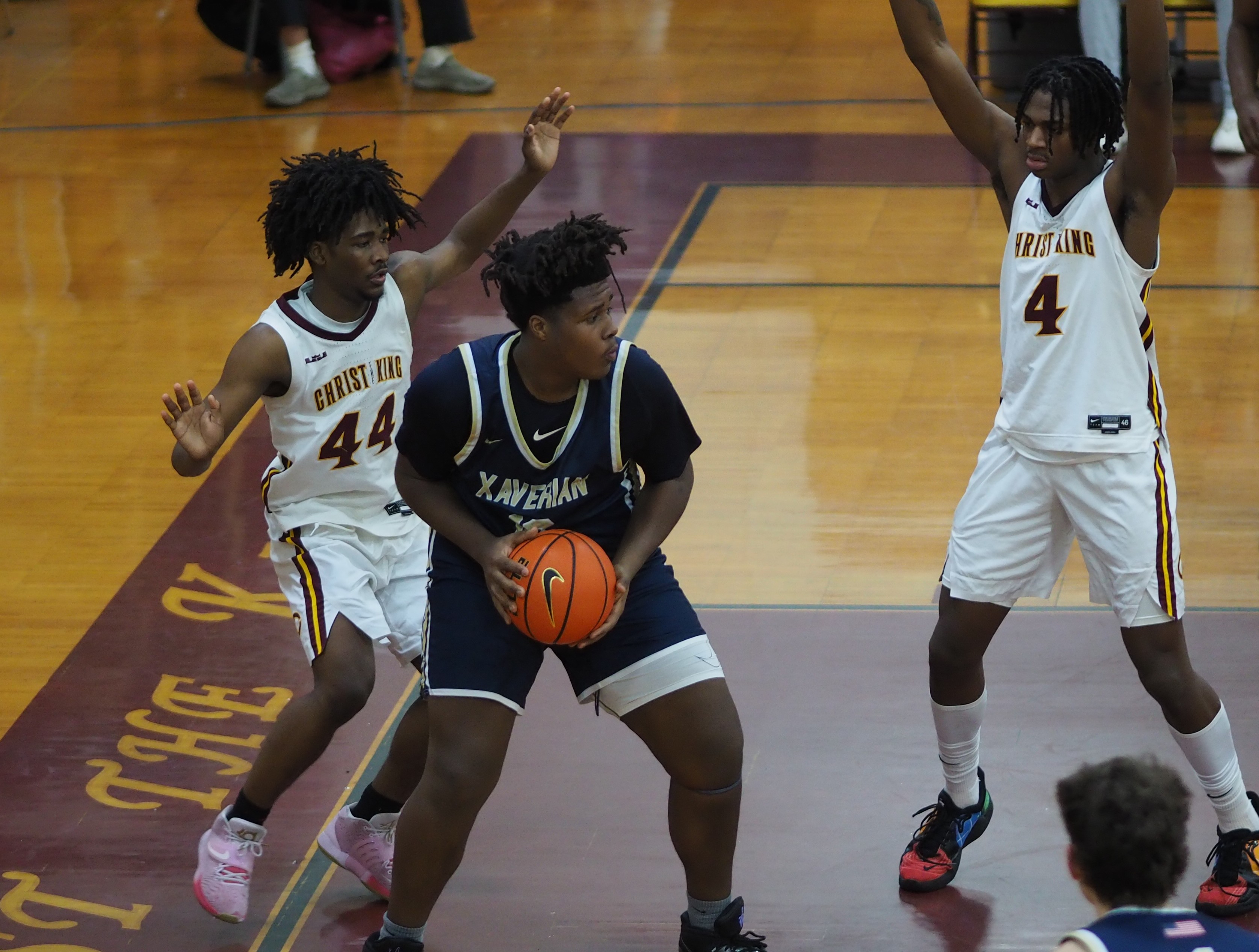 Christ the King remained unbeaten in CHSAA league play (6-0) with a 63-36 home win over Xaverian in Middle Village on Sunday.

The Royals' defense held the Clippers to just seven points in the second and fourth quarters, and Xaverian's 36 point output was by far its lowest of the season to date (the closest being its 50-49 loss to Molloy on December 9th).

Christ the King netted nine 3-pointers in the game, with Devin Vanterpool connecting on four as part of his team-high 14 points. Kiyan Anthony scored 12 and Brandon Williams 10 for Christ the King.

Nasir Muhammad scored 14 and Aaron Goldstein had 10 for Xaverian.

At 8-2 overall, four of Christ the King's next six games are non-league contests before they host Archbishop Stepinac in a showdown on January 22nd.

Xaverian is now 2-3 in CHSAA league play and 7-5 overall. The Clippers will host Archdiocese heavyweight and defending CHSAA AA champs Cardinal Hayes in Brooklyn on Tuesday.