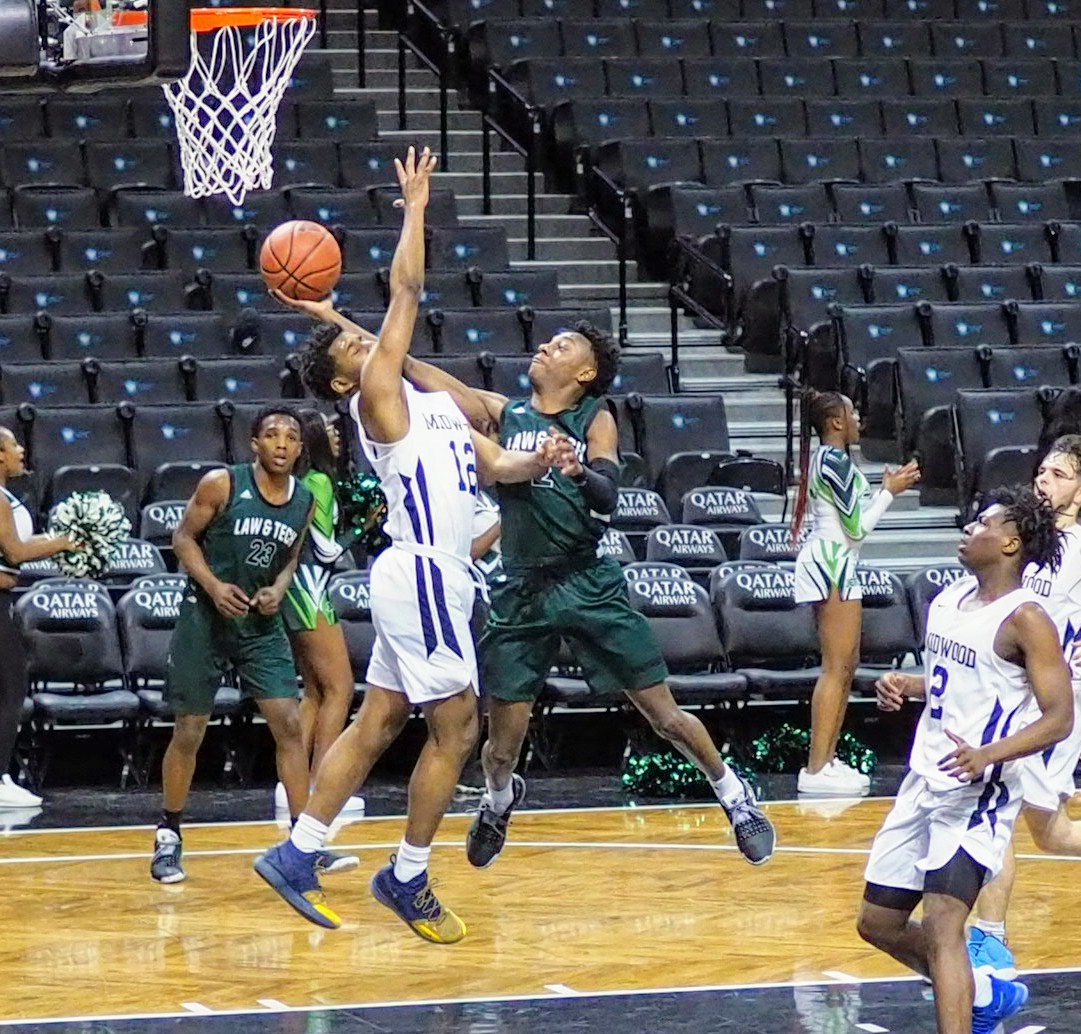 Davonta Cook scored a game-high 26 points, as Brooklyn Law & Tech opened on a 16-0 run, cruising to a 52-37 win over Midwood in a PSAL Brooklyn A clash played at the Barclays Center on Tuesday night.

Jets opened the game on a 16-0 run. #PSAL pic.twitter.com/pWS2tWA3jL

Cook connected on a trio of triples to open the game and four in the first frame, scoring the first 9 points and 14 of the Jets' 16 points during the early spurt.

Midwood went scoreless in the first 7:00 of the game, and although the Hornets settled in after the early drought, Brooklyn Law & Tech held a double digit lead the rest of the way.

The Jets, currently ranked 5th in NYS and 1st in NYC by the New York State Sportswriters Association, played most of the game without Joseph Pena, who injured his ankle on the opening possession and did not return.

Brooklyn Law & Tech is now 15-0 in PSAL league play, tops in the Brooklyn A6 standings. The Jets will visit Bedford Academy in their league finale on Friday.

Midwood is now 8-9 in PSAL league play, occupying the third spot in the Brooklyn A1 standings behind Canarsie (14-2) and Erasmus Hall (11-6). Vladislav Svidruk scored 11 points and Thierry Blyden had 10 for the Hornets.