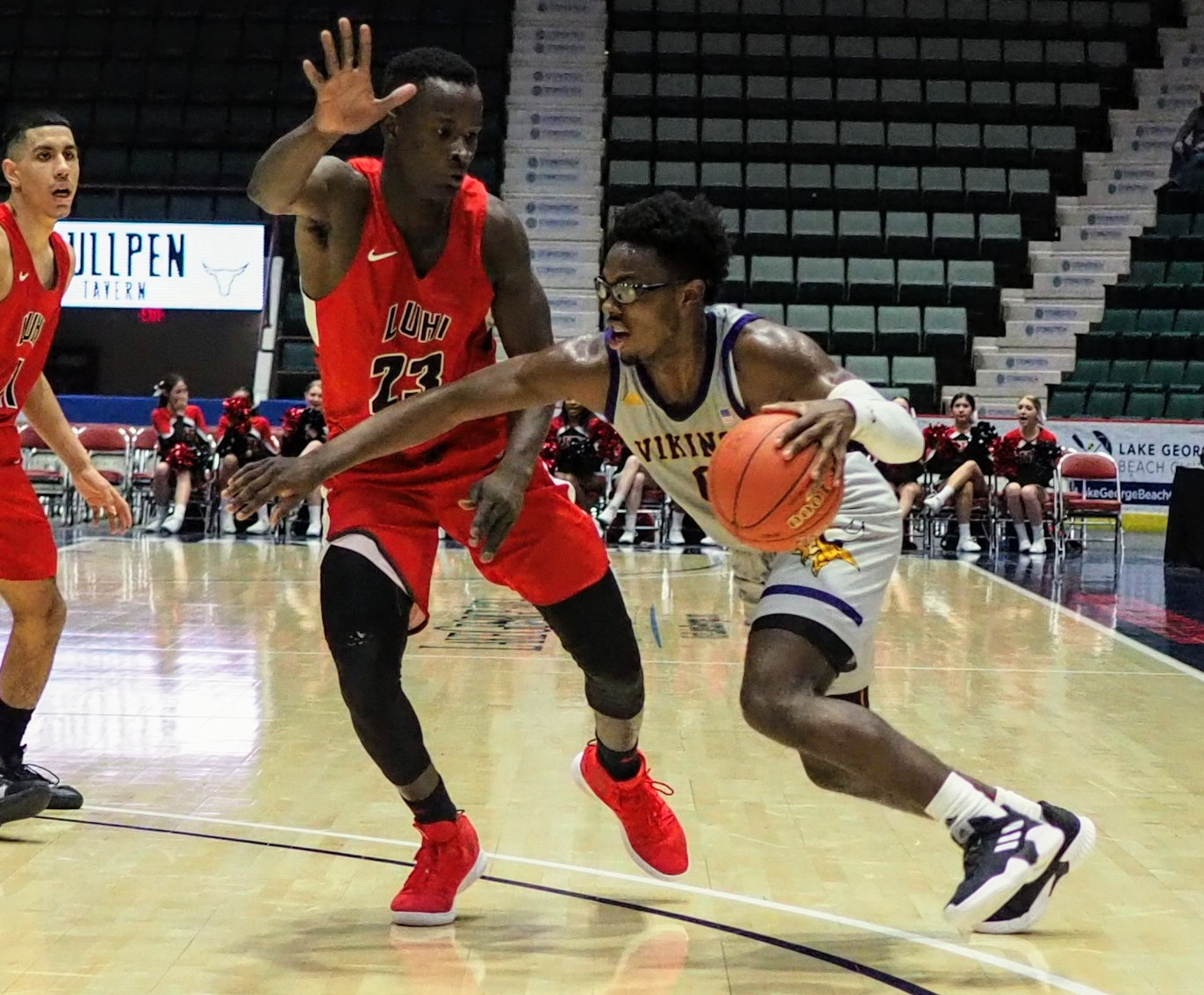 Andre Curbelo scored a game-high 31 points to lead Long Island Lutheran, the top-ranked team in New York State, to a wire-to-wire 77-53 win over PSAL champs South Shore in the New York Federation Semifinals in Glens Falls on Friday night. Curbelo made 8 of 14 shots from the floor and went 15-for-16 from the stripe, as the Crusaders looked razor sharp playing their first game since defeating Federation Class A finalist Albany Academy 75-68 on February 23rd. South Shore, coming off its second straight PSAL title at Madison Square Garden a week earlier, struggled to convert shots against LuHi's stifling defense, managing to knock down just 14 of 48 shots from the floor and going 3 for 17 from 3-point range.

In a physical game with a heavy whistle, particularly in the second half, South Shore was also outrebounded 40-26. Fifty-nine fouls were called in the game, yielding a total of 74 free throws and resulting in six players fouling out, including South Shore starters Kadary Richmond, Isaiah Richards and Femi Odukale.

Richmond scored 20 points for the Vikings, while Dwight Davis Jr. finished with 11.